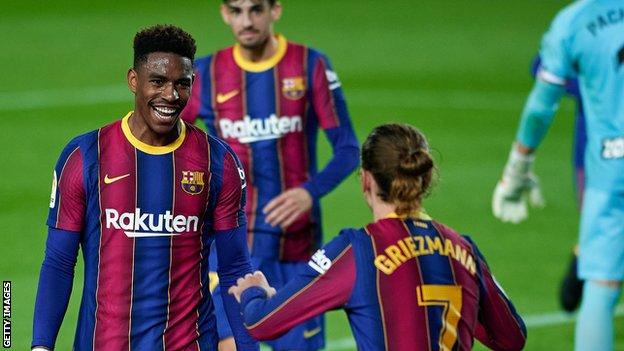 Leeds United have signed full-back Junior Firpo from Barcelona for about £13m on a four-year deal.

The 24-year-old moved to the Nou Camp from Real Betis in the summer of 2019 and made 41 appearances for Barca, who have included a 20% sell on clause in the deal with Leeds.

"I think in this team I can show the player that I am," he said.

Firpo, who was born in the Dominican Republic and moved to Spain at the age of six, is an admirer of Leeds manager Marcelo Bielsa, who had two spells working in La Liga as boss of Espanyol and Athletic Bilbao.

"I know the coach that he is, and for me he is a really good coach. He wants to press all the time, play one against one many times, and for me that's my football," Firpo said.

"Physical football, running, having the ball, for me it's not a problem and I think he will help me go to another level."