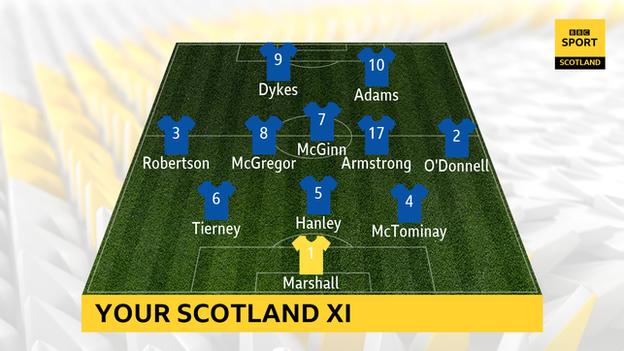 Scotland's date with destiny is almost here - so who made your team to face Croatia?

Following Monday's results, victory would take Scotland through to the last 16.

The bombshell of Billy Gilmour testing positive for Covid-19 threw Steve Clarke's plans for the Group D finale into disarray and Stuart Armstrong should be the only change to the team that drew with England, according to BBC Sport readers.

The preferred 3-5-2 formation also features the same front two as at Wembley - Che Adams and Lyndon Dykes - as the Scots seek their first goal in the tournament.