Former Australia head coach Ange Postecoglou, who has been installed as the bookmakers favourite to be Celtic's new manager, is well known to the Glasgow club's hierarchy as his current club, Yokohama F Marinos, are owned by the City Group, who have developed close links with them in recent years.

Celtic's three-month chase for Eddie Howe collapsed because the Englishman was not prepared to take the manager's job without his full backroom staff from Bournemouth, including Richard Hughes, Stephen Purches and Simon Weatherstone, but some of them did not want to move north. (Daily Record)

Physiotherapist Jonny King ended his seven-year spell with Bournemouth by insisting on social media that he is not on his way to Celtic. (The National)

St Johnstone manager Callum Davidson has emerged as a potential candidate for the Celtic job after a deal for former Bournemouth boss Eddie Howe collapsed. (The Scotsman)

Peterborough United's hopes that forward Siriki Dembele, who has been linked with Celtic and Rangers, will sign a new contract are fading fast, with the 24-year-old having failed to respond to the offer of a new deal beyond the end of next season. (Peterborough Telegraph)

Celtic striker Leigh Griffiths has admitted he did not deserve a place in Scotland's Euro 2020 finals squad - as he admitted he has potentially played his last game for the Scottish Premiership club. (Daily Record)

Hibernian's new signing from Inverness Caledonian Thistle, 20-year-old winger Daniel Mackay, says he chose the Edinburgh club over several others because of the feeling he got when he met their layers and head coach Jack Ross - and the way the club welcomed his mum, Karen. (Edinburgh Evening News)

Rangers striker Alfredo Morelos has tested positive for Covid-19 while on international duty with Colombia, but it is not known if he caught the virus before or during his time in his national team's camp. (Scottish Sun)

Scottish football set for a "transformational" Covid testing change ahead of the new campaign, with Scottish FA vice-chairman Mike Mulraney backing a move to lateral flow testing in place of the current PCR kits. (The Herald)

Lowland League clubs have been threatened with expulsion from the Premier Sports Cup unless they admit Brechin City to their division instead of the Highland League after the Angus club were relegated from League 2. (Daily Mail, print edition) 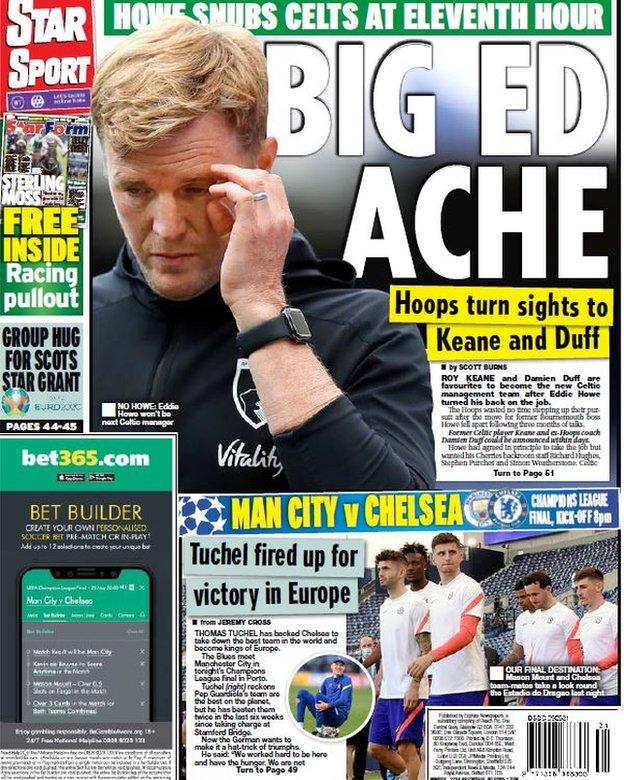 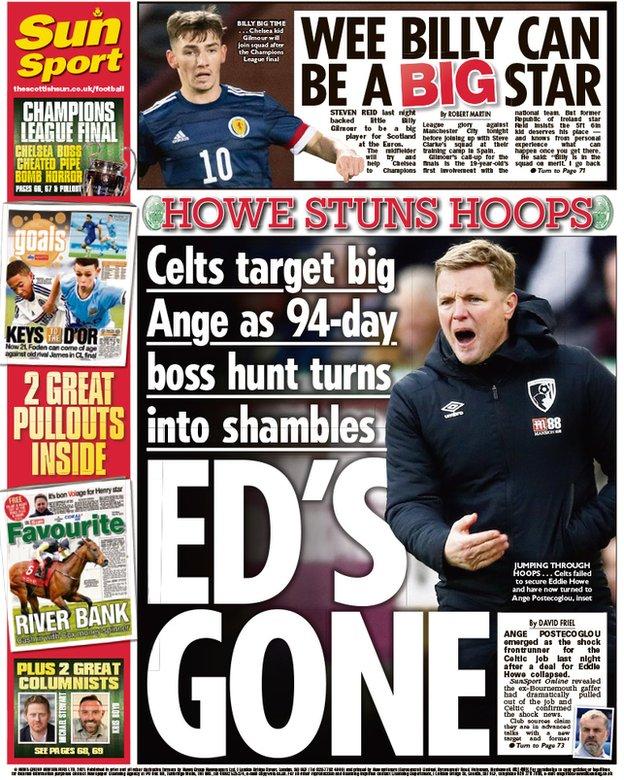 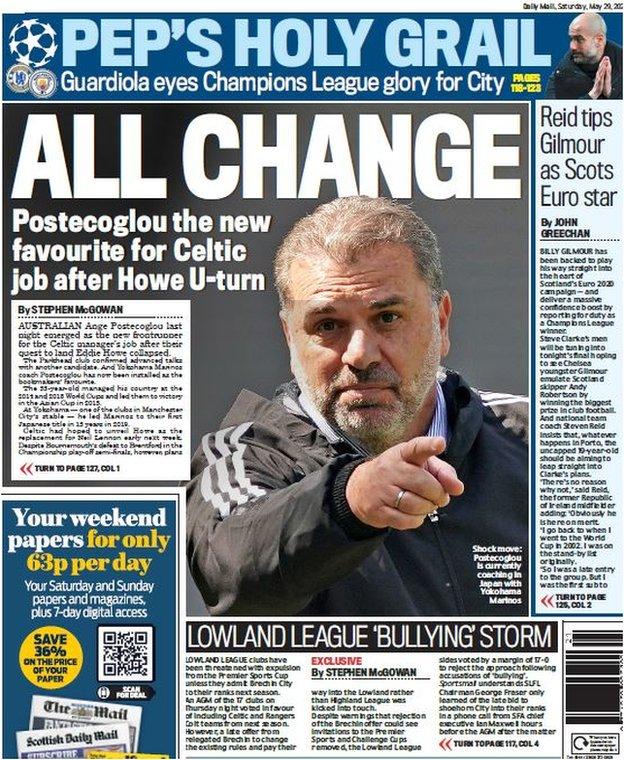 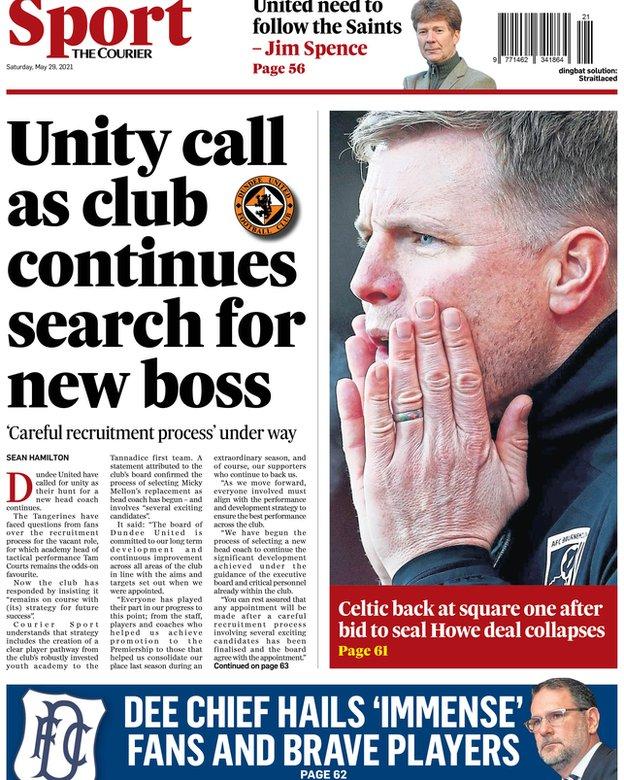 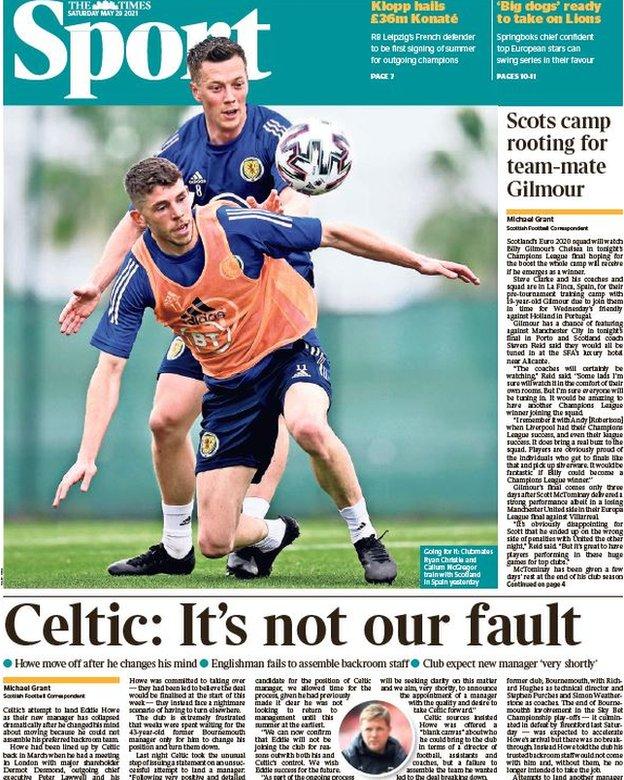 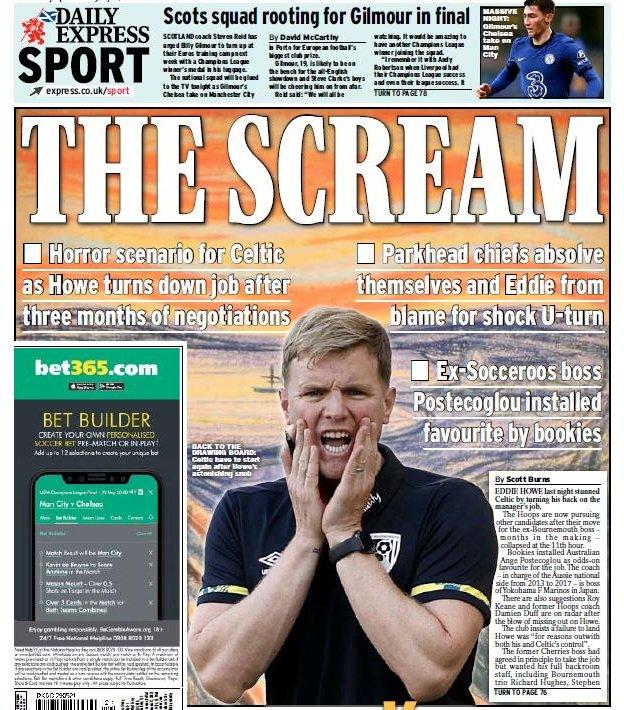