Scotland boss Steve Clarke reveals he considered managing in America, and had talks with MLS clubs New England Revolution and the Colorado Rapids, before taking the Kilmarnock job in 2017. (Sun)

Dundee United academy coach Tam Courts is the frontrunner to replace manager Micky Mellon, who is set to leave after less than a year in the role. (Daily Mail, print edition)

Former St Johnstone chairman Geoff Brown says it is "unbelievable" that some of the club's double cup-winning players haven't been in contention for a Scotland call-up. (Courier)

Celtic will be seeded for their first two rounds of Champions League qualifying next season, with the Glasgow club entering at the second round stage. Should they progress through both ties, they will be unseeded in the play-off. (Scotsman)

Aberdeen face a battle to bring defender Clark Robertson back to Pittodrie as Israeli side Hapoel Jerusalem have joined the Dons and Portsmouth in pursuing the out-of-contract Rotherham defender. (Daily Record)

Midfielder Jackson Irvine, who arrived at Hibernian in January on a deal until the end of the season, is weighing up an offer to stay long term and is also attracting interest from Aberdeen. (Edinburgh Evening News) 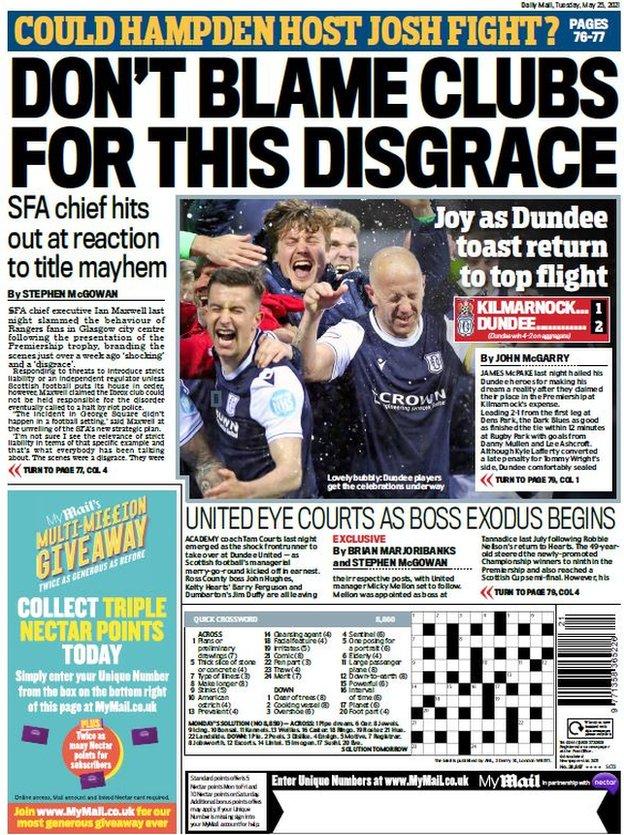 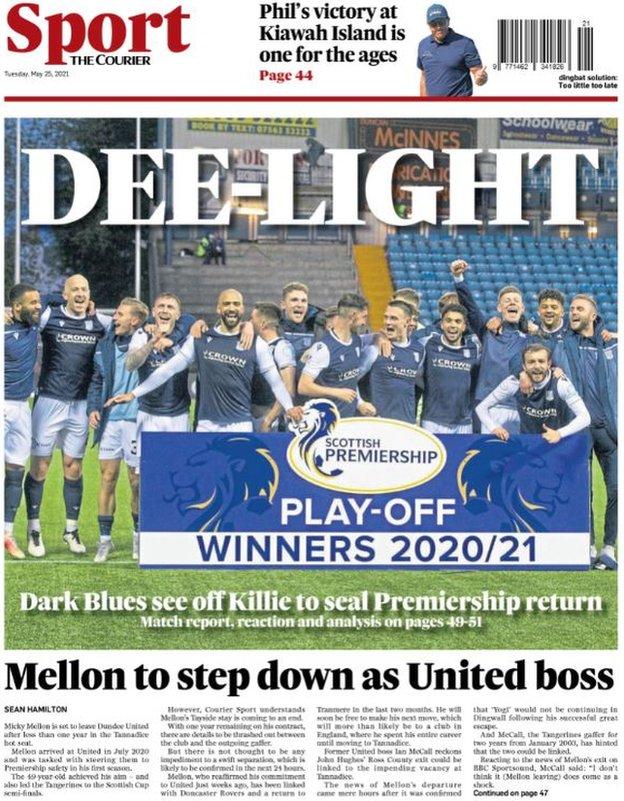 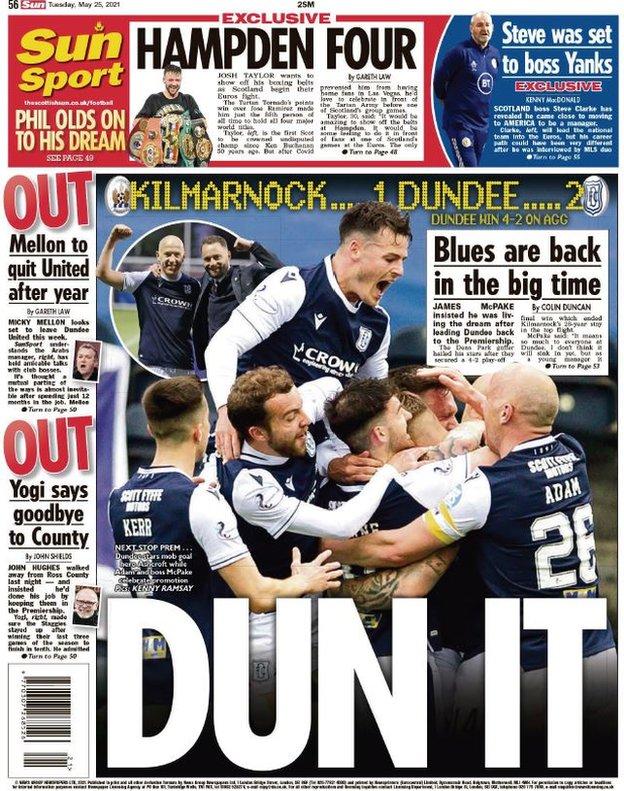 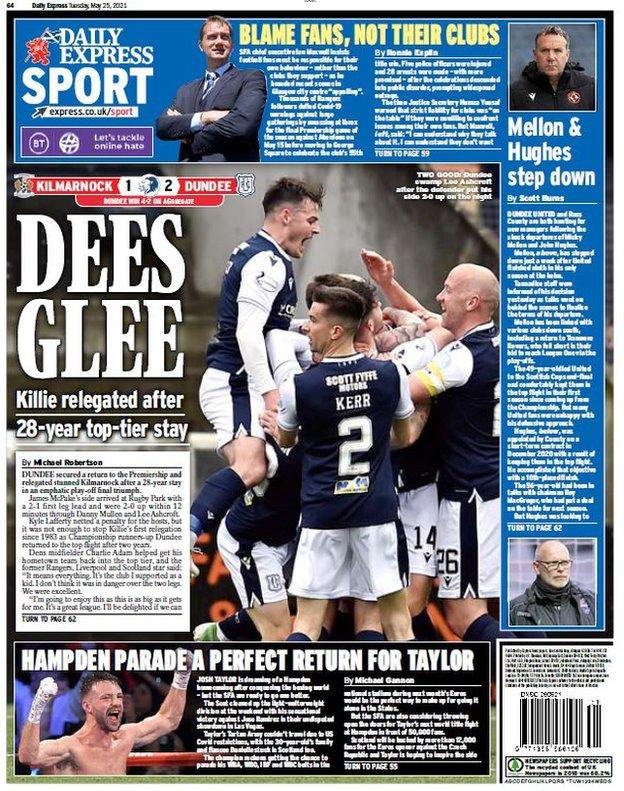