Steven Gerrard has been thanked by DJ Owen Westlake for helping to send his tune, So Much Love, shooting up the charts and being named BBC Radio 1's Dance Anthem on Sunday, with Rangers fans having adopted the song in their title party celebrations after hearing it blaring out of the manager's car on his way to Ibrox in March. (Daily Record)

Oostende striker Fashion Sakala has told Zambian radio station Q-FM that the power of prayer and a conversation with Rangers manager Steven Gerrard that "touched my heart" helped him choose to join the Scottish champions this summer instead of top-flight clubs in England, France and Spain. (Daily Record)

On-loan Rangers winger Glenn Middleton, who set up St Johnstone's opening goal and scored their second as a substitute in Sunday's Scottish Cup semi-final win over St Mirren, hopes his experience in Perth helps him next season at Ibrox, where the 21-year-old has two years remaining of his contract. (The Herald)

St Johnstone manager Callum Davidson has banned his players from travelling to their final Scottish Premiership matches on buses this week in a bid to prevent any Covid-19 outbreaks before the Scottish Cup final against Hibernian after four members of his squad were ruled out by two positive coronavirus tests for the semi-final win over St Mirren. (The National)

Callum Davidson has admitted he had to close St Johnstone's training ground because of positive Covid-19 tests ahead of Sunday's Scottish Cup semi-finals as he faced biggest ever challenge as manager. (The Courier)

Manager Callum Davidson has joked that his partying will go on for the entire close season should his St Johnstone side see off Hibs in the Scottish Cup final on 22 May to add to their League Cup success. (The Scotsman)

St Mirren defender Conor McCarthy, whose goal at Hampden on Sunday could not prevent a St Johnstone win in their Scottish Cup semi-final, admitted that "we are the nearly men this season" after also losing in the League Cup semi-final and missing out on the Premiership's top six in the final game before the top flight split into two. (The Scotsman)

Hibernian centre-half Paul Hanlon says winning the Scottish Cup and securing a third-placed finish in the Premiership would surpass triumph over Rangers in 2016 that secured their first Scottish Cup success in 114 years. (The National)

Dunfermline Athletic centre-half Euan Murray will weigh up his own future over the coming days as he comes to terms with their Premiership playoff defeat by Raith Rovers after the Fife club were unable to agree an extension to the 27-year-old's contract, which ends this summer. (The Courier)

The East, West and South of Scotland Football Leagues have criticised plans for Rangers and Celtic Colts teams to play in the Lowland League, which they themselves aspire to reach. (Scottish Sun) 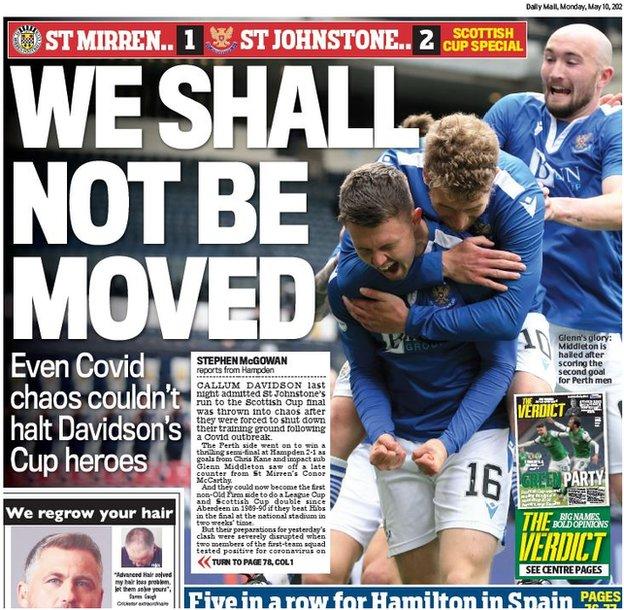 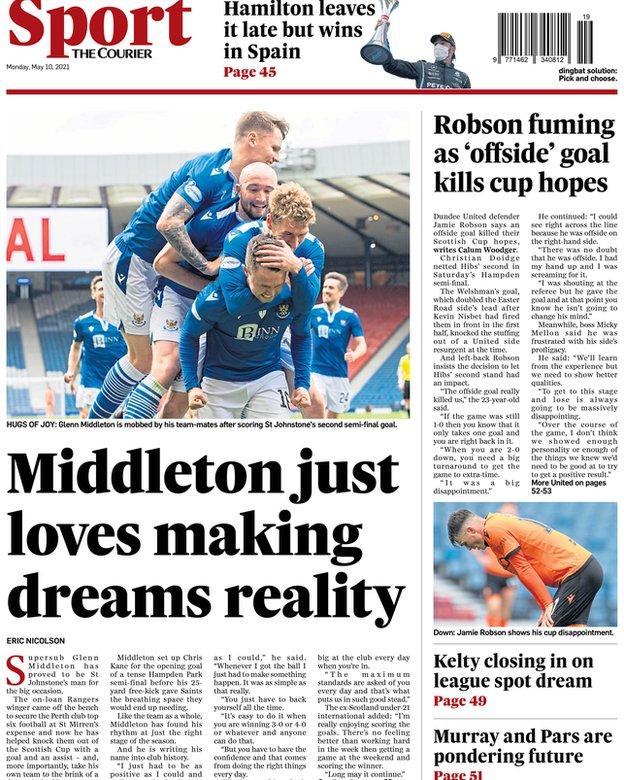 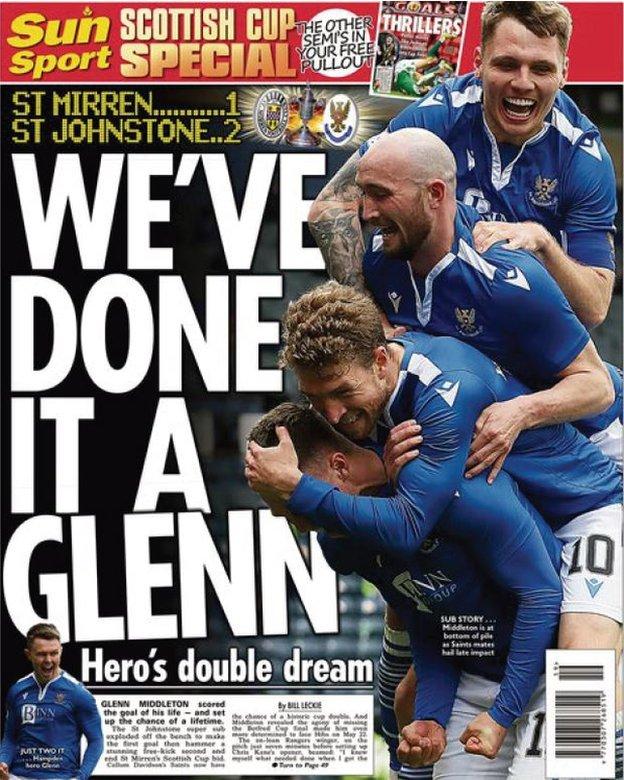