Scottish FA president Rod Petrie has hit out at Rangers chief Stewart Robertson over "inaccuracies" in his interview about the possibility of introducing Colts teams. (Scottish Sun)

Aberdeen are poised to make a move to bring Clark Robertson back to Pittodrie while defender Mikey Devlin is set to be offered a short-term deal. (Press & Journal)

Ibrox legend Ally McCoist reckons Rangers could get up to £30m if they're forced to sell star winger Ryan Kent in the summer. (Daily Record)

German side VfL Bochum have joined the race for Rangers playmaker Ianis Hagi, according to reports in his native Romania. (Scottish Sun)

Brighton vow to get Republic of Ireland Ireland defender Shane Duffy "back on his feet" after an unsuccessful loan spell at Celtic. (Scotsman)

Ross County manager John Hughes has no complaints over his touchline ban which will force him to sit in the stand for the Staggies' two remaining Premiership matches. (Press & Journal) 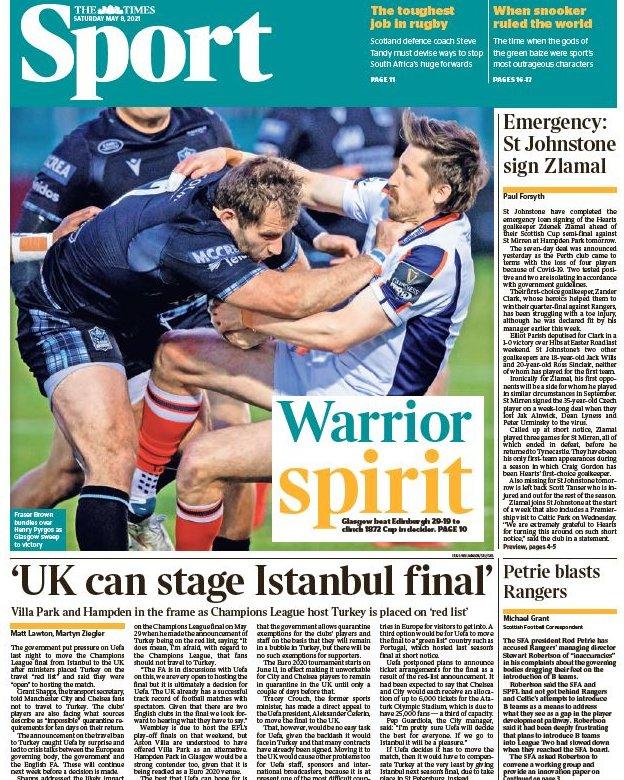 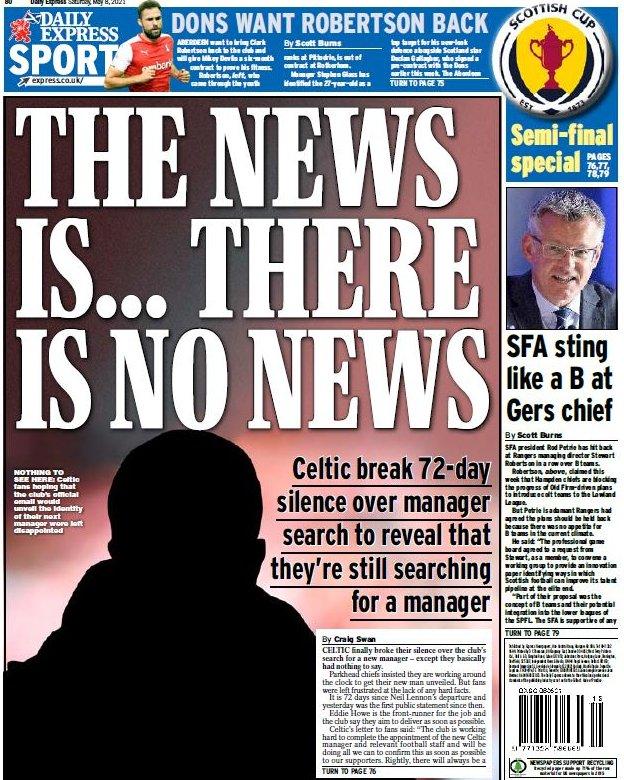 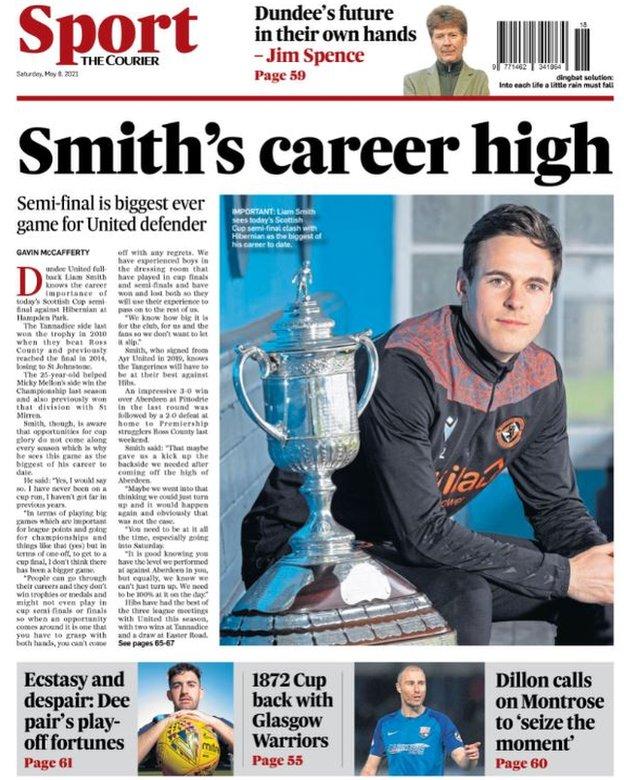 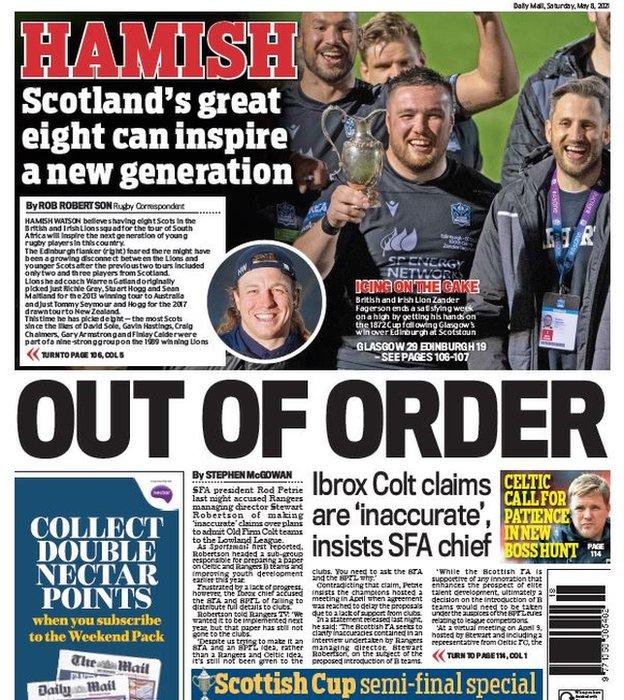