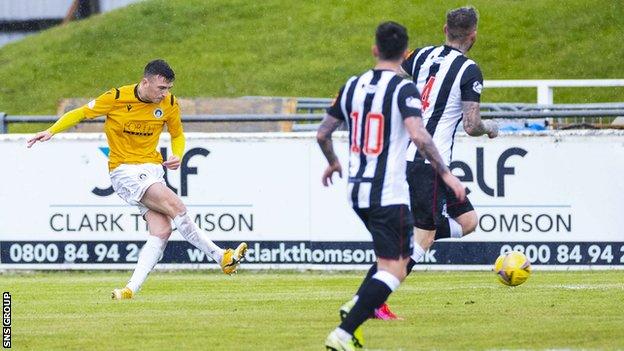 Edinburgh City take a narrow lead into their home leg in the League 1 play-off semi-final with Elgin City after Josh Campbell struck at Borough Briggs.

The on-loan Hibernian midfielder slotted in a low, angled shot on the cusp of half-time.

Visiting goalkeeper Calum Antell was kept busy as the hosts went in search of an equaliser.

And Antell pulled off a terrific stoppage-time save to deny Kane Hester, who was clean through.

The teams meet again on Tuesday, with Stranraer and Dumbarton tied at 0-0 in their semi-final.

View all Scottish League One results