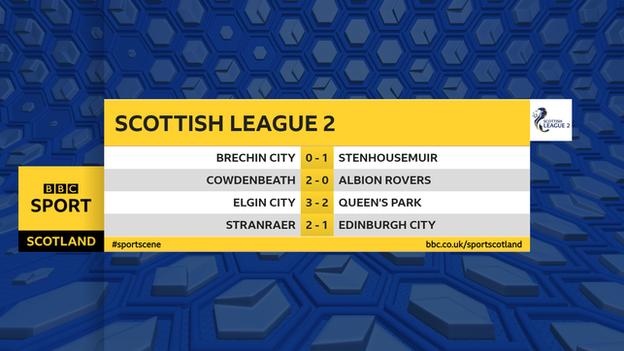 Edinburgh, Elgin and Stranraer finish in descending order on goal difference, with Stirling Albion missing out on the play-offs by two points.

Elsewhere in the final round of games, Brechin City lost 1-0 to Stenhousemuir.

At Borough Briggs, Elgin only needed a point to guarantee a play-off berth but they swept to a thrilling victory thanks to Hester's hat-trick.

Can you identify the Scottish league sides by their badges? 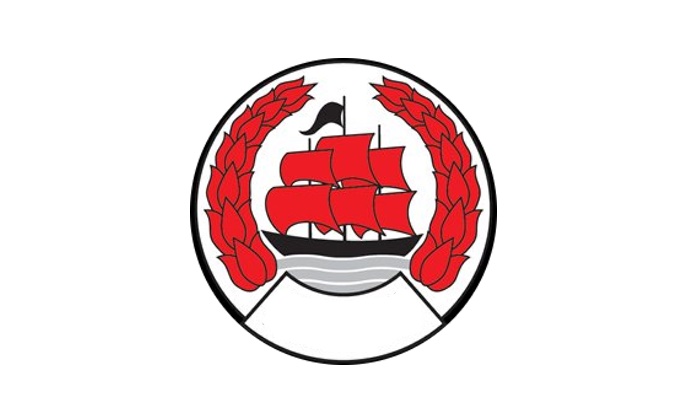 Will Baynham and Luca Connell replied for Queen's Park, who end their title-winning season with a 16-point lead.

Stranraer also had to avoid defeat to secure a top-four finish. First-half strikes from Andy Stirling and Thomas Orr - either side of a Scott Robertson own goal - proved decisive against Edinburgh.

Brechin were beaten by a late Mark McGuigan goal for visitors Stenhousemuir and the Glebe Park side next face Kelty Hearts or Brora Rangers in the play-off final with a League 2 place at stake. 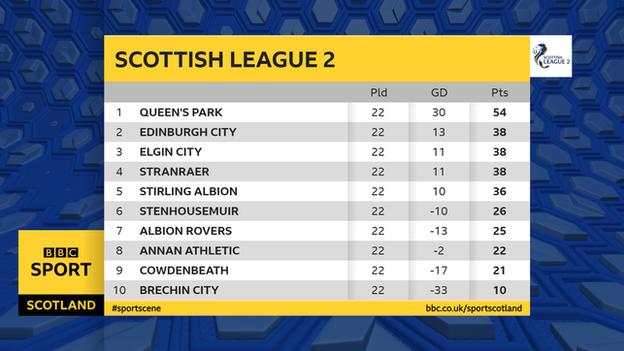