Norwich City and Burnley want Scotland midfielder Ryan Christie, with the 26-year-old set to become the first Celtic departure of a summer of transition at the club. (Daily Mail, print edition)

Hibernian are in talks with Brighton over an official link-up, which could open the door for the English Premier League side sending youngsters to Easter Road on-loan. (Daily Record)

Scottish Cup semi-finalists St Mirren are appealing against a ruling from the SFA that does not grant the Paisley club the necessary grading to compete in the Europa League or new-look Uefa Conference. (Scottish Sun)

Aberdeen's Lewis Ferguson is in the running to retain his Scottish Football Writers' Young Player of the Year award after being named on the shortlist along with Celtic midfielder David Turnbull, Rangers defender Nathan Patterson and Hibs full-back Josh Doig. (Scotsman)

Amiens manager Oswald Tanchot has revealed midfielder Bongani Zungu will return to France at the end of his loan spell with Rangers. (Herald)

Aberdeen manager Stephen Glass is determined to push Hibernian to the wire as the race for third place in the Scottish Premiership reaches the home straight. (Press & Journal)

Hearts have decided against signing on-loan Aberdeen full-back Shay Logan, 33, for next season because they want to reduce the average age of their squad. (Edinburgh Evening News)

Former Celtic striker Andy Walker has been banned by his former club and Rangers for comments made in his role as a pundit for Sky Sports. (Scottish Sun)

Former Scotland defender Maurice Ross is sacked by Notts County, where he was assistant manager, as he expresses regret over "inappropriate comment" to a player. (Daily Record) 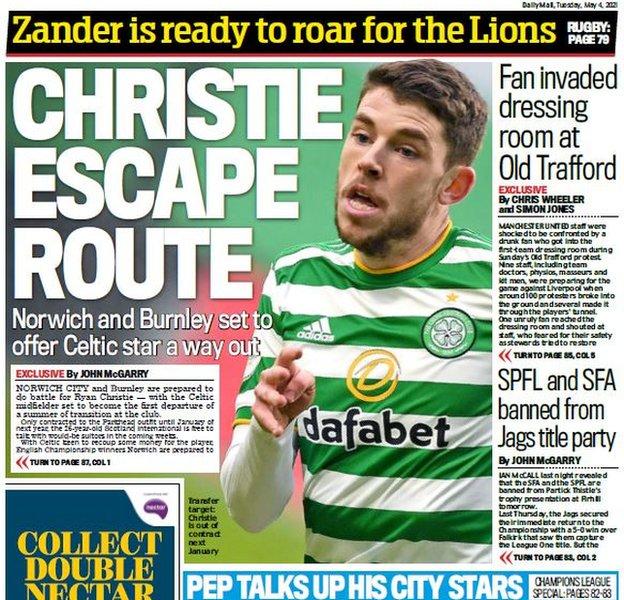 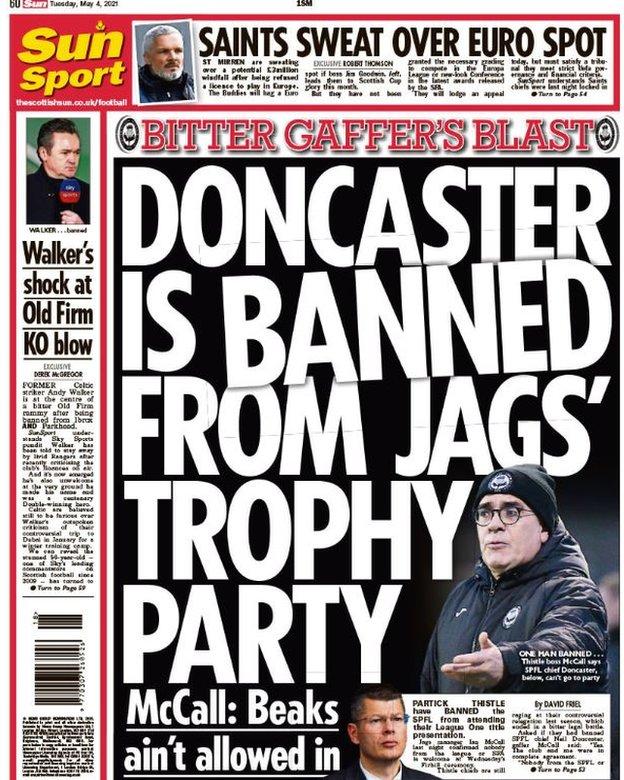 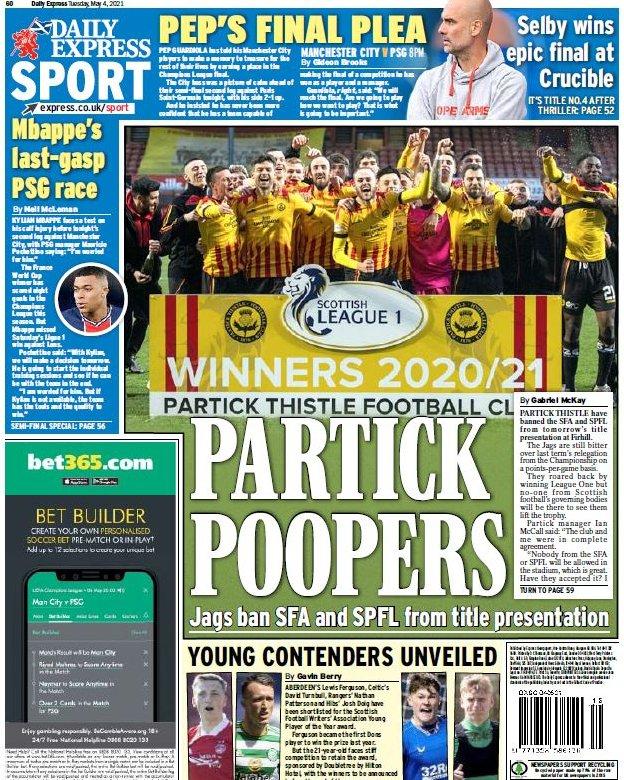 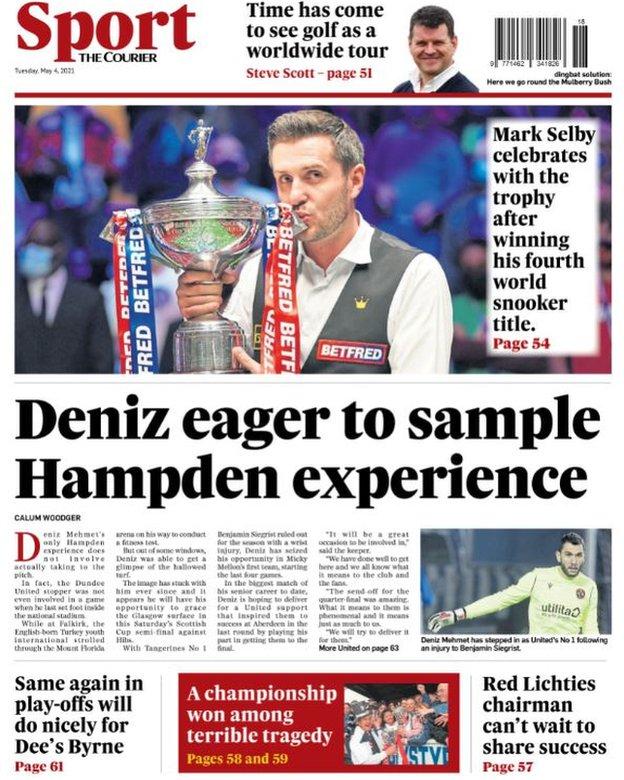