PSV Eindhoven have ruled themselves out of the race for Rangers target Joey Veerman amid reports Heerenveen have slapped a £8.5m price tag on the 22-year-old midfielder. (Scottish Sun)

Celtic caretaker manager John Kennedy admits that it will be difficult to replace Aberdeen-bound veteran captain Scott Brown as there are few players like the 35-year-old midfielder about. (Glasgow Evening Times)

Caretaker manager John Kennedy is refusing to rule himself out as Celtic's new director of football while denying that he has held any discussions with the club about the role. (Daily Record)

Former Manchester United manager Jose Mourinho says he told Scotland midfielder Scott McTominay to go with his heart when choosing whether to represent the country or the land of his birth, England, in 2018. (Scottish Sun)

Stenhousemuir captain Jonathan Tiffoney has denied allegations that he made slurs about David Cox's mental health as the Scottish FA compliance officer launched an inquiry into an incident with the Albion Rovers striker. (The Herald)

Scottish Championship winners Hearts have achieved all three targets set by management team at the start of the season, says manager Robbie Neilson. (The Scotsman) 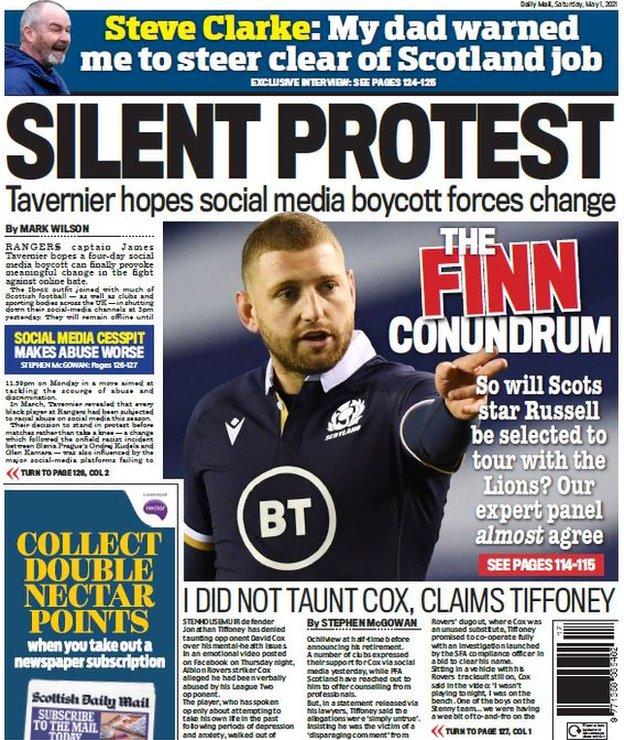 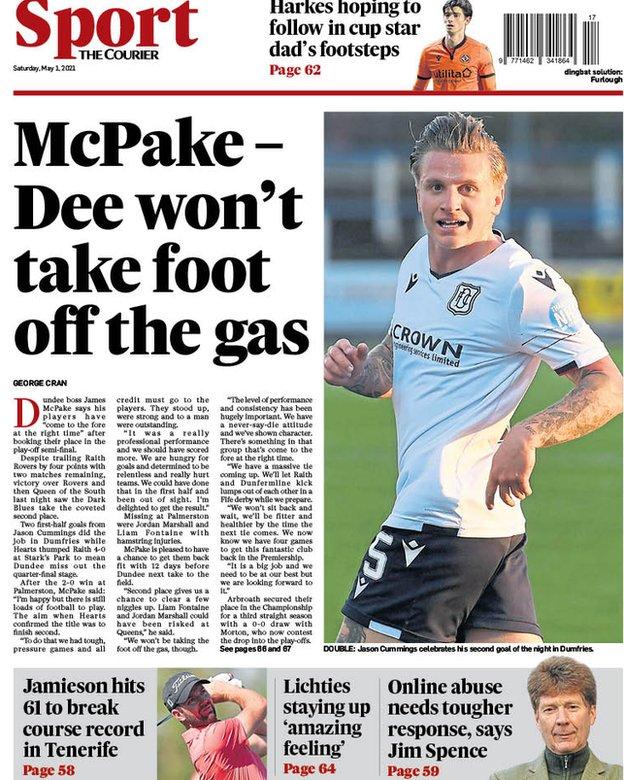 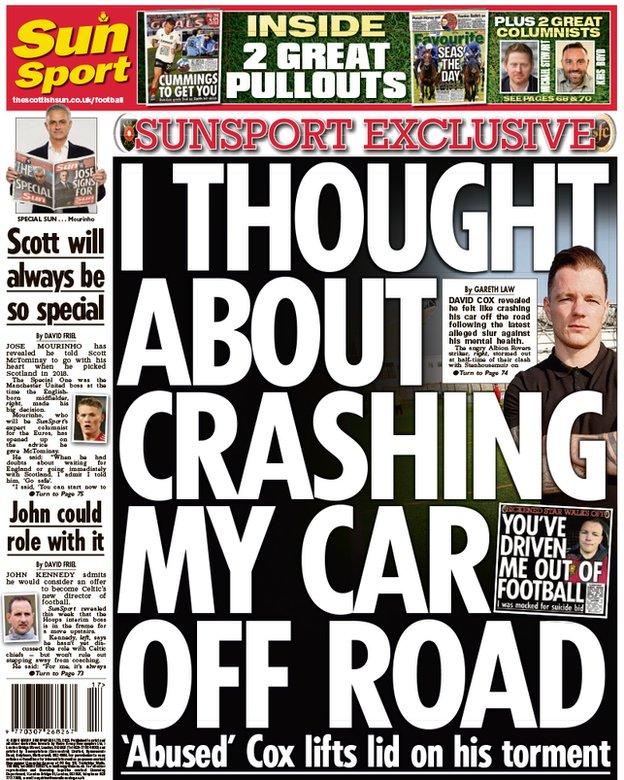