Olivier Ntcham looks likely to return to Celtic this summer after Marseille's president, Jorge Sampaoli, did not mention taking up their option to buy the on-loan the 25-year-old French midfielder, who has managed just one minute of football since March, in his plans for next season. (Scottish Sun)

St Mirren manager Jim Goodwin says midfielder Jamie McGrath, who is wanted by Aberdeen, would slot perfectly into Celtic's midfield but has warned it would take a large bid to persuade the Scottish Premiership club to sell the 24-year-old Irishman. (Daily Record)

Queens Park Rangers are weighing up a summer offer for 22-year-old Hibernian centre-half Ryan Porteous, for whom English Championship rivals Millwall failed with a bid of around £1m in January. (Daily Record)

Head coach Jack Ross has put contract talks with Australia midfielder Jackson Irvine and goalkeeper Matt Macey on the back burner while Hibernian chase third spot in the Premiership and prepare for a Scottish Cup semi-final. (The Scotsman)

Belgian top-flight club Oostende, who are still looking to turn their loan for Celtic's Jack Hendry into a permanent transfer, are also keen to land 20-year-old fellow centre-half Zech Medley, who is on loan to Kilmarnock from Arsenal, for next season. (Daily Record)

Bolton Wanderers, who are closing in on promotion from England's League Two, are eyeing a move for Kilmarnock forward Greg Kiltie, but the Ayrshire side's Premiership rivals, St Johnstone, also have the 24-year-old on their radar. (Daily Record)

Manager Callum Davidson fears that St Johnstone could be "out-priced" in their bid to keep 28-year-old striker Guy Melamed this summer - and that there could be a "no-brainer" offer to part with 21-year-old midfielder Ali McCann. (The Courier)

St Johnstone have offered Israeli striker Guy Melamed, who has scored seven goals in 14 starts, a "very good contract" to extend his stay in Perth, according to manager Callum Davidson. (The Herald)

Midfielder Peter Pawlett has signed a new two-year contract with Dundee United, to keep him at Tannadice until 2023, despite interest from Premiership rivals St Johnstone. (The Courier)

Third-choice goalkeeper Andy Firth has signed a new one-year contract with Rangers despite the 24-year-old, who signed from National League club Barrow in January 2019, having played just seven minutes for the Scottish champions. (The National)

Celtic centre-half Christopher Jullien has revealed on social media that he has been given the all clear to start running again midway through the 28-year-old's expected nine-month recovery from a serious knee injury. (Scottish Sun) 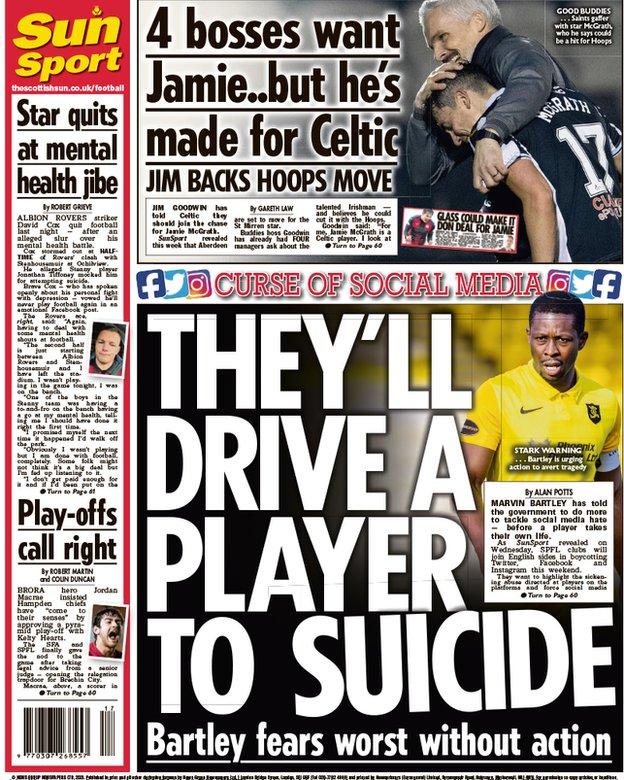 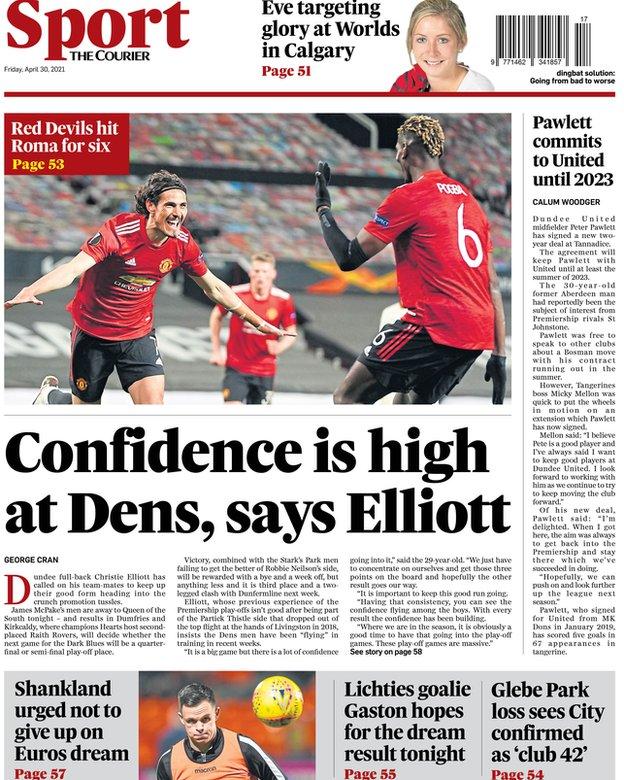