Celtic caretaker manager John Kennedy is in the frame to become their sporting director, while Manchester City's Fergal Harkin also remains under consideration, but it now appears unlikely that Bournemouth technical director Richard Hughes will be heading north along with former Cherries colleague Eddie Howe, who remains favourite to be the Glasgow club's new manager. (Scottish Sun)

Rangers midfielder Ianis Hagi is being tracked by both Lazio and Sevilla, according to the chief executive of Viitorul Constanta, the club set up 11 years ago by the 22-year-old Romania international's famous father, Gheorghe. (The National)

Rangers are interested in 22-year-old Heerenveen midfielder Joey Veerman, according to Dutch outlet Voetbal International, but he is also said to be attracting the likes of Stade de Reims in France, Serie A club Atalanta and PSV Eindhoven. (Daily Record)

New Aberdeen manager Stephen Glass has challenged striker Bruce Anderson, who is on loan with Hamilton Academical, and full-back Ronald Hernandez, who is with Atlanta United, to prove they have got futures at Pittodrie. (Press & Journal)

Former Scotland midfielder Craig Bryson says talks have stalled on a new deal at St Johnstone, but the 34-year-old would like to stay on for another season. (Daily Record)

St Johnstone manager Callum Davidson has revealed that Scott Tanser may have played his last game for the Perth club as the left-back is likely to sit out the rest of the season through injury and with talks about a new contract having stalled since an offer was received from the club in January. (The Herald)

Aberdeen manager Stephen Glass has vowed to improve his squad with "real quality" before the start of next season after being linked with 24-year-old St Mirren midfielder Jamie McGrath and out-of-contract Motherwell centre-half Declan Gallagher. (Press & Journal)

Stephen Dobbie will leave Queen of the South at the end of the season, the 38-year-old former Blackpool, Hibernian and Swansea City striker having scored 165 goals over two separate stints in Dumfries. (The Herald)

Dundee United goalkeeper Benjamin Siegrist has been ruled out for the rest of the season after a scan confirmed a broken wrist. (The Courier)

Hibernian wing-back Chris Cadden has been ruled out for remainder of season with fractured back. (The Scotsman)

Murray Davidson, the 30-year-old midfielder who missed St Johnstone's 2014 Scottish Cup triumph and this season's League Cup win through injury, could return from his latest bout on the sidelines against Hibs this weekend as he bids to make this season's Scottish Cup semi-final against St Mirren. (The Courier)

Former Dundee United and Hibernian midfielder Ryan Gauld has not had as much as a telephone call from Scotland head coach Steve Clarke about his latest squads despite starring for Farense in their bid to avoid relegation from Portugal's Primeira Liga. (Daily Record)

Former Rangers midfielder Greg Docherty has been tipped as one of the leading contenders for Hull City's player of the season award. (Daily Record) 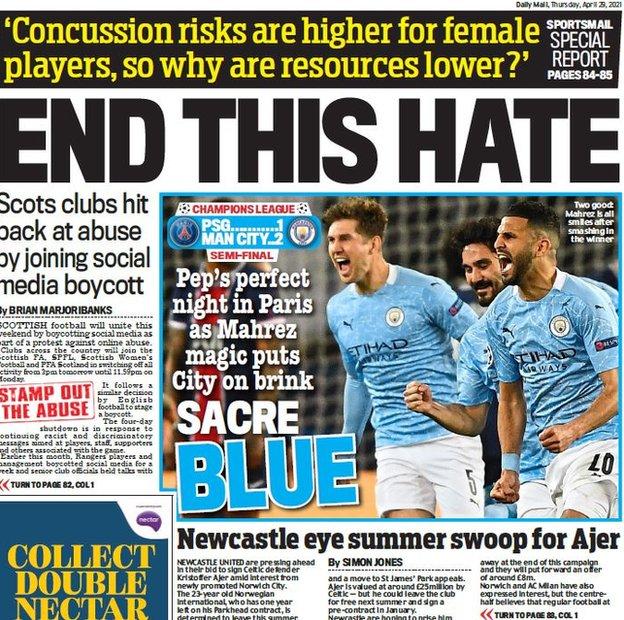 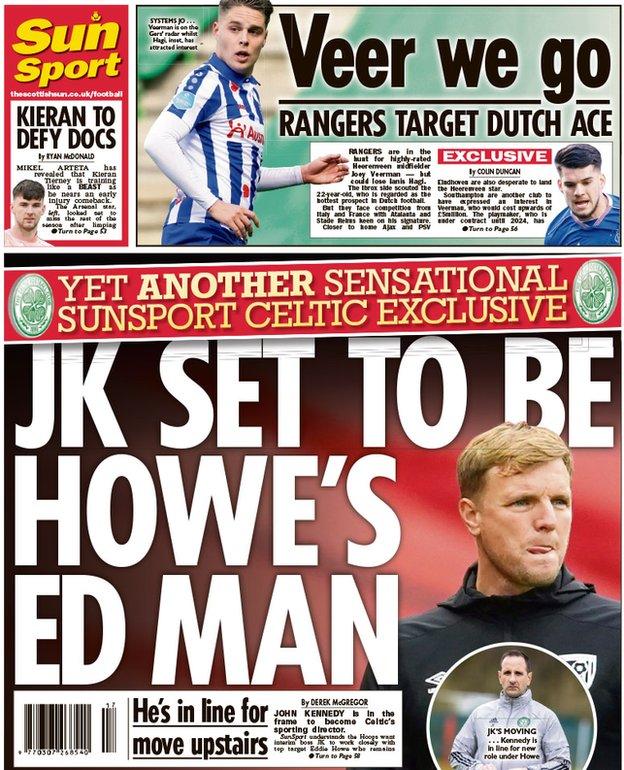 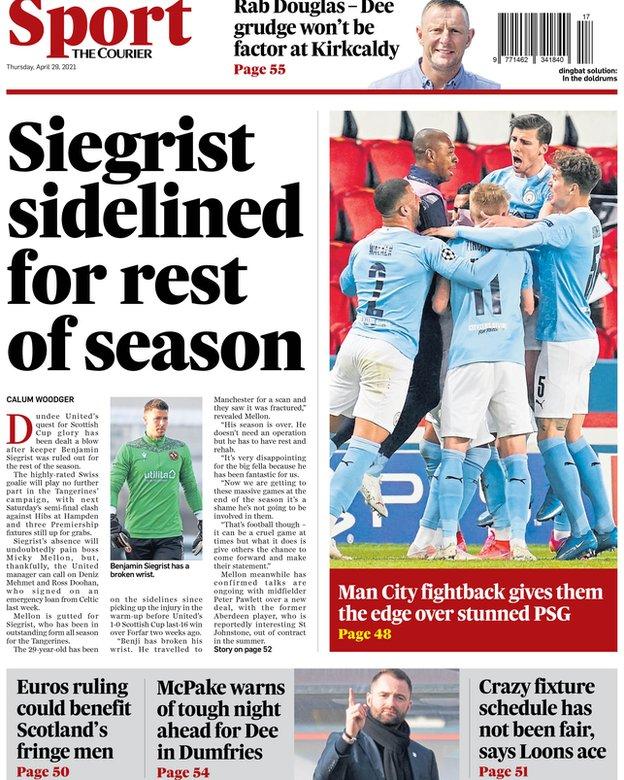