Rangers are closing in on signing striker Fashion Sakala from KV Oostende. (Record) 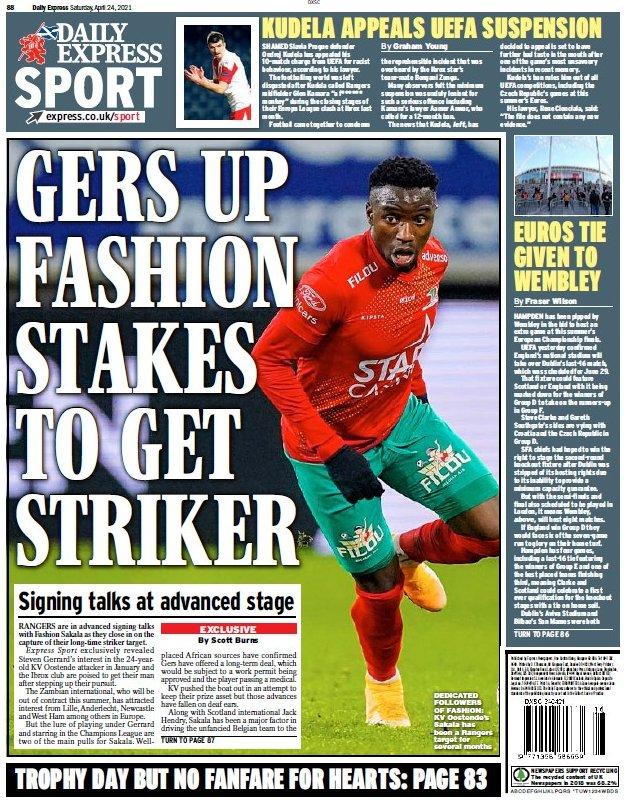 Jose Mourinho has been approached by Celtic about the manager's job. (Transfer Window Podcast, via Record)

Mohamed Magdy is being chased by Celtic, according to the Egypt and Al Ahly midfielder's agent. (Egyptian radio via Record)

Ryan Porteous wants success to be the new norm for Hibernian, who are in the Scottish Cup quarter-finals and on course to finish third in this season's Premiership. (Scotsman - subscription required) 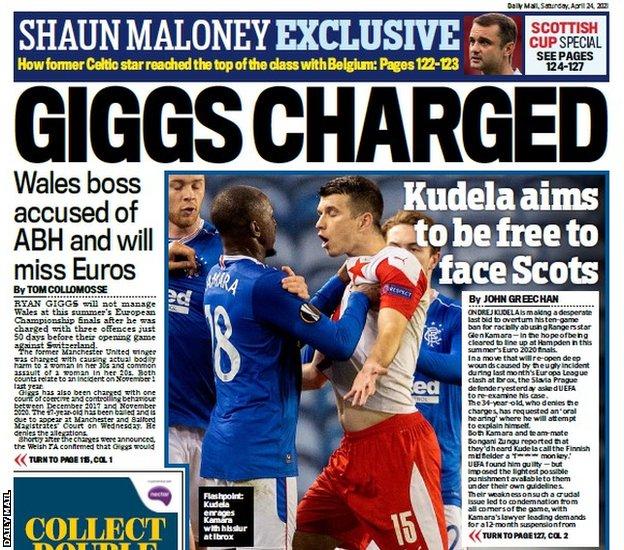 Aberdeen's Tommie Hoban has not yet held talks about his future with new manager Stephen Glass, with the defender out of contract in the summer. (Evening Express - subscription required)

Glass hopes to get one over on boyhood club Dundee United in Sunday's Scottish Cup encounter. (Press and Journal - subscription required)

Celtic midfielder David Turnbull is free to face Rangers next weekend as he will face no further action for his altercation with Aberdeen's Dylan McGeouch. (Sun) 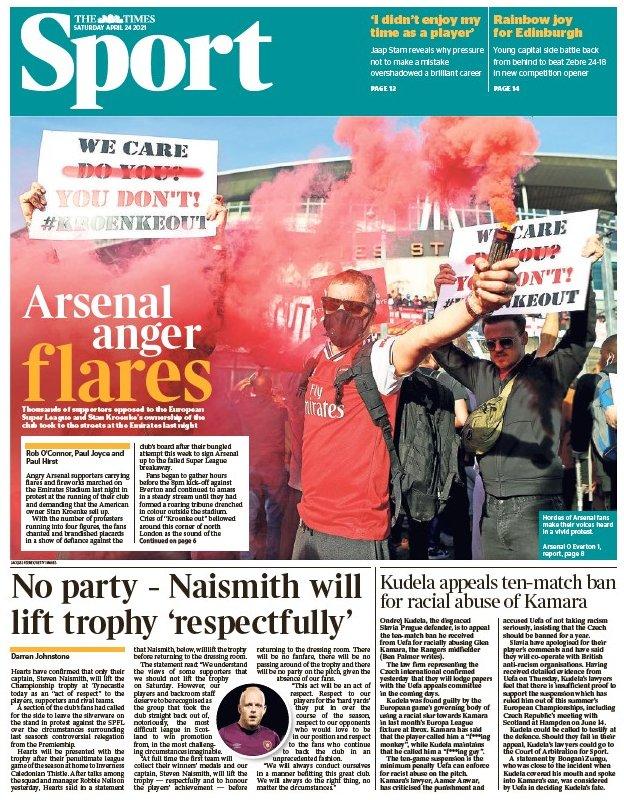 Daniel Finlayson will formalise a permanent move to St Mirren from Rangers, with the defender having been on loan in Paisley this season. (Sun)

Striker Stevie May is expected to sign a new contract with St Johnstone. (Courier - subscription required) 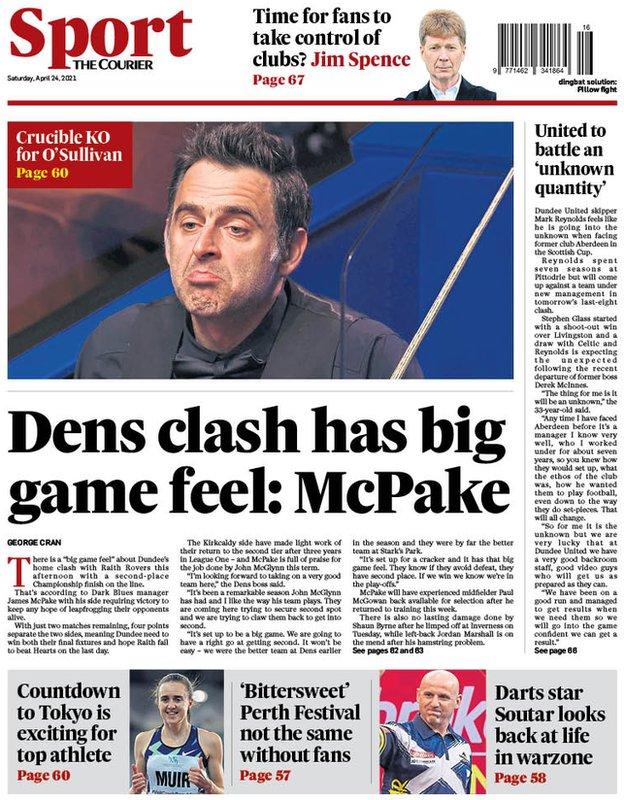 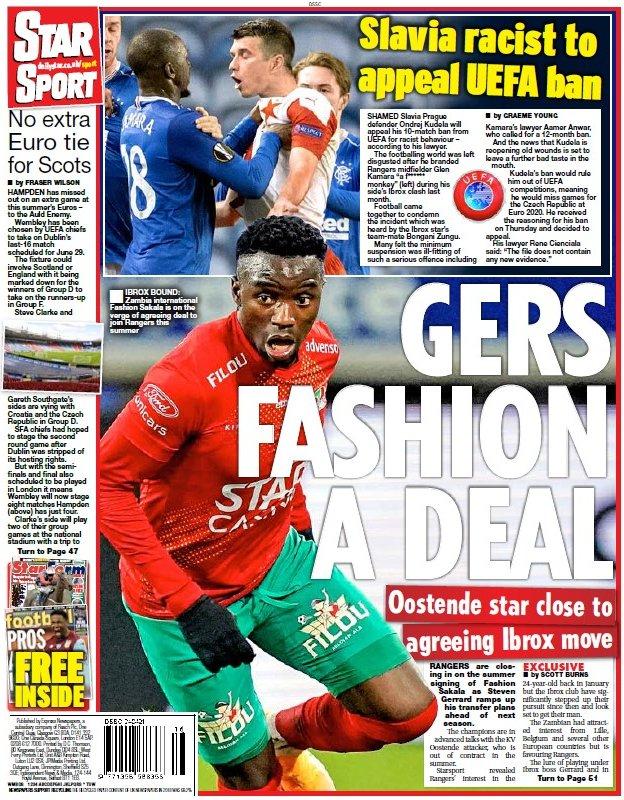