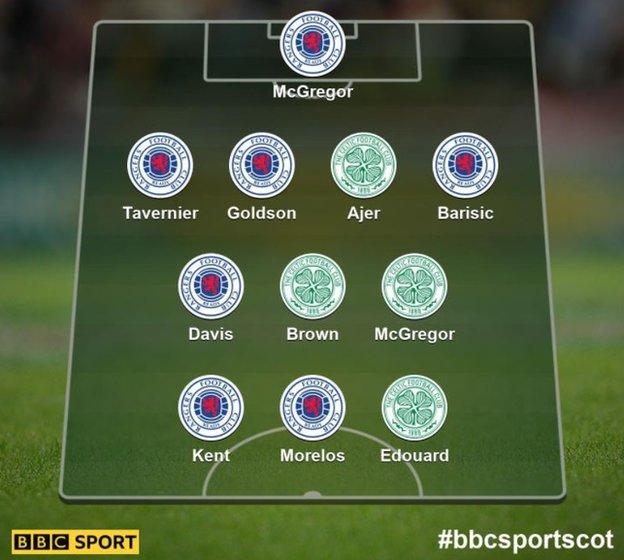 A combined Old Firm select would reflect Rangers' dominance over Celtic this season, according to those who took part in our squad selector.

A year ago, a similar select would have had mainly Celtic players, but seven of your 11 starters are now from Ibrox.

Celtic's Kristoffer Ajer is chosen in central defence, Scott Brown and Callum McGregor in midfield and Odsonne Edouard is up front.

Rangers' Alfredo Morelos is also in attack along with Ryan Kent.

Record Northern Ireland cap Steven Davis is the only Rangers player to make the midfield, but James Tavernier and Borna Barisic top the poll for the full-back positions and Connor Goldson is the second centre-half.

Allan McGregor has most points overall and is far and away your top choice in goal.