Celtic fan Sir Rod Stewart has sent a plea to Eddie Howe on Instagram as the former Bournemouth boss continues to be linked with the club's manager vacancy, the veteran singer urging the 43-year-old to "make up your mind". (The National)

Former Celtic striker Frank McAvennie has urged the Glasgow club to drop their interest in Eddie Howe if the former Bournemouth manager will not give them a quick answer on taking over the team. (The Herald)

Former Celtic midfielder John Collins reckons Eddie Howe "fits the bill" as the club's new manager - but warned the former Bournemouth boss his old club will not wait on him forever. (Scottish Sun)

Dundee United manager Micky Mellon says he is "totally focused" on the job at Tannadice after being linked with the vacant post with Doncaster Rovers. (The Courier)

Former Rangers midfielder Alex Rae reckons winger Ryan Kent is now worth £25m, with the 24-year-old having fired his 12th goal of the season in Sunday's 2-1 win over Hibernian at Ibrox. (Scottish Sun)

Former Scotland midfielder Craig Bryson is open to the idea of extending his St Johnstone career for a further season. (The Courier)

Former Celtic striker Frank McAvennie thinks forward Odsonne Edouard and centre-half Kristoffer Ajer have let down the deposed champions this season as their performance levels have dropped and look like they want to leave the Glasgow club. (Daily Record)

Aberdeen left-back Jack MacKenzie will finally get the chance to play under new manager Stephen Glass, who comes out of quarantine on Tuesday - after waiting for more than a year. The 20-year-old was due to join Glass at Atlanta United 2 on loan until the move collapsed because of the Covid-19 pandemic. (Press & Journal)

Scotland's national squad will need to be fully vaccinated to play in this summer's Euro 2020 finals, with governing body Uefa wanting all 600 players to undergo the procedure to reduce the chances of any team being weakened by an outbreak. (Scottish Sun)

A revised reconstruction plan that would create a 12-team Scottish Championship and would introduce Celtic and Rangers colts teams in League 2 , with no relegation from the second tier for a season, is currently under discussion. (Daily Mail, print edition) 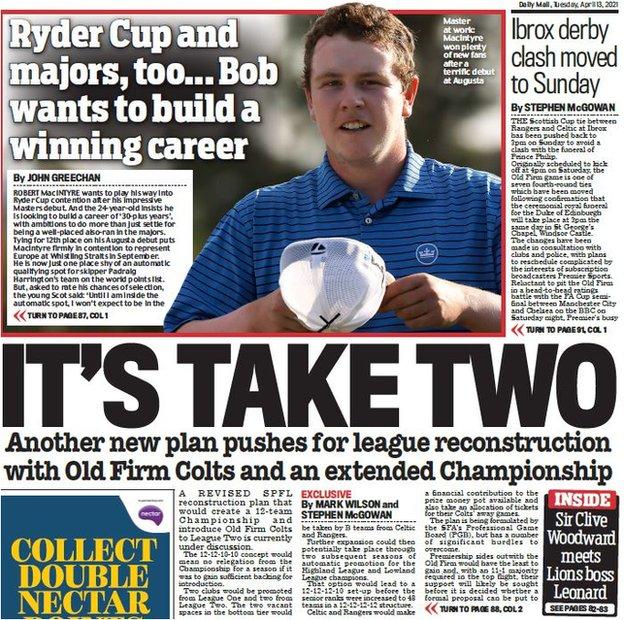 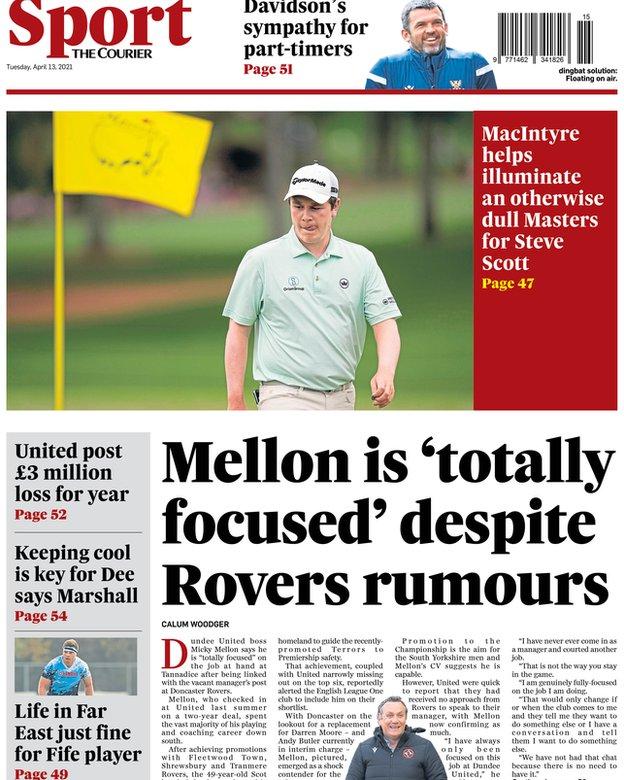 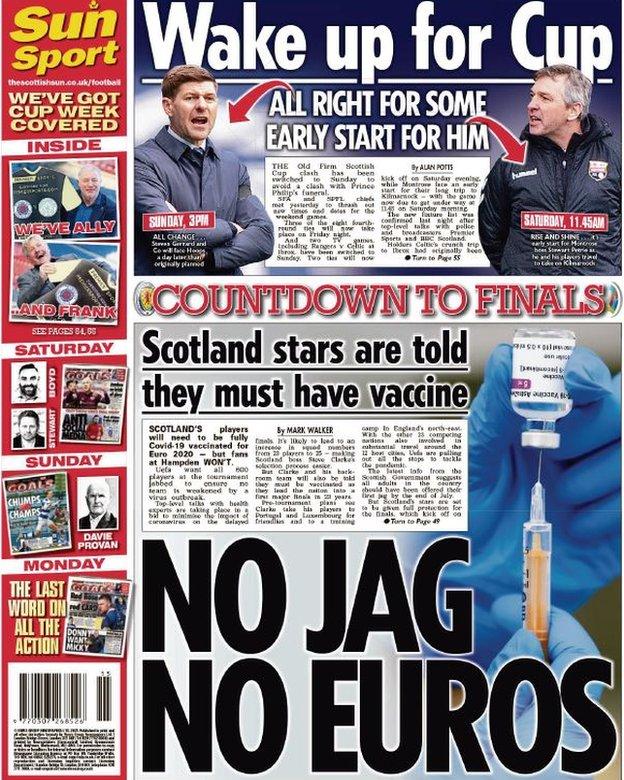