Celtic hope to name Eddie Howe as their new manager this week — but the former Bournemouth boss may not take charge until the summer. (Scottish Sun)

Rangers are set to open talks with captain James Tavernier, with the Ibrox club confident that the 29-year-old right-back is happy and keen to extend his six year spell. (Daily Record)

The Scottish FA will tomorrow confirm to Uefa that Hampden will be able to accommodate fans for this summer's Euro finals. (Daily Mail, print edition)

Arsenal fear Scotland defender Kieran Tierney will be out for a number of weeks with a knee injury. (Daily Mail)

Teenage defender Aaron Hickey has refused to close the door on a move to Celtic in the future after revealing the Glasgow club tried to sign him "a lot" before he moved to Bologna last year. (Herald)

Hibs striker Christian Doidge pays tribute to former Yeovil Lee Collins, who died on 31 March at the age of 32, with his goal celebration in last night's Scottish Cup win at Queen of the South. (Edinburgh Evening News)

Just 16% of lower league fans said they would watch their team against Rangers or Celtic's second-string under-21 sides, compared to 80% of the Glasgow clubs' supporters, a survey has revealed. (Scotsman) 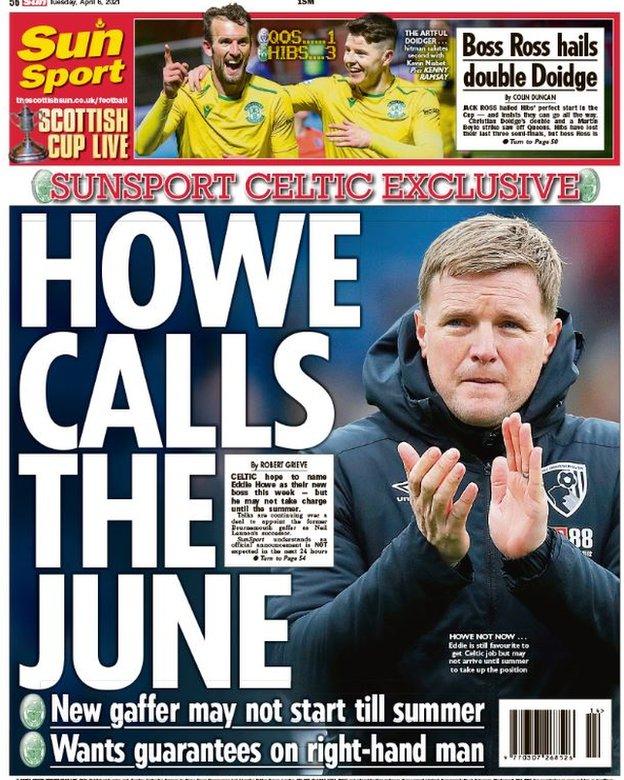 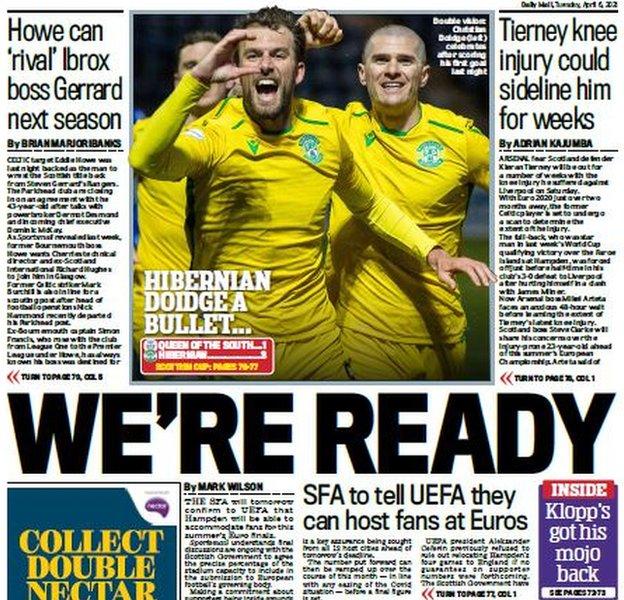 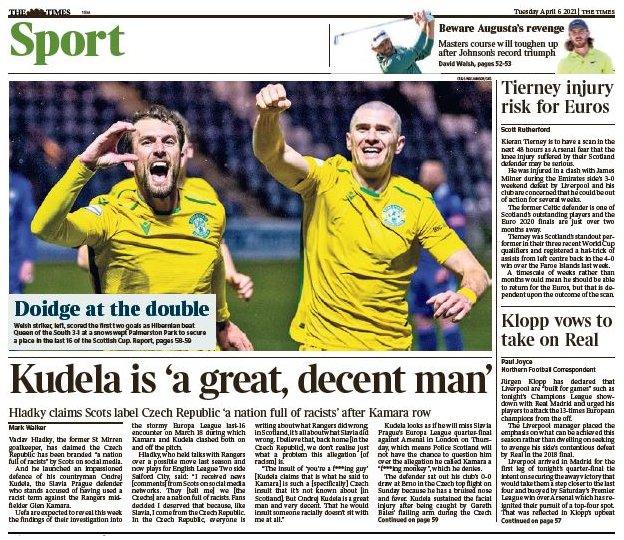 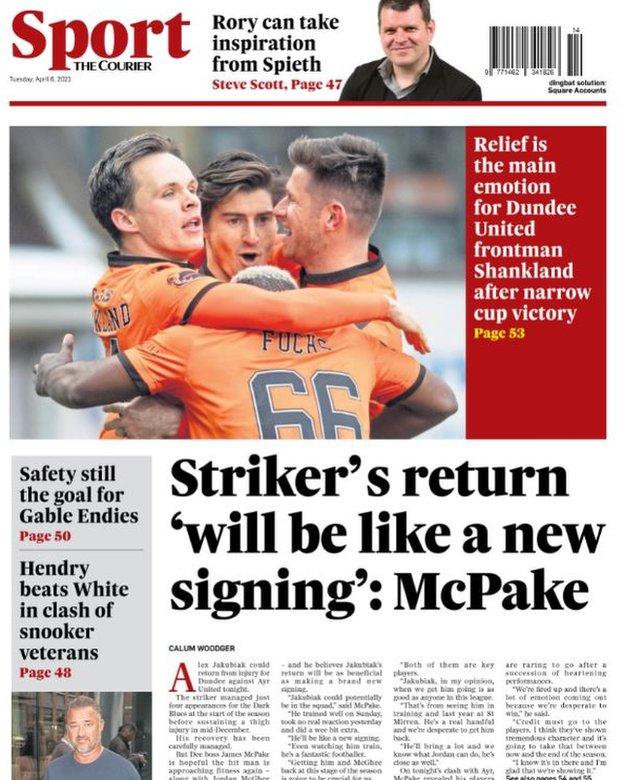