Rangers trio Nathan Patterson, Calvin Bassey and Bongani Zungu, who have apologised after a high-profile Covid-19 rule breach, could all be free to face Livingston next week despite being fined by police and right-back Patterson is even available for Thursday's Europa League tie against Royal Antwerp after being allowed back with the squad. (Daily Record)

Celtic midfielder Scott Brown has paid tribute to Neil Lennon, saying he probably would not still be club captain if the Northern Irishman had departed earlier as manager. (The National) Celtic captain Scott Brown says the players are to blame for Neil Lennon standing down as manager after Rangers established a commanding lead over the reigning champions in the Scottish title race. (Daily Mail, print edition)

Rangers midfielder Joe Aribo has suggested that his decision to bulk up in the gym during rehabilitation for a recent injury is the reason for his recent fine form. (Scottish Sun)

Rangers manager Steven Gerrard insists that Alfredo Morelos should not be judged on goals alone as he detailed the evolution of the Colombia striker this season. (The Herald)

Neil McCann says he is not at Inverness Caledonian Thistle to take John Robertson's job permanently after assuming on the temporary role as manager during his fellow former Scotland international's compassionate leave following a family bereavement. (Press & Journal) 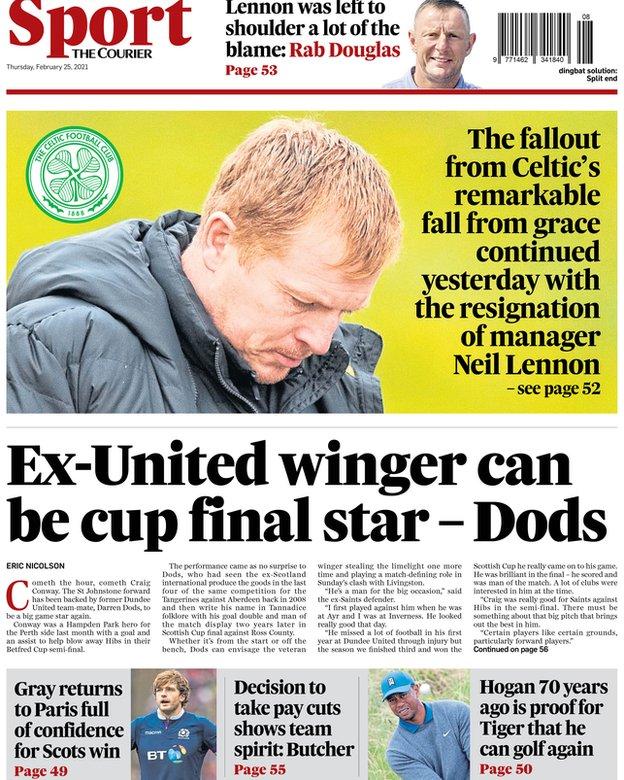 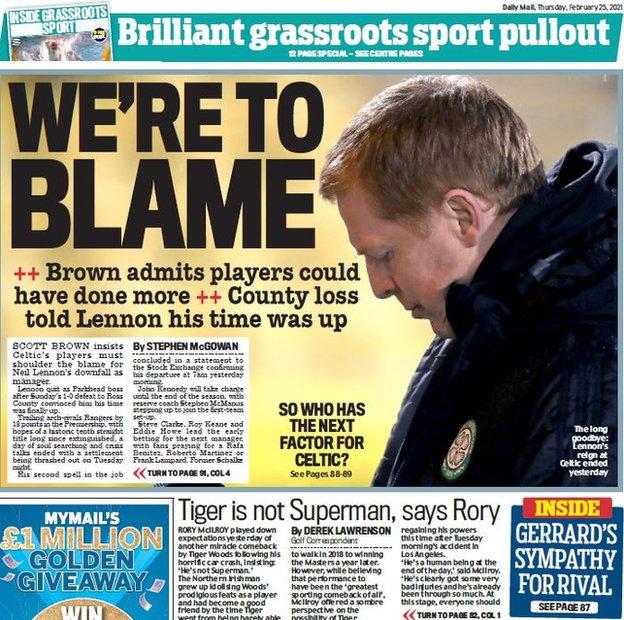 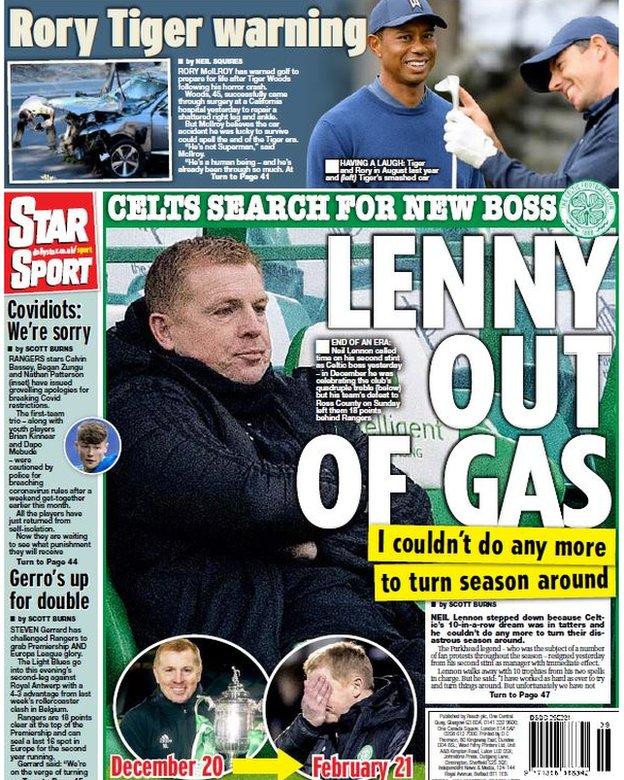 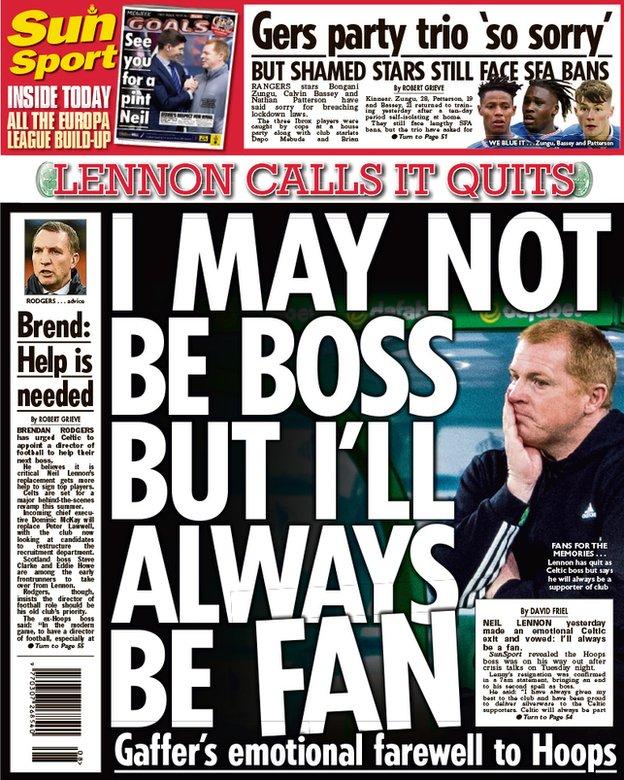