Manchester City are already on a ridiculously good run of form but if they signed Diego Costa now, he would win them the Premier League - I am sure of it.

Costa is 32 and I am not suggesting he is a long-term solution for City up front, but the former Chelsea striker is a free agent after ending his Atletico Madrid contract in December, and can sign for anyone for nothing.

Why not get him in until the end of the season? He would do more than just ruffle a few feathers and be a pain in the backside for opposition defences - he is a proven finisher who would offer Pep Guardiola's side a proper plan B.

Yes, you would have to cover Costa's wages, but the massive difference he could make to City's season would make that worthwhile.

Jesus is not the focal point City need

When I won the title with City in 2012, we had four strikers at the top of their game - Sergio Aguero, Carlos Tevez, Edin Dzeko and Mario Balotelli. They all played a big part at different times of that campaign.

Now? They still have Aguero of course, but there are huge question marks over his fitness, with Gabriel Jesus the only alternative.

I like Jesus a lot, and he is far more than just a grafter, but when I watch him he is not always looking to get on the end of balls into the box like he did against Cheltenham in the FA Cup on Saturday - he is often lurking deeper or on the left, linking play.

It means City sometimes don't have a focal point. If they had someone who constantly wanted to run in behind defences then, with their creative players looking for them, I honestly think they would be frightening. They would clean up, no matter how teams tried to stop them.

Costa could be that striker and not only would he finish the chances that City are making, his presence would increase the opportunities for his team-mates too.

Cavani effect shows what Costa could do

If you want an example of the impact Costa could have, then look at what Edinson Cavani has done for Manchester United this season.

Cavani is 33 and very different to the likes of Marcus Rashford, Anthony Martial and Mason Greenwood, but he brings them an extra dimension in attack that has already given them an edge at key moments in tight games.

The way the Uruguay striker won a free-kick for Bruno Fernandes to score United's winner in Sunday's FA Cup win over Liverpool was a great example of that.

He is so clever with his movement, and how he occupies defenders. That means more space for others, and Costa would have the same effect.

At Chelsea he did all of that, but also scored 59 goals in 120 games and won the Premier League twice in teams that played good football.

I wouldn't ask him to come deep and look for the ball at City, because they have got enough players who find the pockets to do that. What I would want from him is to come alive in the penalty area, which is where defenders hate to face him.

Are you telling me that with the chances that City create he wouldn't get 10 goals between now and the end of the season? Of course he would, and how valuable could those goals be?

We don't know what part Aguero can play

In an ideal world City would be looking to Aguero to provide everything that Costa can do. He has an incredible record, and has always delivered for them in the past.

But the Argentina striker has had such a difficult year through injury and has barely featured this season. It is 12 months since his last Premier League goal - against Sheffield United on 22 January 2020 - and he has only started one league game in 2020-21.

Aguero is only a couple of months older than Costa but he is still struggling to recover from the knee operation he had last summer - he said in December that some days his knee is good, but sometimes it's "a little bit bad".

I know from experience that you never really recover from those kind of injuries. You are just dealing with it constantly, nursing it and resting it - but you never fix it.

He has had his game-time managed so much already this season that, when he returns after testing positive for Covid-19, we don't really know how much a part Aguero will be able to play in the final few months of the season.

That's why I say get someone in now, and then see what Aguero wants to do in the summer when his contract is up.

If he wants to stay another year, and he can get a proper pre-season under his belt - which didn't happen this time - then perfect. I'm not writing him off because I know exactly how good he is - I'm just saying City need another option right now.

Attack is City's only worry 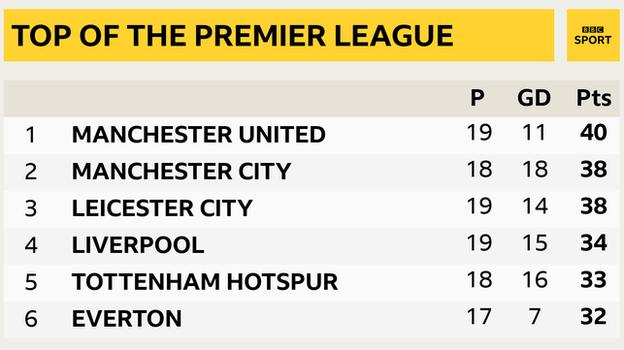 City are hardly struggling without Aguero or Costa at the moment. Beat West Brom on Tuesday and they go top of the Premier League, for a night at least. My old side have won 10 games in a row, and are chasing glory on four fronts.

They are so nearly a complete team - Guardiola has sorted out the defence and the midfield will dominate games even while Kevin de Bruyne is out injured in the next few weeks.

That just leaves the attack as my only worry. One player - a proper centre-forward - is all they are missing, and I can't believe Guardiola hasn't seen that too.

I know Pep said last week that City are not signing anyone in this window, and that stance might be because of Financial Fair Play rules - City could be saving their money to go for one of the big boys in the summer, like Borussia Dortmund's Erling Braut Haaland or Paris St-Germain's Kylian Mbappe, who are not available or affordable now.

Of course those two would be top of anyone's list, but that kind of transfer can wait.

I am talking about who they can bring in now, just for the next few months to give them that extra bit of firepower to get over the line, and Costa fits the bill.