Rangers are closing in on a deal for Bournemouth pair Jack Simpson and Nnamdi Ofoborh, with the defender and midfielder out of contract in the summer. (Scottish Sun)

Rangers have been so good this season that Brendan Rodgers' Celtic 'Invincibles' would have been up against it to keep up, says former Ibrox captain Barry Ferguson. (Daily Record)

Celtic forward Moi Elyounoussi backs under pressure manager Neil Lennon, saying he is "one of the strongest guys I have ever met". (Daily Record)

Hibs midfielder Scott Allan could make a shock return for Saturday's League Cup semi-final against St Johnstone, having been missing with an unspecified health issue since August. (Scotsman)

Two betting firms have suspended the market on on Eddie Howe becoming the next permanent manager at Celtic. (Scottish Sun)

Ross County manager John Hughes is confident Ross Stewart will remain until the end of the season unless the Staggies receive a significant six-figure fee for the striker. (Press & Journal)

Aberdeen manager Derek McInnes believes he has the support of his board at Pittodrie following criticism from supporters following a run of one win in five games and a 4-1 drubbing from Ross County. (Press & Journal)

Dundee United chairman Mark Ogren remains optimistic about the future at Tannadice despite the "financial havoc" caused by coronavirus. (Courier)

Hearts are in negotiations with midfielder Andy Irving over a new deal and begin talks with winger Josh Ginnelly with the view to signing him on a pre-contract. (Daily Record) 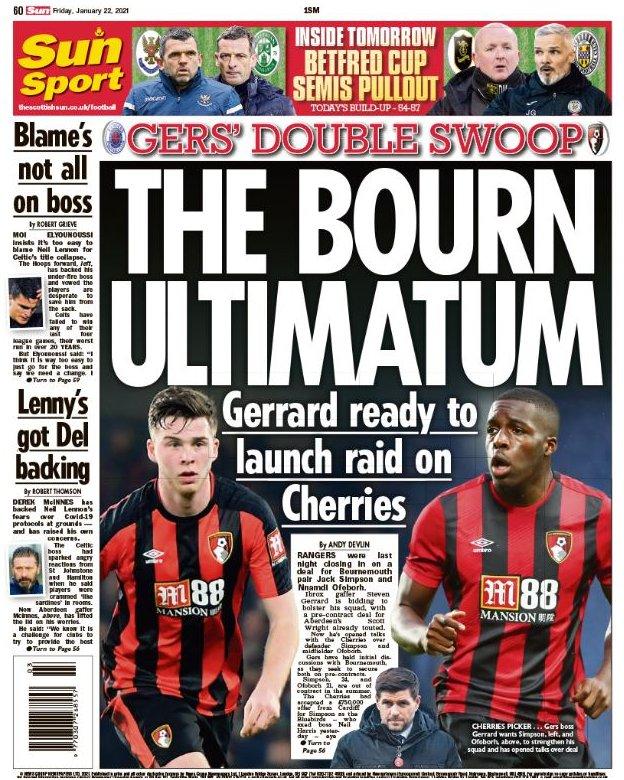 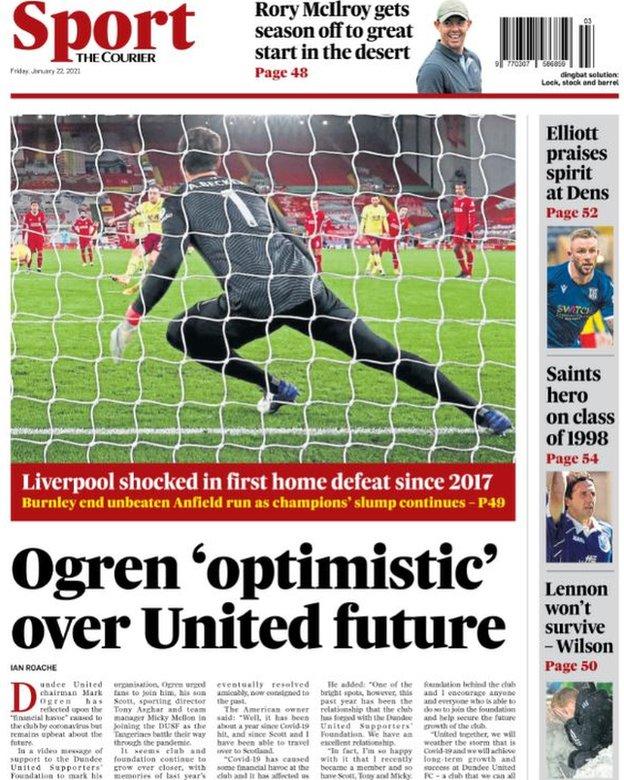 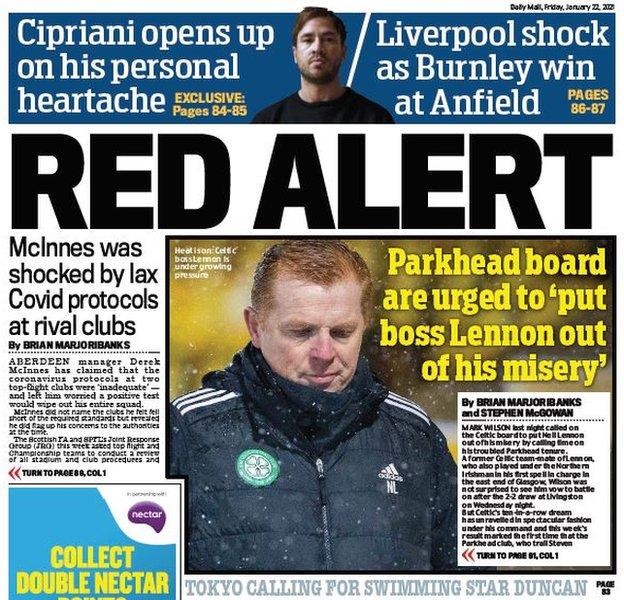