Celtic defender Stephen Welsh says there was panic among the squad after Christopher Jullien's positive Covid-19 test, which led to 13 players as well as manager Neil Lennon and assistant John Kennedy having to self-isolate. (Sun)

Celtic have missed out on signing target Filip Benkovic - who had a successful spell at Parkhead in season 2018-19 - after the Leicester City centre-back joined Belgian side OH Leuven on loan. (Scotsman)

Tim Long, a writer for The Simpsons, has declared himself a Hibs fans and says new signing Jackson Irvine is his favourite player after being alerted to a tattoo of Moe Szyslak, owner of Moe's Tavern in the show, on the Australia midfielder's leg. (Edinburgh Evening News)

Scotland Under-21 midfielder Billy Gilmour is backed to become a "huge player" for Chelsea by manager Frank Lampard. (Glasgow Times)

Former Hibs and Dundee United player Sam Stanton and fellow midfielder David Cancola are training with Ross County as they bid to earn a deal with the Premiership's bottom club. (Press & Journal) 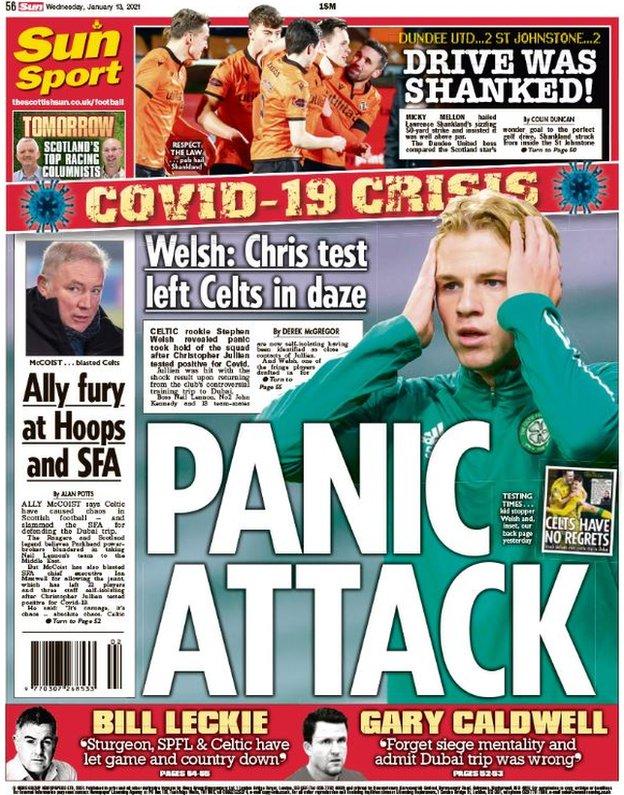 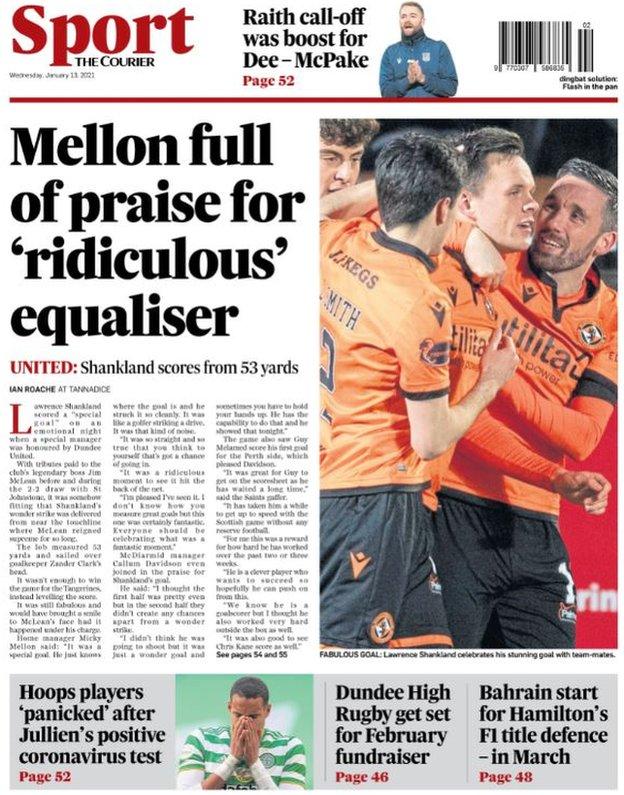 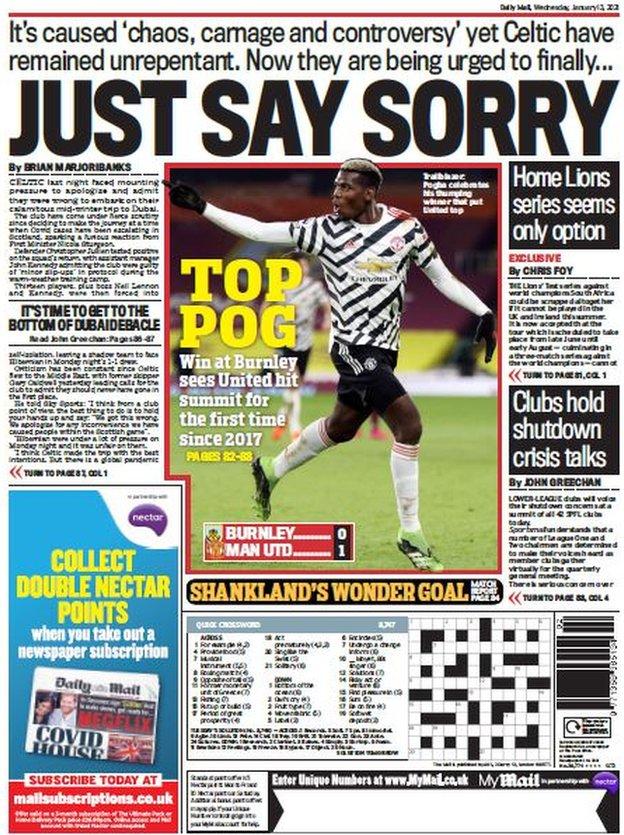 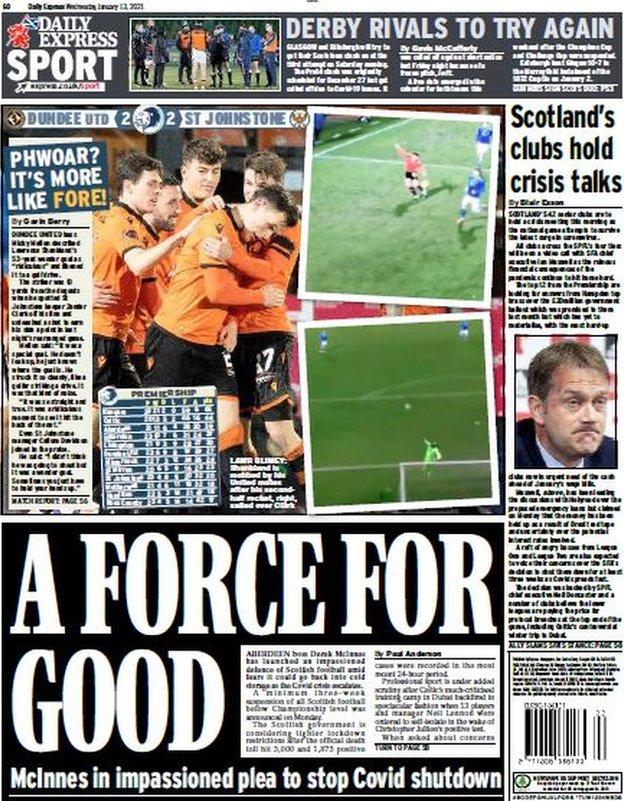