Celtic will tell AC Milan to forget about signing Odsonne Edouard next month, but are prepared to sell the French striker in the summer. (Daily Record)

Airdrieonians manager Ian Murray is braced for bids for Thomas Robert this month, with Rangers, Celtic, Hibernan, Hearts and Dundee United all keeping tabs on the attacker. (Scottish Sun) 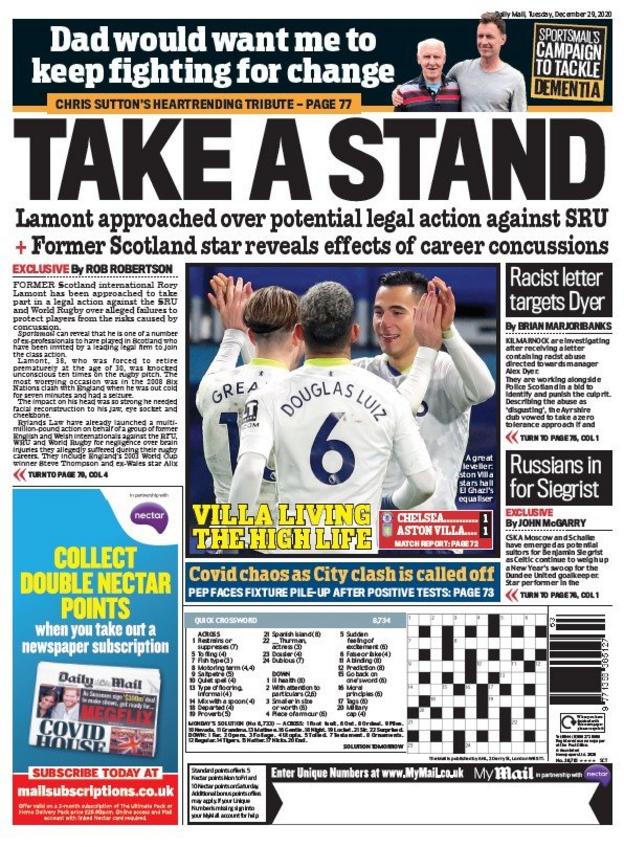 Scottish Premiership clubs want answers from the government about the £20m of loans on offer to them, repayable over a six-year period at a interest rate of around two per cent. (Daily Record)

Ross County manager John Hughes hopes to make a couple additions to his squad in the transfer window. (Press & Journal)

Hearts have challenged Craig Wighton to continue his goalscoring form before they open talks over an extension of his contract, which expires in the summer. (Scotsman)

Dundee United will wear black armbands and observe a minute's silence when they face Celtic on Wednesday and the club will open an online condolence book to allow fans to pay tribute to Jim McLean.(Dundee Courier) 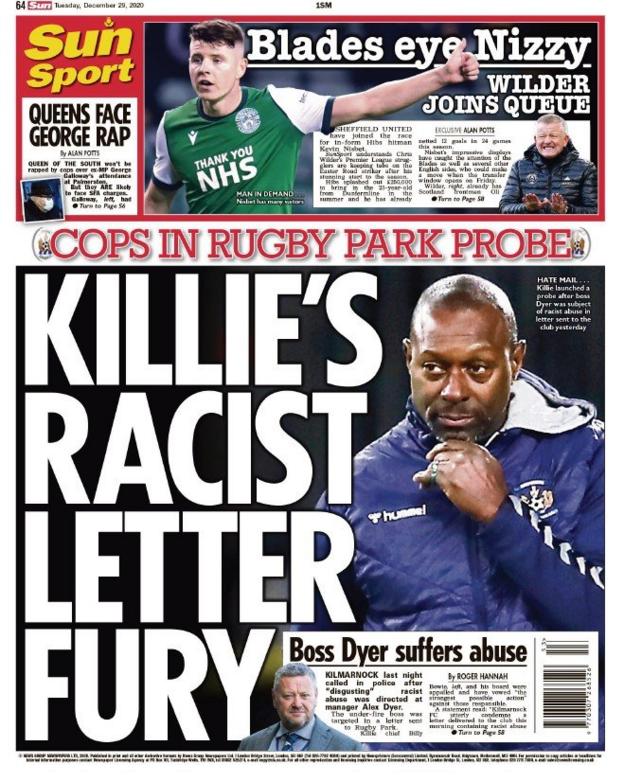 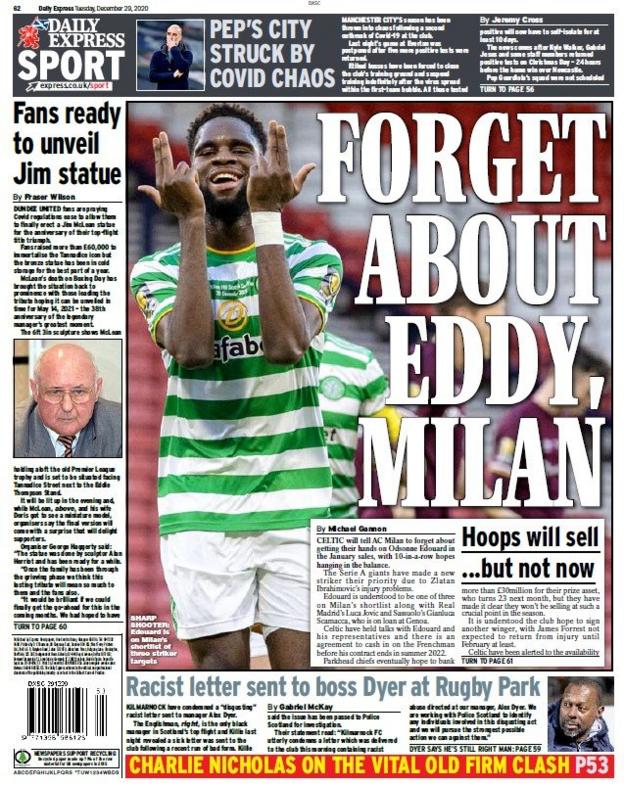 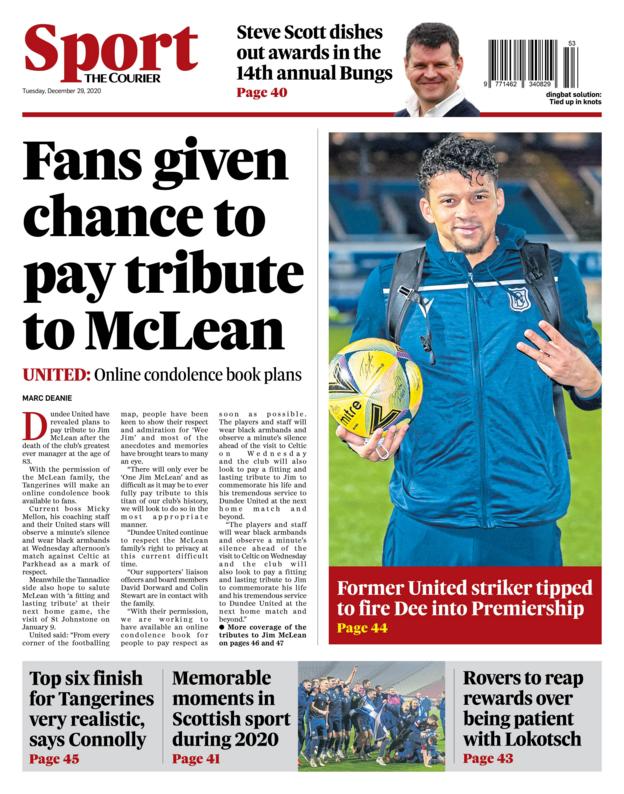