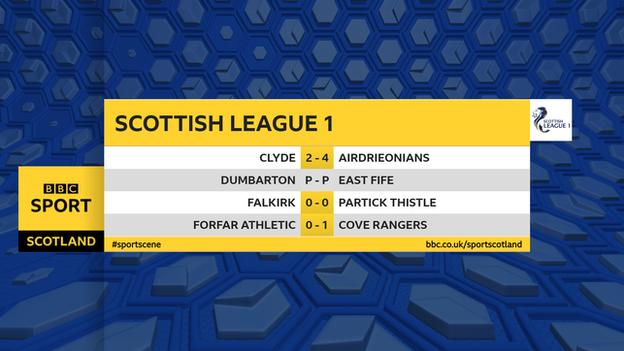 Thistle struck the frame of the goal through Zak Rudden, but he was sent off just after the hour after appearing to exchange words with the referee.

Callumn Morrison had the ball in the net but it was ruled out for a foul and Falkirk had to settle for a point.

Mitch Megginson's goal on 64 minutes proved the difference for Cove, while Carrick's double for Airdrie was added to by goals from Thomas Robert and Josh Kerr. Barry Cuddihy and Ally Love netted for Clyde.

Dumbarton's home match against East Fife was postponed because of a waterlogged pitch. 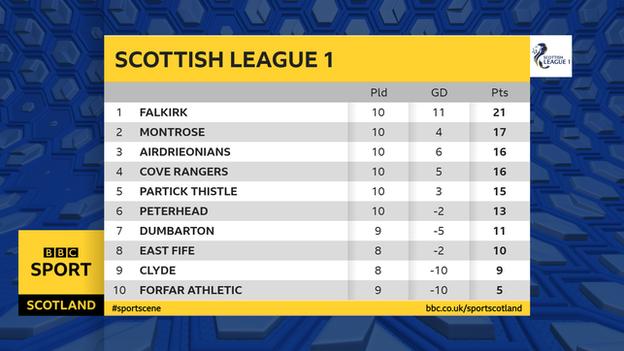