Aberdeen are set to miss out on having Marley Watkins return for the second half of the campaign, with Bristol keen to keep the on-loan forward after January. (Bristol Post)

Hamilton Accies defender Scott McMann is confident of causing an upset in their Boxing Day clash against Celtic - despite losing to Livingston in their last Premiership fixture before Christmas. (Daily Record)

Hibernian manager Jack Ross insists he will have no qualms throwing goalkeeper Dillon Barnes in against Rangers with Ofir Marciano struggling to make the Ibrox trip. (Sun)

Callum Davidson says Michael O'Halloran will have to earn his trust to play for St Johnstone again, after picking up two yellow cards shortly after coming on as a substitute in their defeat by Rangers. (Sun)

Neil Lennon believes Celtic will deliver a thrashing to someone soon after watching his side beat Ross County 2-0. (Sun)

Steven Gerrard has urged his Rangers players to maintain their form in the Premiership title race - after marking the halfway point in the campaign with victory at St Johnstone.(The National) 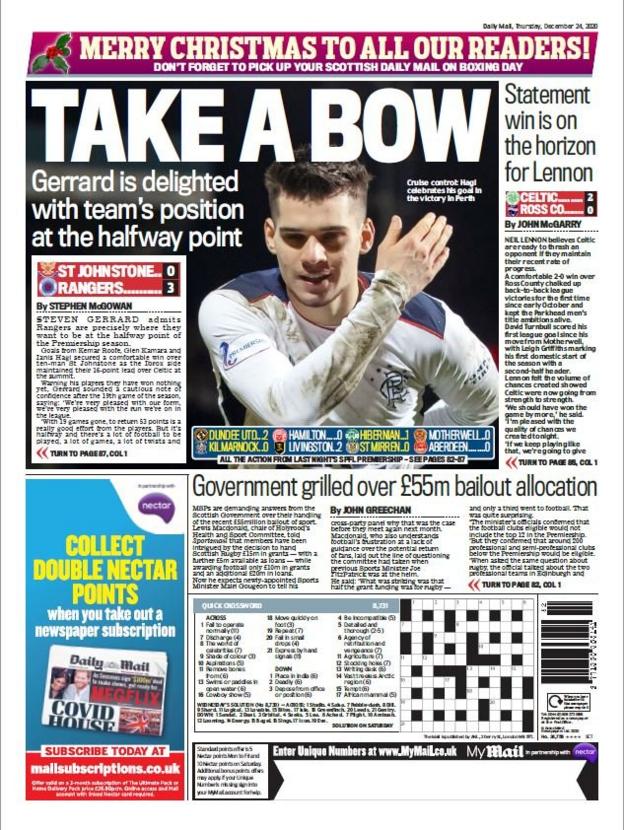 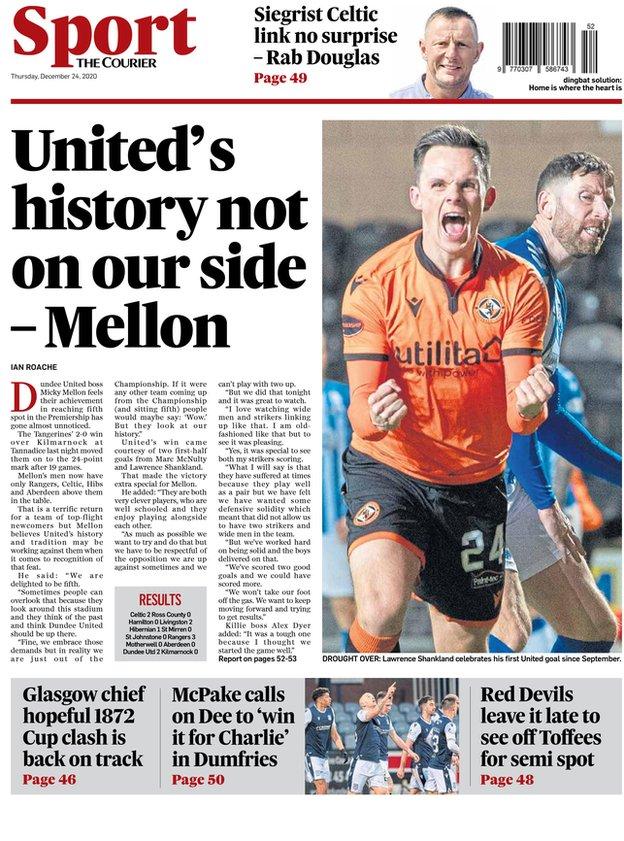