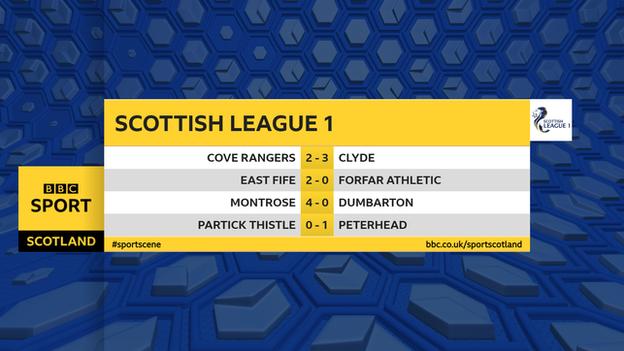 Montrose moved above Partick Thistle and Cove Rangers, and within four points of Scottish League 1 leaders Falkirk, with a 4-0 win over Dumbarton.

With Falkirk not playing Airdrieonians until Sunday, Montrose climbed the table with goals from Andrew Steeves, Cammy Ballantyne (2) and Russell McLean.

Forfar are now four points adrift of Clyde at the bottom after Jack Hamilton and Danny Denholm secured victory for the Fifers.

At Balmoral Stadium, David Goodwillie scored two penalties for struggling Clyde but it took a last-minute goal from substitute Mark Lamont to secure all three points.

Mitch Megginson pulled Cove level after Goodwillie's first spot-kick and scored again to give the hosts the lead until the second half. 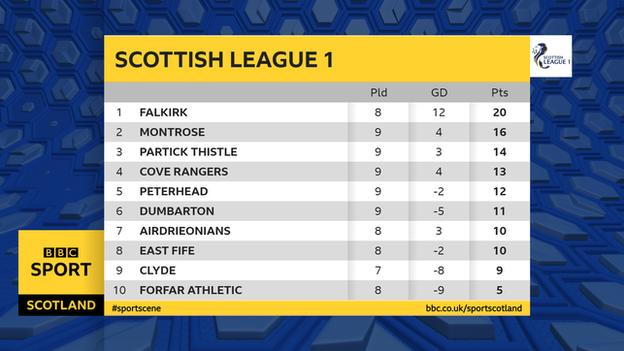