Manager Neil Lennon hints that Celtic's experienced players will return for the Scottish Cup final against Hearts next weekend, saying: "I'd like to think the hardcore that got us there deserve an opportunity". (Daily Record)

"They have stepped up at big times and big moments," says Rangers manager Steven Gerrard of James Tavernier and Connor Goldson after the defenders scored in yesterday's 2-1 win at Dundee United. (Glasgow Times)

Rangers skipper James Tavernier says there is a "good, healthy kind of competition" for free-kick duties between him and fellow full-back Borna Barisic after scoring his 17th goal of the season with a cracker from 30 yards at Tannadice. (Scottish Sun)

Highland League fans have been warned not to break coronavirus rules to ensure crowds can continue to cheer from the stands after supporters erected stepladders to watch a game at Deveronvale. (Press & Journal) 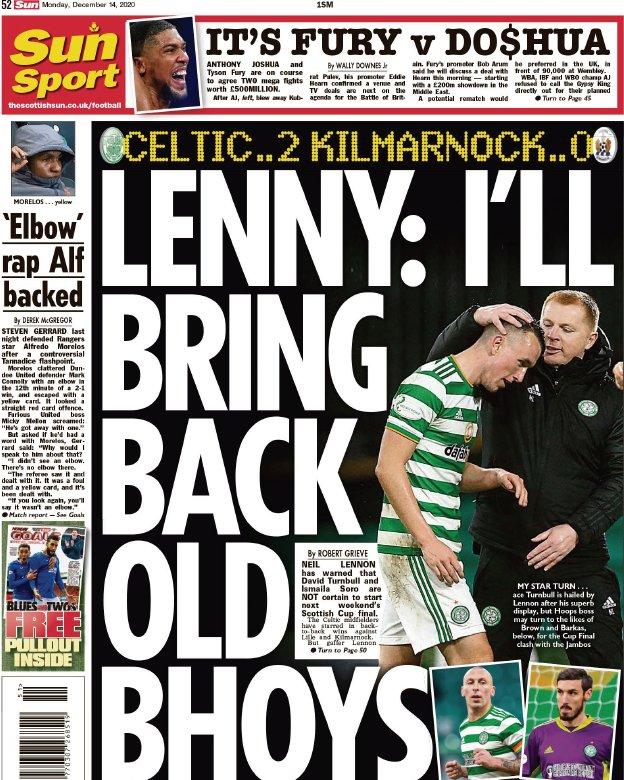 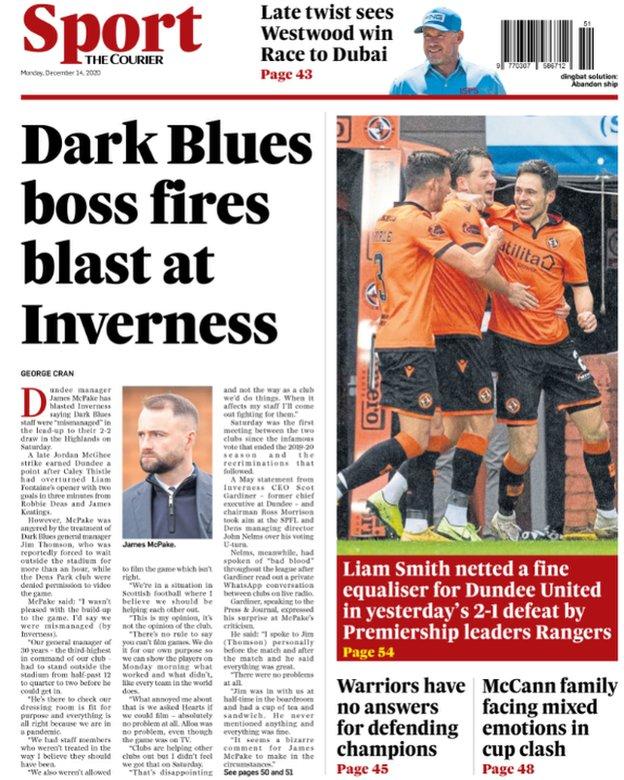