Italian top-flight club Sampdoria are interested in signing Rangers midfielder Ianis Hagi, the 22-year-old Romanian having struggled to secure a regular starting place in recent weeks. (Clubdoria46 via The Scotsman)

Israel defender Hatem Elhamed, who admits he has struggled to settle at Celtic, could be offered an escape route out of Scotland by his former club, Hapoel Be'er Sheva, but Maccabi Haifa, Beitar Jerusalem and Maccabi Tel Aviv are also interested in the 29-year-old. (Daily Record)

Aberdeen manager Derek McInnes is confident the Scottish Premiership club will recoup their investment in Ronald Hernandez as he contemplates selling the 23-year-old in January, with the Venezuela full-back having made just four starts since signing for £800,000 from Norwegian club Stabaek almost a year ago. (Press & Journal)

Trinidadian defender Leland Archer, the 24-year-old who is on trial with Hibernian from United States second-tier club Charleston Battery, says having Thomas Roberts, the Dallas midfielder also on trial, for company helped him through quarantine before they could join the Premiership club for training. (Edinburgh Evening News) 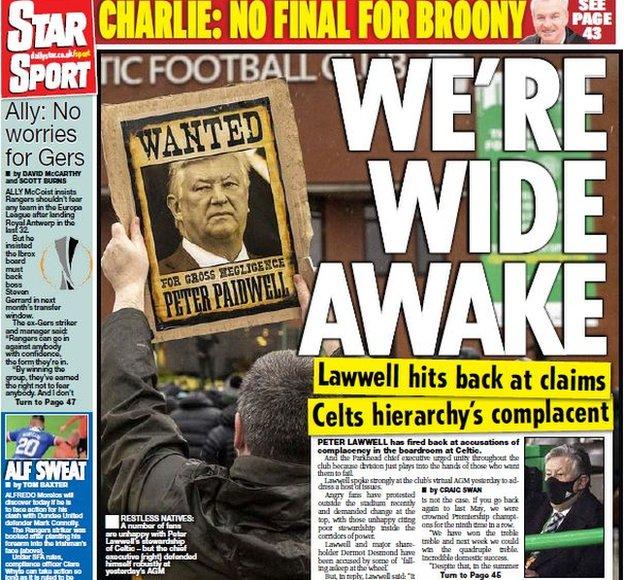 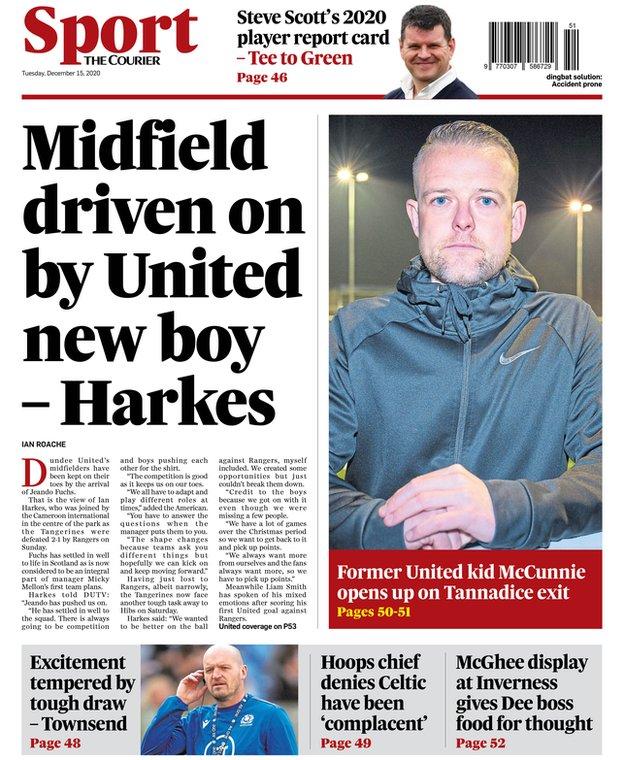 Rangers striker Alfredo Morelos will discover on Tuesday if he is to face further action after Sunday's yellow card in a clash with Dundee United defender Mark Connolly. Under Scottish Football Association disciplinary rules, compliance officer Clare Whyte can take further action so long as it is ruled to be "exceptional in nature". (Scottish Sun)

Rangers striker Alfredo Morelos, who has scored just three goals in 12 league games, has posted a defiant message on social media, saying: "Be strong, because things are going to get better. Maybe there is a storm now, but the rain doesn't last forever." (The Herald)

Hibernian will not rush Scott Allan, who has not played since August, back into action despite the 29-year-old midfielder being given the green light by doctors to return to training after a mystery illness. (Daily Record)

Club 1872, which has agreed a deal to purchase former Rangers chairman Dave King's shares in the Ibrox outfit, will vote in favour of all eight resolutions at the club's annual meeting on Tuesday, therefore giving backing to the current board. (The National)

Rangers are not getting carried away after going top of the Scottish Women's Premier League with a thumping 5-0 win over champions Glasgow City, says midfielder Megan Bell.(Anyone's Game) 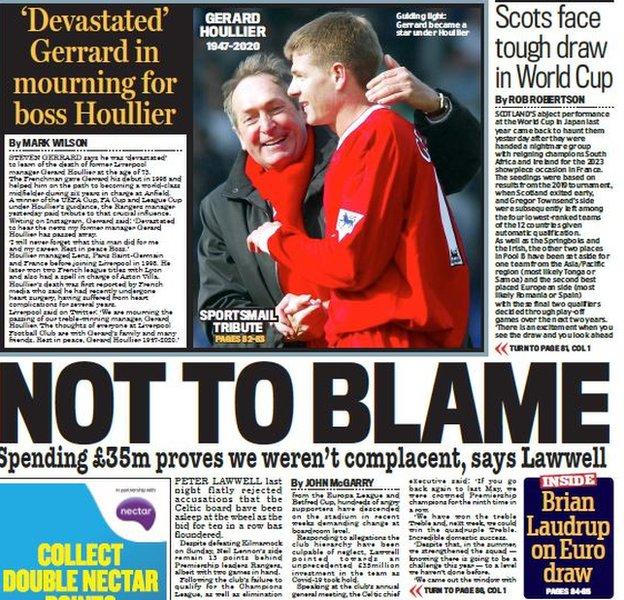 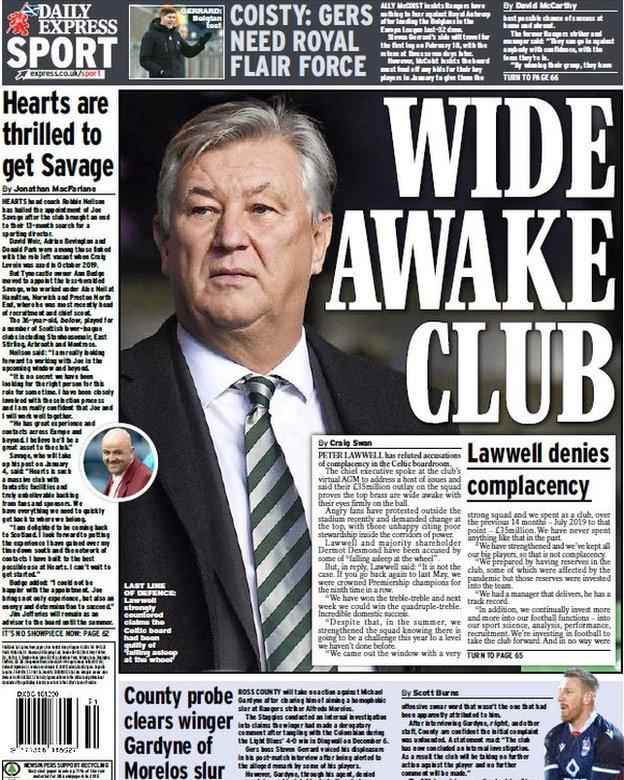 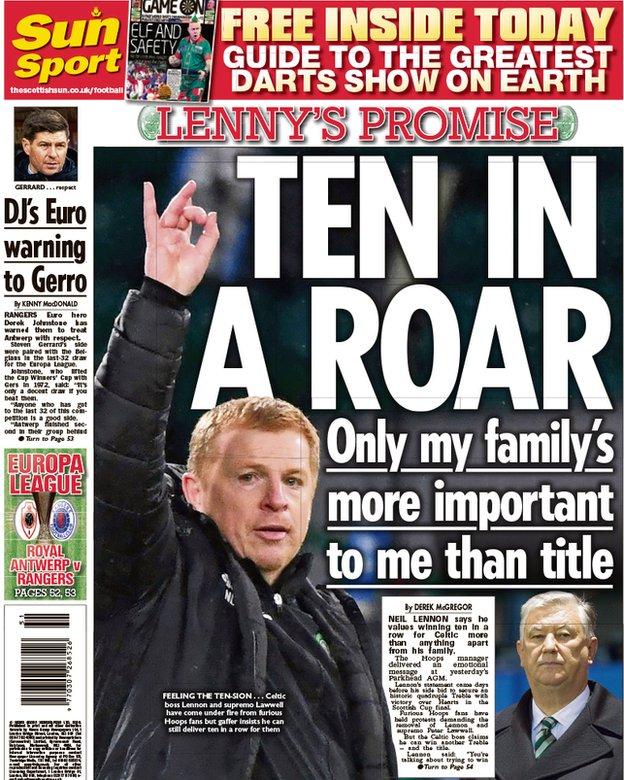