Cluj have been forced to deny that head coach Dan Petrescu left the Romanian champions with a view to taking over from Neil Lennon at Celtic, the former Chelsea defender having exited by mutual consent this week following a shock cup defeat by Politehnica Iași. (Daily Record)

Celtic manager Neil Lennon says he is pushing ahead with January transfer targets to "freshen up" his squad despite admitting he would have understood it if he had been sacked in the wake of Sunday's Scottish League Cup defeat by Ross County. (Scottish Sun)

Should under-pressure Neil Lennon be sacked after his side host St Johnstone on Sunday, he will become the 10th top-flight manager to do so in the last 30 years - and the fourth from Celtic. (The Courier)

West Ham United are in talks with manager David Moyes over an extension of his contract, which expires at the end of the season. (Sky Sports)

Caretaker David Martindale, who was assistant to the departed Gary Holt, is front runner to become Livingston head coach after bringing former midfielder Liam Fox back to the club to assist with training, but Jamie McAllister, who scored the second goal when the side won the League Cup in 2004, has emerged as a dark horse along with former boss David Hopkin. (Daily Record)

Rangers manager Steven Gerrard insists there is no rush to offer Allan McGregor a new contract and admits there is no guarantee the veteran goalkeeper will extend his playing career beyond next summer. (The Scotsman)

Scotland midfielder Kenny McLean, who has been linked with Rangers, could return to action with Norwich City as early as Christmas despite suffering a knee injury last month and fears he could be out of action for four to five months. (Scottish Sun) 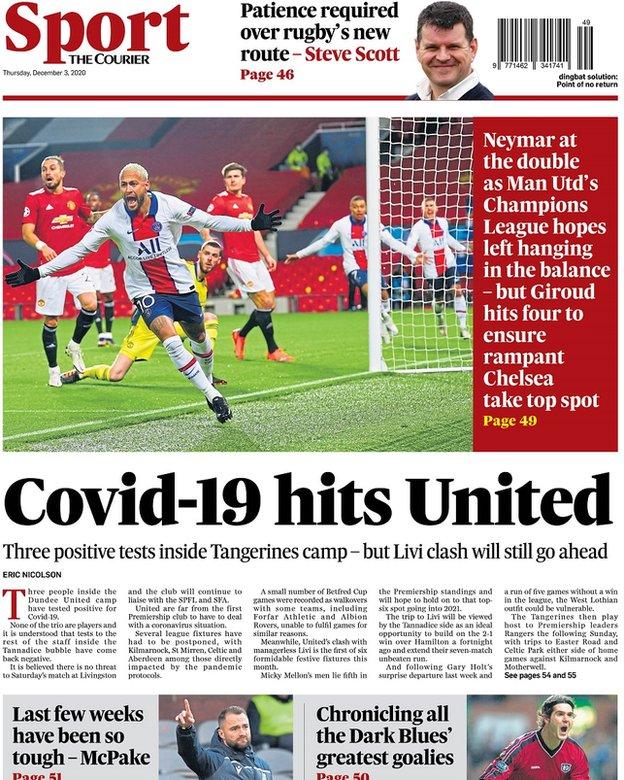 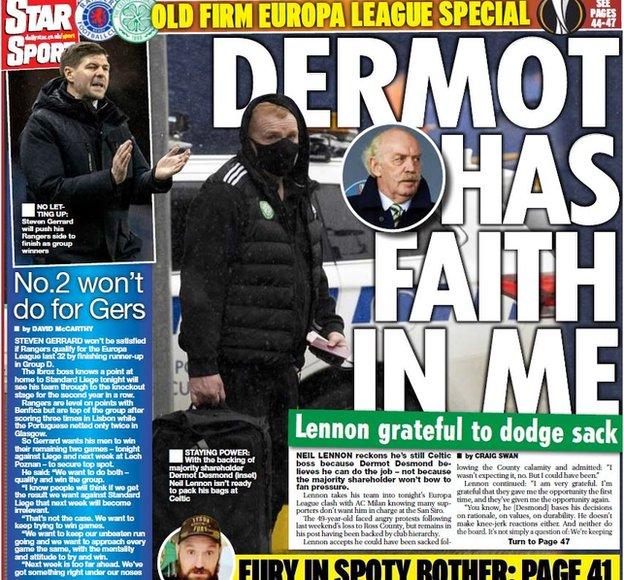 On-loan Celtic left-back Boli Bolingoli was forced off with an early injury during Istanbul Besaksahir's 4-3 Champions League defeat by RB Leipzig after colliding with one of his teammates. (The National)

Dundee United are the most wasteful team in the Scottish Premiership this season when comparing the amount of times each top-flight side has recorded an unsuccessful touch or been dispossessed on the ball. (The Scotsman)

Hibernian lead the Premiership in strikes beyond the 18-yard line and only Livingston take more shots from very close-range inside the six-yard area. (Edinburgh Evening News)

Rangers manager Steven Gerrard admits he was surprised by former chairman Dave King's announcement that he has agreed to sell his shares to fan group Club 1872. (Daily Record)

Rangers manager Steven Gerrard reckons the Europa League has helped him become a better boss as he looks to guide his side into the knockout rounds once again when they face Standard Liege on Thursday. (The Herald)

Aaron Pressley, the striker son of former Celtic, Hearts and Scotland defender Steven, made his Brentford debut in their English Championship win away to Rotherham.(Edinburgh Evening News) 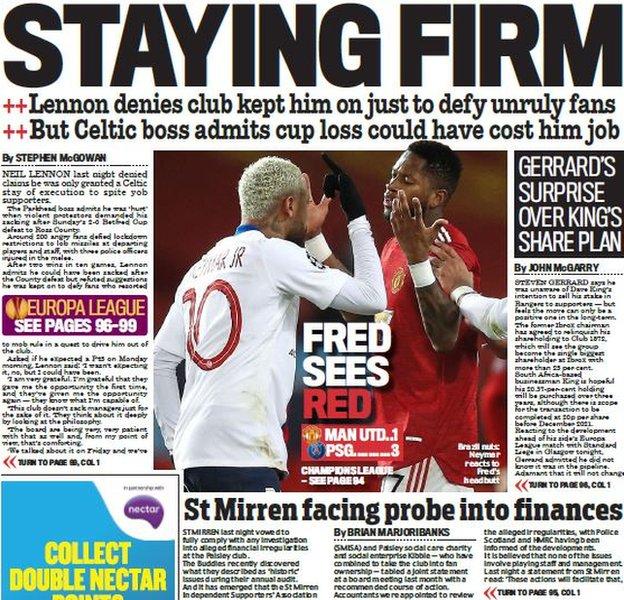 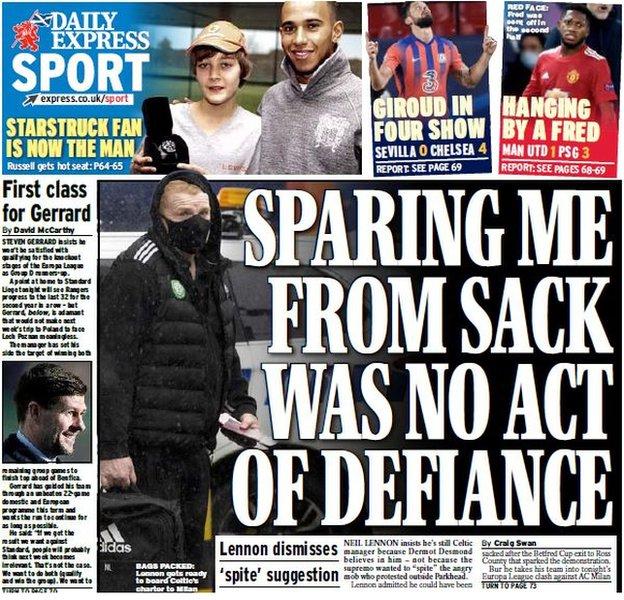 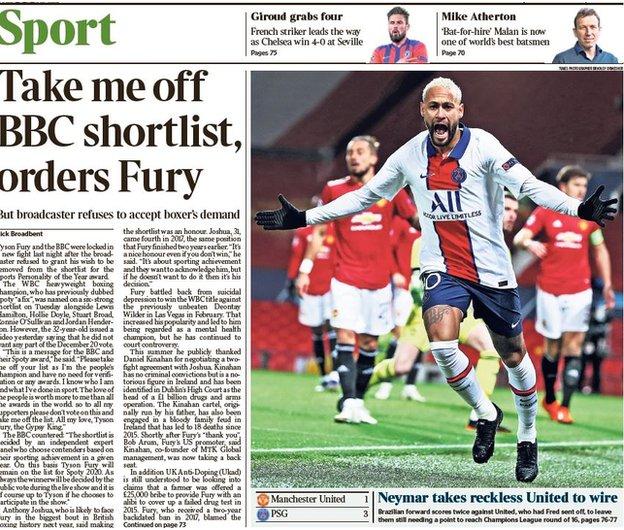