For many Celtic fans, what should have been a dream season on the way to a perfect 10 has descended into a crisis of dismay and despair.

Only a few months ago, a title tilt that would clinch a decade of domestic dominance was started in swashbuckling style as Hamilton were trounced 5-1.

Since then, though, things have deteriorated to such an extent a small group of fans felt compelled to stage an ugly demonstration outside Celtic Park on Sunday following the club's defeat by Ross County in the Scottish League Cup.

But how bad has it been for Celtic this season under Neil Lennon? Here are a few key graphics to guide you through the angst...

That shock win for County ended a run of 35 domestic cup wins on the bounce for Celtic, ending the chance of another treble.

In truth, though, it is just a small snapshot of the problems at the club as Lennon's side lurch from one bad result to the next.

Out of the Europa League after just four games, 11 points adrift of Rangers in the Premiership - albeit with two games in hand - after an embarrassing Old Firm derby earlier this season, and now a domestic cup dynasty brought to an end. 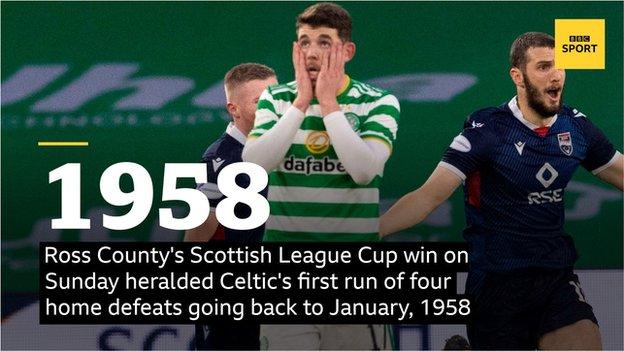 One of the major hammer blows to Celtic's faltering campaign was defeat by Hungarians Ferencvaros in Glasgow, closing the door once more on reaching the Champions League.

The defeat - which was the Scottish champions' earliest exit in 15 years - also made it three years without a place at Europe's top table. 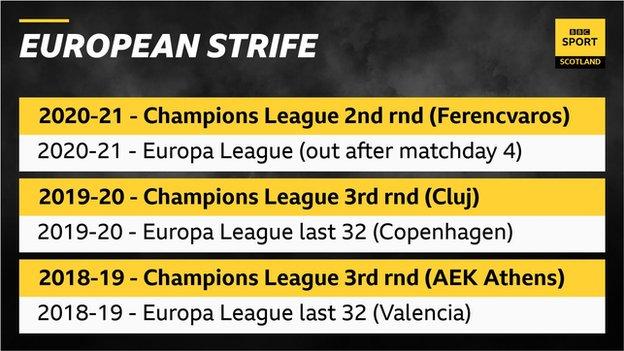 While last season Celtic managed to carve out success in their Europa League group, topping their section with home and away wins against Lazio, this season's campaign has been a disaster.

A late rally was not enough to halt AC Milan at Celtic Park, while a 2-0 lead away to Lille was tossed away. An aggregate 8-2 mauling by Sparta Prague has left the Scots bottom of their group with no hope of progression.

Lennon was backed in the transfer window but doubts remain over his summer signings.

The majority of the investment was plunged into defence. Goalkeeper Vasilis Barkas was recruited for a reported £4.5m from AEK Athens, Shane Duffy was drafted in on loan from Brighton while AC Milan left-back Diego Laxalt also checked in on a temporary deal.

Yet Celtic's defence is leaking goals at an alarming rate, with 23 shipped in the last 10 games and just nine clean sheets kept this term.

Not only that, but figures early this month showed Lennon's side face 38% more shots in the Premiership than title rivals Rangers, suggesting their defence are not repelling their opponents as well as they should be.

The jury is also out on other signings brought in by the Northern Irishman.

Striker Albian Ajeti has has gone nine games without a goal, while David Turnbull, who joined on a £3.25m deal from Motherwell, has only played six times, totalling just 131 minutes.

That's 300 minutes less than he's played for the Fir Park side this term, despite leaving in August. 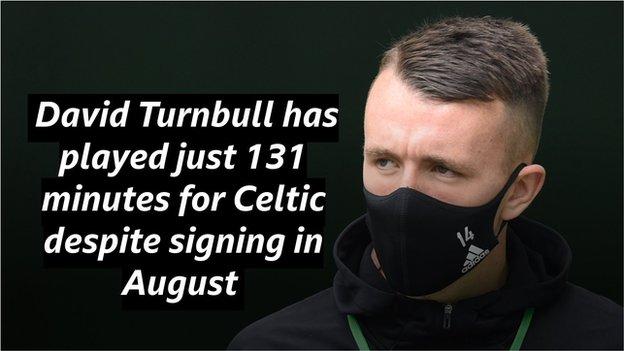 No longer in a league of their own

It is hard to believe that not even two months ago Celtic were on an eight-game winning streak. Since then, it's been just two victories in 10.

There has only been one Premiership defeat in this campaign but only eight points garnered in their last five league outings as Rangers rack up the victories. 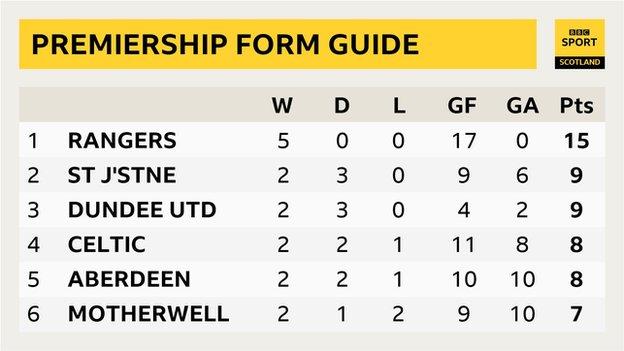 Has it been that bad?

Taking a step back and peering at the big picture, the answer is, well possibly not.

Yet, Lennon's second spell at Celtic shows how consistent the team have been - until these past few weeks. Of the club's former managers, only Martin O'Neill has a higher win percentage.

The caveat to this is of course the lack of Champions League football and potential thumpings from the likes of Barcelona and Paris St-Germain that Brendan Rodgers' teams had to endure.

And, let's not forget, he is still a game away from completing the club's quadruple treble if victory is secured against Hearts in next month's Scottish Cup final.

Only time will tell whether he will still be there to be the man to take Celtic to Hampden on 20 December.