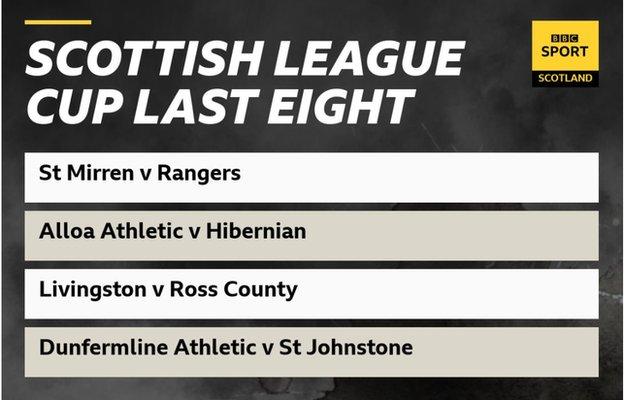 Favourites Rangers will face St Mirren in Paisley in the quarter-finals of the Scottish League Cup as Steven Gerrard looks to win his first trophy.

After Celtic's shock exit at the hands of Ross County, the Dingwall side travel to play Scottish Premiership rivals Livingston.

Rangers have reached the semi-final and final in Gerrard's two seasons in charge. However, Celtic's exit means there will be a new winner for the first time since in 2016.