Under-pressure Celtic boss Neil Lennon says he is enjoying the intense scrutiny he's facing and has no intention of quitting. (Daily Record)

Skipper Scott Brown has dismissed the notion that all of Celtic's players are not behind Lennon. (Herald)

Benfica manager Jorge Jesus is confident his depleted squad can beat Rangers on Thursday and take a major step towards the Europa League last 32. (BT Sport)

Hearts defender Christopher Berra, 35, has hit back at critics who claim he is finished. (Edinburgh Evening News)

Elgin City have been given the green light from Moray council to have 220 fans at Saturday's League Two match against Cowdenbeath and are awaiting confirmation from Scottish football's joint response group. (Press & Journal) 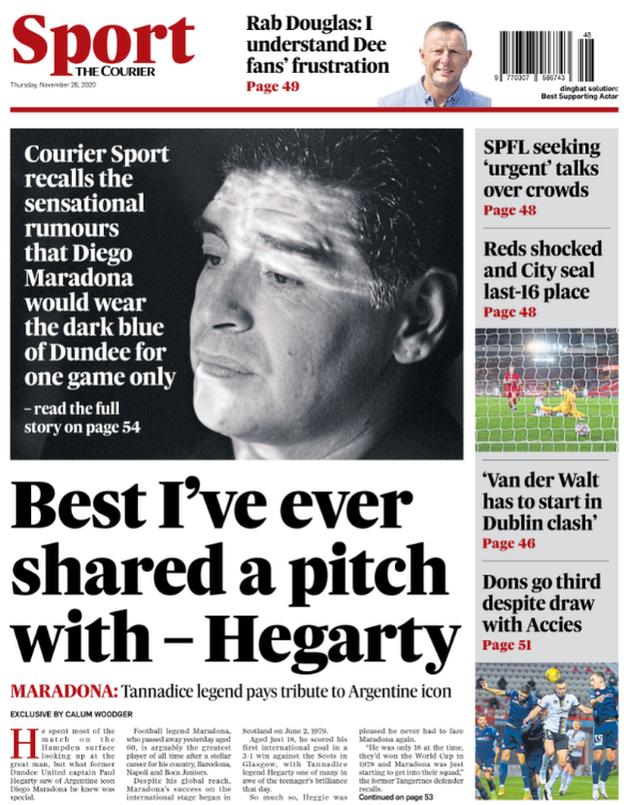 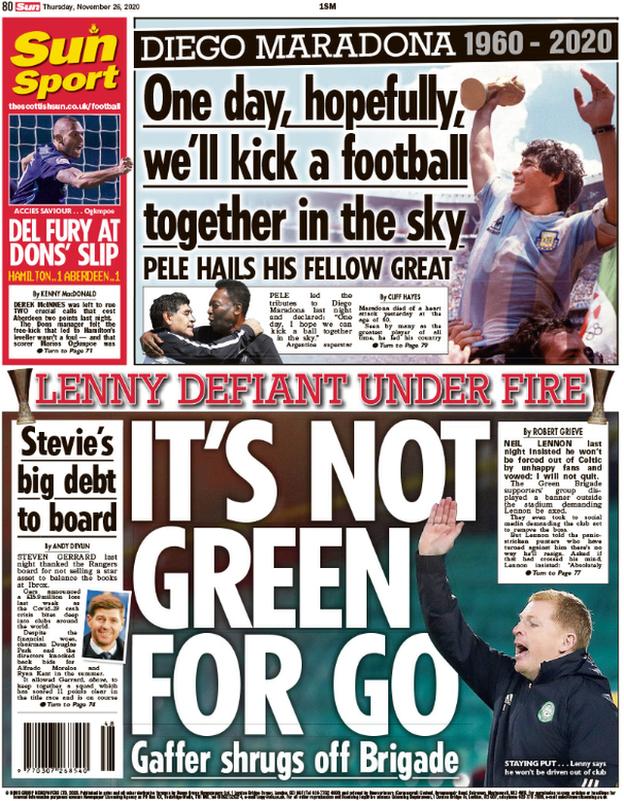 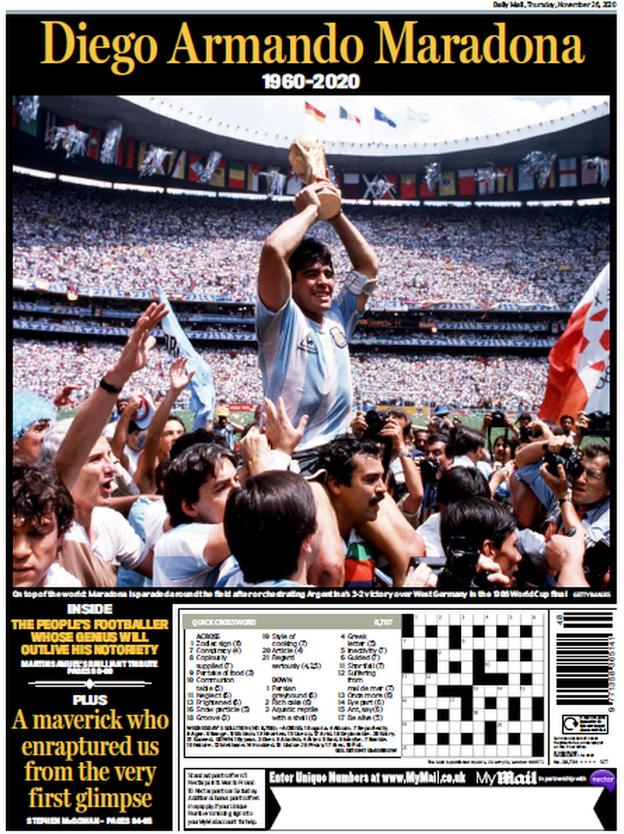