Leeds United could make a £20m move for Rangers winger Ryan Kent if the 24-year-old is unable to negotiate a new deal at Ibrox. (Football Insider)

Rangers chairman Douglas Park and director John Bennett have agreed to continue providing the Ibrox club with loans to cover the shortfalls after the Ibrox club admitted they will need to raise more than £20m in fresh investment by the end of next season. (The Scotsman) 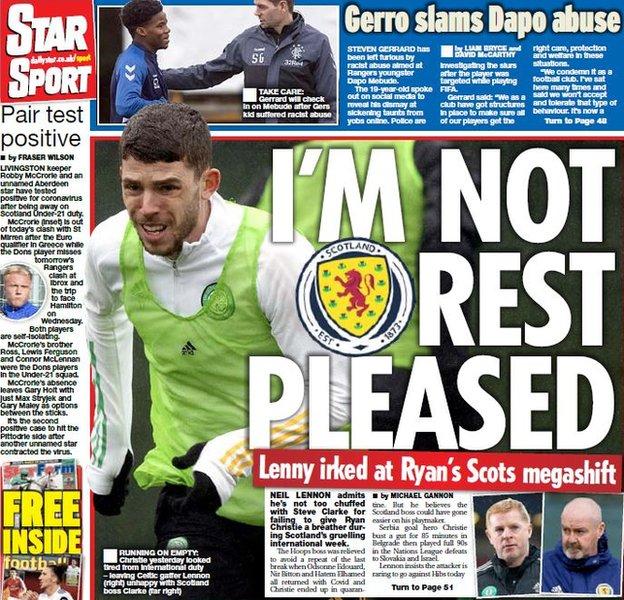 Rangers manager Steven Gerrard has thanked former chairman Dave King and current Ibrox supremo Douglas Park for their support despite the losses recorded by the Ibrox club. (The Herald)

Celtic captain Scott Brown came out of retirement to play for Scotland against England four years ago, but the midfielder has ruled out a similar return to play against the same opponents at next summer's delayed Euro 2020 finals. (Scottish Sun)

Celtic manager Neil Lennon says he isn't giving up on qualifying from his side's Europa League group just yet despite a hugely disappointing start. (Evening Times) 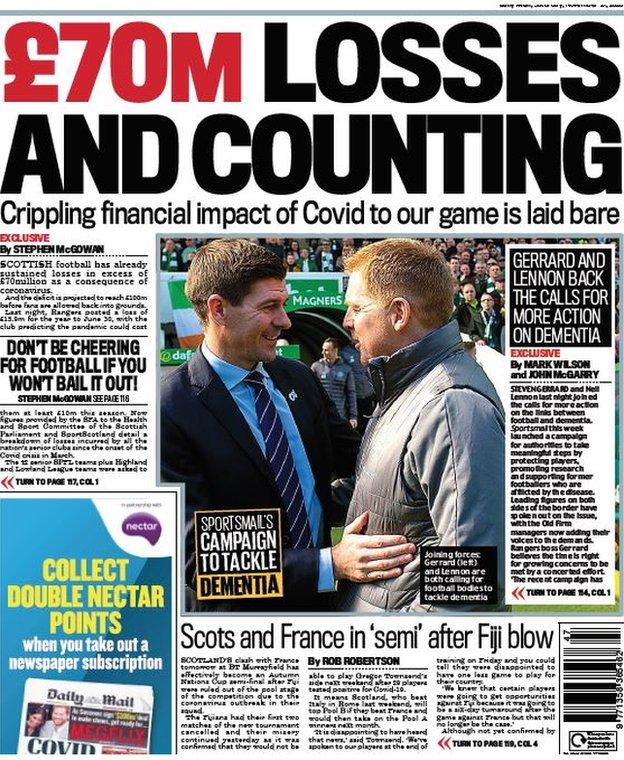 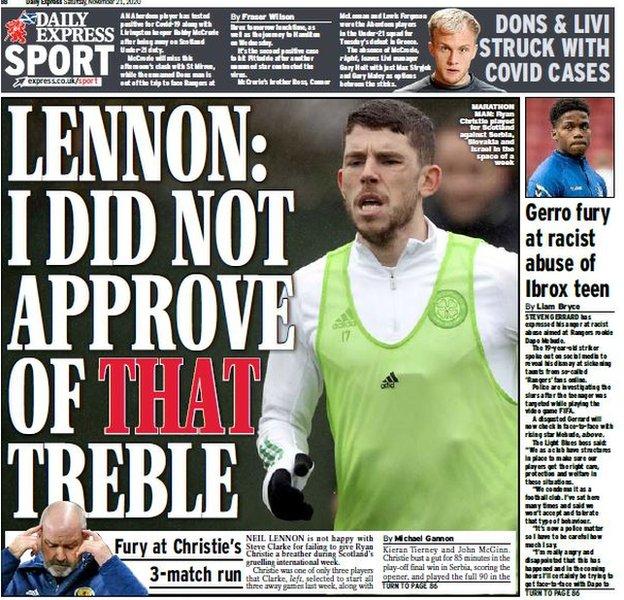