Clubs want a plan for the return of fans - not Scottish government handouts - to help stem the losses caused by Covid-19, says Aberdeen chairman Dave Cormack.

The Scottish Premiership club have announced an operating loss of £2.9m for the year ending 30 June 2020, due to a drop in turnover of £1.6m.

"We need a plan," Cormack said.

"My appeal has been to the authorities and to government. Let's sit down at a high level and let's have a conversation about what makes sense.

"We are not looking for handouts, we are looking for a plan, because at the end of the day, any of the [funding] numbers that are mentioned will be welcome, [but] once it is divvied up among all the clubs [it is] most likely a drop in the ocean as to what we need to be able to get through this."

Despite fresh investment, wage deferrals and cuts, and the sale of defender Scott McKenna for a club-record fee, Aberdeen predict their income will fall by a further £4m this year to £10m, leading to a projected £5m loss if fans are not allowed to return swiftly. 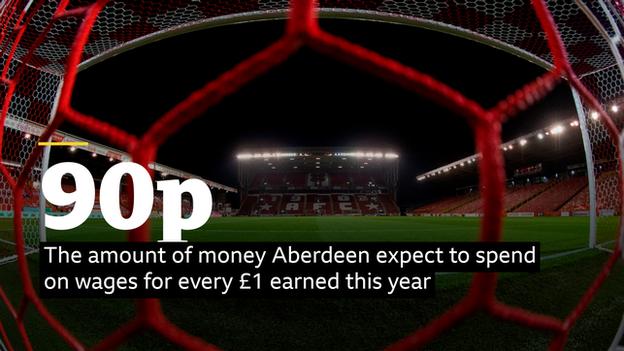 Cormack believes all clubs will need to cut operations, including their academies and community programmes, if the situation continues.

Plans for a new £50m stadium at Kingsford on the outskirts of Aberdeen have also been temporarily shelved for up to three years, although Cormack said he was unable to give a precise timescale without knowing when supporters will be allowed to return to stadia.

"We could have had £8m that could have gone towards the new stadium that we have used to cover losses as a result of Covid," the Aberdeen chairman added.

"The stadium project is going to happen. But the reality is that that project is on the back burner because all of our efforts are on getting through this."