Scotland head coach Steve Clarke says the country is back on the football map after ensuring their 23-year wait for a major tournament comes to an end at Euro 2020 next summer (Scottish Sun).

And Clarke says there was plenty of emotion in the Scotland dressing room after the shootout win in Serbia (Daily Record).

Clarke's son John joined in the celebrations on social media and labelled Scotland's achievement "the greatest thing" he will see (Scotsman).

Napoli defender Amir Rrahmani claims Celtic made a second move to buy him over the summer (Daily Record).

There is more expectation on Rangers to get a result in the women's Old Firm derby on Sunday because of their budget, says . manager Fran Alonso (Anyone's Game). 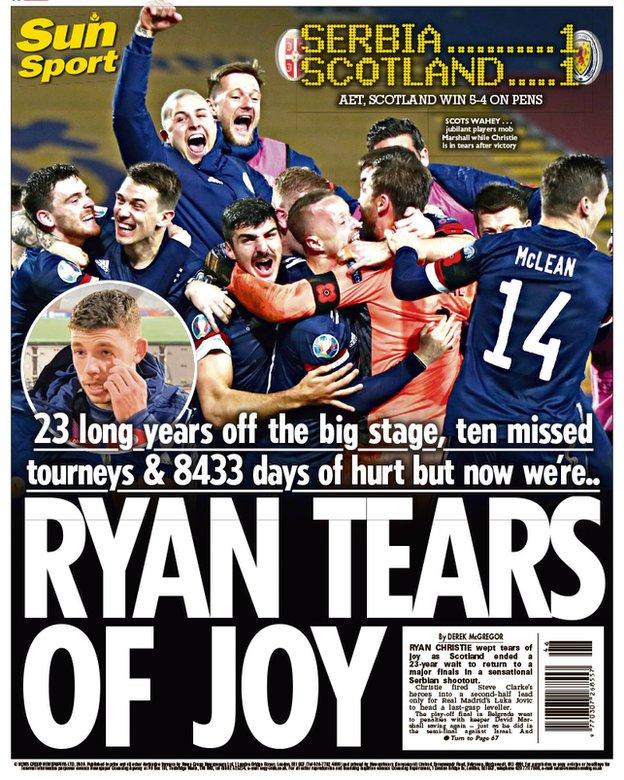 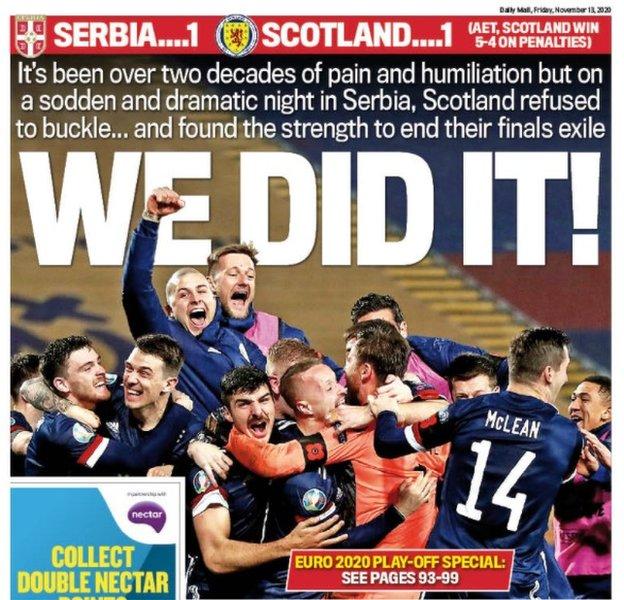 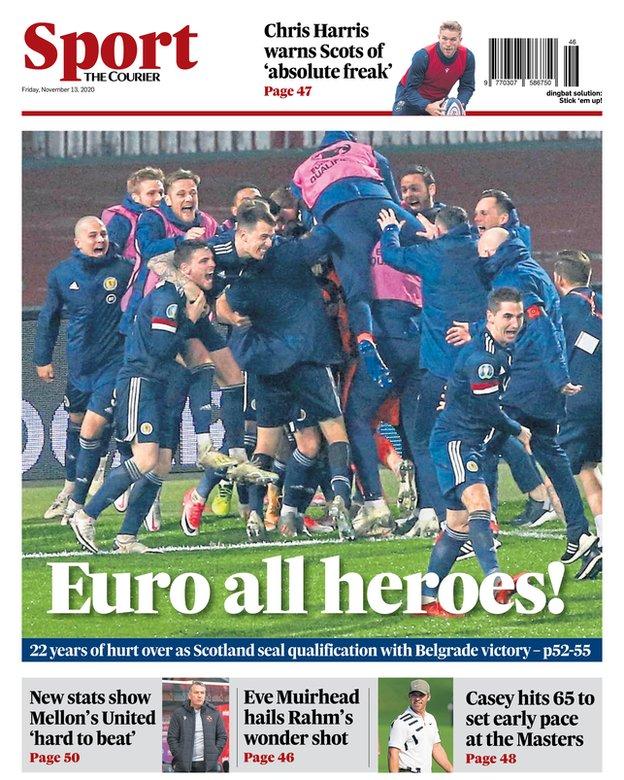