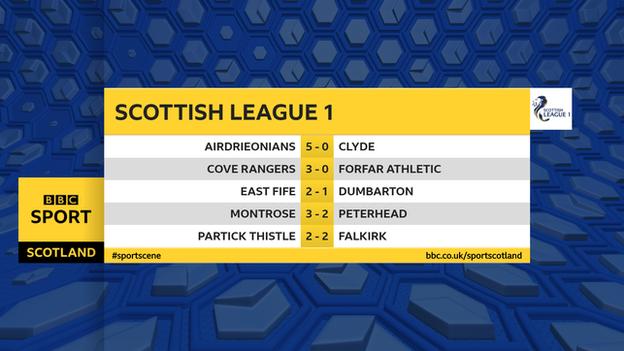 Cove Rangers made it four wins out of four against Forfar Athletic to go four points clear at the top of Scottish League 1.

Dumbarton went down 2-1 against East Fife and are now level on points with Montrose after Peterhead lost 3-2 at Links Park.

And Airdrieonians had the biggest win of the day, humbling Clyde 5-0.

Rory McAllister struck an early opener for Cove and Mitch Megginson netted twice after the break, his first a penalty.

Callumn Morrison fired Falkirk in front at Firhill and Thistle's Brian Graham had a first-half penalty saved before Joe Cardle and Graham turned the game in the Jags' favour after the break. However, Charlie Telfer netted a late leveller for the Bairns.

Jack Hamilton headed East Fife in front against Dumbarton and Ryan Wallace got the Fifers' second after Jamie Wilson's equaliser.

Ben Armour got Peterhead's opener away to Montrose but Russell McLean scored either side of the break to turn the match in the hosts' favour before Armour struck again for the visitors. Graham Webster's penalty settled the match and Peterhead's Jason Brown was sent off late on for a second booking. 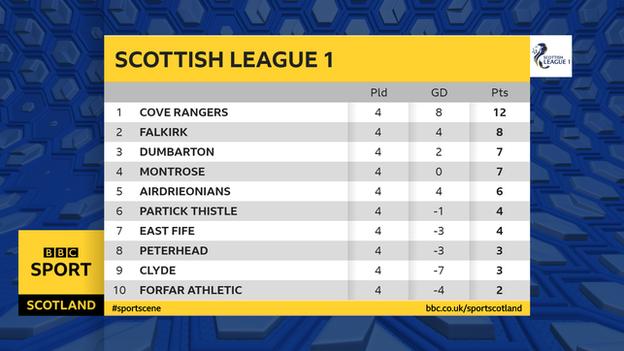