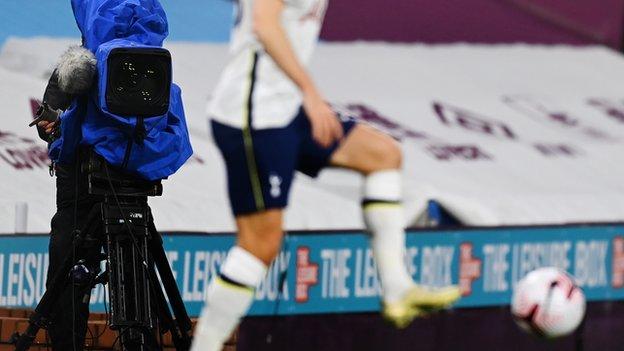 The Premier League has extended its pay-per-view model to matches on 6-8 November but will review the service after the international break.

The scheme has been criticised by a number of supporters and pundits, with fans donating to food banks instead of paying the £14.95 fee.

Games had been previously been free-to-air when the Premier League returned.

"In consultation with clubs, all elements of the pay-per-view service, including the price, will be reviewed ahead of Premier League matches returning after the international break later next month," a Premier League statement read.

With fans unable to attend games, matches were shown on free-to-air TV from June, but that changed in early October.

Clubs voted 19-1 in favour of the pay-per-view model, describing it as an "interim solution".

Ex-England right-back Gary Neville told Sky Sports' Monday Night Football that the scheme needed scrapping, adding: "It's finished, no-one is paying for it, no-one is watching it, it's done."

On 9 November, the government will debate a petition about the return of fans which received more than 198,000 signatures.