It was the morning of 22 May, 2011 - the day after Lille Olympique Sporting Club had ended a painful 57-year interlude by claiming the Ligue 1 title.

L'Equipe's "indisputable" assertion almost a decade ago was undeniable as Lille wrestled the championship from Marseille's grasp. That season was like a dream for "the stars of the north" as they claimed a league and cup double.

And making that dream come true more than most was a 20-year-old Eden Hazard. The now-Real Madrid attacker and Belgium captain was France's player of the year as part of an exciting attacking line that also featured future Arsenal forward Gervinho.

Hazard's crowning moment came in Marseille's Stade Velodrome, in what may remain his best goal to date. His left foot produced a moment of profound brilliance to help Le Dogues to season-defining victory. It is worth rewatching its genius and recounting its importance.

The breaking up of that team was painful for the Lille fans and so have been the barren years that have followed. However, there is a growing belief that they can now break Paris St-Germain's recent stranglehold on French football. 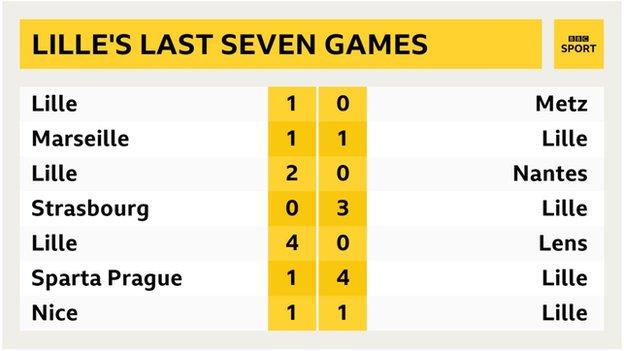 Dripping in Qatari millions, PSG have claimed seven of the past eight Ligue 1 titles having only won two prior to that.

But if this season was a 400m race, Lille have made an early dash for the first bend. Following Sunday's 1-1 draw at Nice, they remain unbeaten and lie level on points with the champions.

They are also well placed to extend Celtic's current torment to four games. Lille's opening 4-1 Europa League victory in Prague against Sparta is testament to that.

Incredibly, that was their first European win in 17 attempts, including a harsh lesson in last season's Champions League where they finished bottom of a section that boasted Chelsea, Valencia and Ajax.

Had the transfer window gone differently, the Scottish champions could have been facing Rangers' striker Alfredo Morelos after one of the summer window's most discussed potential transfers.

But instead, they could come up against another familiar face in former loanee Timothy Weah. His brief stint at Parkhead ended abruptly in 2019 as international duty interfered with the end of that campaign and saw his stay cut short.

The 20-year-old left-back made his Croatia debut in the recent Nations League matches in place of Rangers' Borna Barisic. He can play on either flank and has practically been an ever-present since arriving from hometown club Hadjuk Split last year.

A former French under-21 team-mate of Celtic's Olivier Ntcham, Bamba has been a key player after joining from Saint Etienne in 2018. He normally plays in front of Bradaric on the left. Jonathan Ikone, another French starlet, performs on the right, and there may also be a place for Euro 2016 winner Renato Sanches in the middle.

With Morelos remaining at Ibrox, Canada international David arrived for around 30m euros in the summer along with experienced Turkey international Burak Yilmaz. The pressure is on, however, as he still hasn't broken his duck. He did, however, score 23 goals for Gent last season, including against Roma in the Europa League last 32. 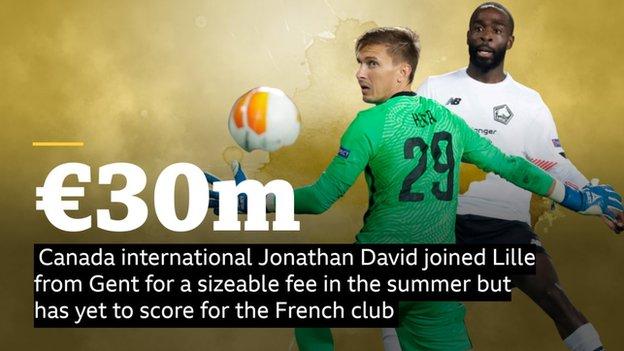