Wales remain unbeaten in the Nations League after they were held to a lifeless goalless draw away against the Republic of Ireland.

The main talking point of an uninspiring first half was a rejected penalty appeal for Wales after Ethan Ampadu was bundled over by Republic goalkeeper Darren Randolph.

It was not until the 55th minute that either team produced a genuine chance, with the Republic's Shane Long wastefully heading over from close range.

James McClean was sent off for the hosts after two yellow cards in quick succession towards the end of the game and, although Wales searched hopefully for a late winning goal, neither side really deserved to win an eminently forgettable encounter.

Having won both their first two matches of this Nations League campaign, Wales remain top of Group B4 with a trip to Bulgaria to come on Wednesday.

But they will be without striker Kieffer Moore in Sofia - who had been a doubt for this game with a bruised toe - after the Cardiff City target man picked up a yellow card to trigger a suspension.

Although the Republic are still searching for a first victory, it was in some ways a commendable effort considering that Stephen Kenny's men had to contend with the withdrawal of five players on the morning of the game and now go to Finland on Wednesday.

With two wins from their opening two fixtures against Finland and Bulgaria, Wales had travelled to Dublin with confidence for their fifth meeting with the Republic in three years.

Thursday's 3-0 friendly loss to England mattered little as manager Ryan Giggs had rested the likes of Harry Wilson and Daniel James with this game in mind, while Juventus midfielder Aaron Ramsey returned to the starting line-up as captain as one of four changes from the match at Wembley.

After a subdued start at an empty Aviva Stadium, the visitors were the first to produce a shot on target as Wilson's curling effort from the edge of the penalty area was palmed away by Randolph.

The Irish goalkeeper was fortunate not to concede a penalty five minutes later, dropping a cross and then clattering Ampadu who had beaten him to the ball.

Referee Anastasios Sidiropoulos ignored Wales' protestations, and he did the same when they appealed for handball after a Ramsey shot hit Shane Duffy and Cyrus Christie.

There was a whiff of desperation about the latter penalty appeal as Wales grew frustrated with their inability to play with any attacking fluency against a robust and well organised Irish team.

As the second half wore on, with his side lacking invention and purpose, Giggs turned to his bench and brought on David Brooks, Dylan Levitt and Neco Williams, who had scored an injury-time winner as a substitute against Bulgaria last month.

On this occasion, however, there would be no fairytale intervention from any of Wales' replacements.

This was another blunt display and a reminder of how Giggs' side can be found wanting in attack. Of all the teams to qualify for Euro 2020, none scored fewer in qualifying than his side.

And while this was a mediocre performance, Wales are still in control of their Nations League group with Wednesday's game in Bulgaria - and home matches against the Republic and Finland in November - yet to come.

Things could have been worse for the Republic, whose preparations were severely disrupted on the morning of the game when five of their players were ruled out after one of them tested positive for coronavirus.

Aaron Connolly and Adam Idah had already pulled out because of a Covid-19 issue - withdrawn shortly before kick-off of Thursday's Euro 2020 play-off semi-final loss to Slovakia - while David McGoldrick and James McCarthy were also unavailable because of injuries.

All this was particularly unhelpful as Irish morale was low after the shootout loss to Slovakia and a poor start to their Nations League campaign, which had seen them snatch a draw in Bulgaria before losing at home to Finland.

Considering the upheaval they had endured beforehand, Kenny and his side might have been content with such an uneventful start to the game.

Robbie Brady was the only player to threaten in the first half with a whipped effort which whistled just wide, and it was not until the 55th minute that either side produced a proper scoring opportunity.

If the Irish thought they might be able to pinch a late winning goal, those hopes were dashed when McClean lost his cool by getting booked for tripping Connor Roberts and then, only a few minutes later, picking up a second yellow card for a wild lunge on Ampadu.

McClean protested his innocence but it was a lost cause, the draw leaving the Republic on two points from three games and now probably concentrating on simply keeping their place in the second tier of the Nations League. 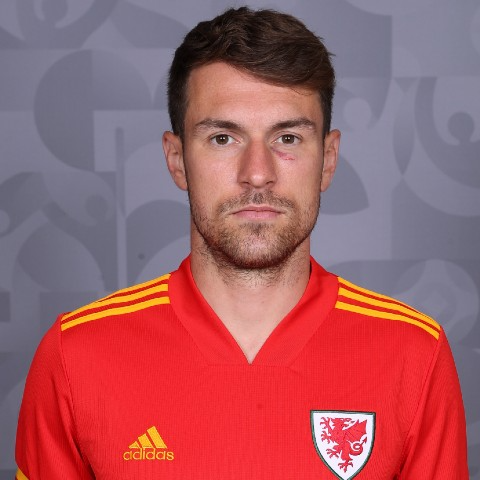