Celtic should add to their squad ahead of their transfer deadline because the prospect of losing the 10-in-a-row Premiership title to Rangers - and a potential £35m in next season's Champions League - is "unthinkable", says former Celtic striker turned pundit Chris Sutton. (Daily Record)

Rangers captain James Tavernier says he and team-mate Borna Barisic try to emulate Liverpool's Trent Alexander Arnold and Andy Robertson by "pushing each other on with our deliveries and set-pieces". (Scottish Sun)

Celtic have been linked with Juventus star Mattia De Sciglio as Neil Lennon seeks to bolster his squad with another left-sided player ahead of the transfer deadline. (Scottish Sun)

SPFL chiefs will hold talks with Kilmarnock on Monday after the Premiership club's first-team squad was advised to self-isolate for 14 days - casting doubt on their ability to play their upcoming Betfred Cup ties. (Daily Record)

Signing an out-and-out number nine could give St Johnstone a "different dimension", according to the club's winger Craig Conway. (The Courier)

Rangers manager Steven Gerrard has challenged club captain James Tavernier to continue his impressive form in the coming months. "The challenge for Tav is that he has set a standard and he needs to try to maintain it for the rest of the season," says Gerrard. (The National) 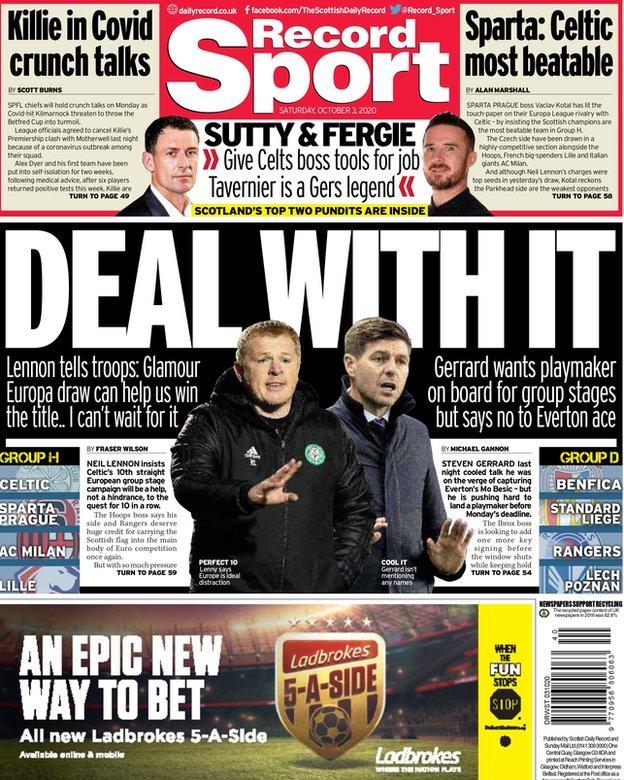 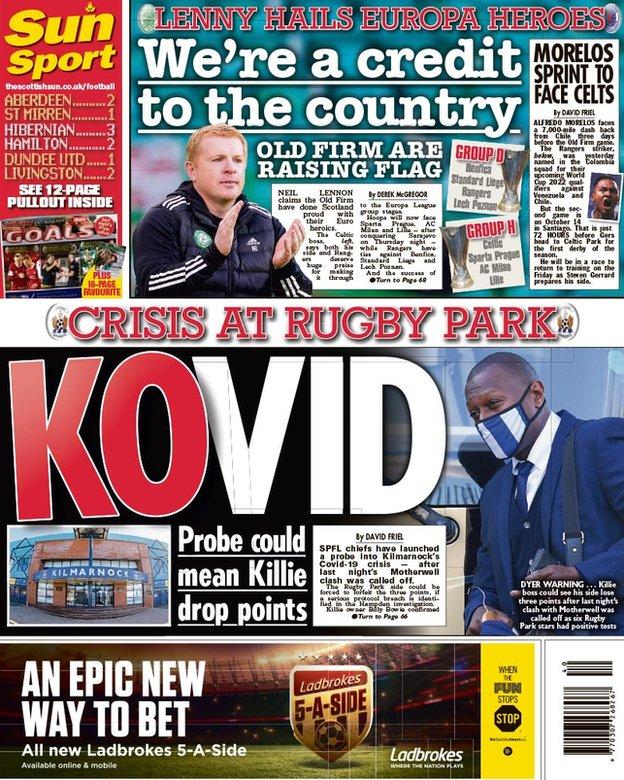 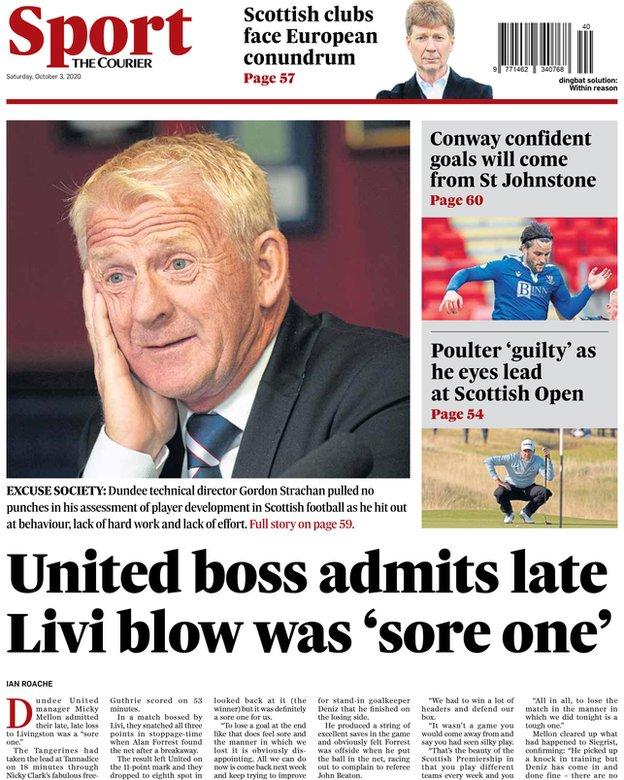 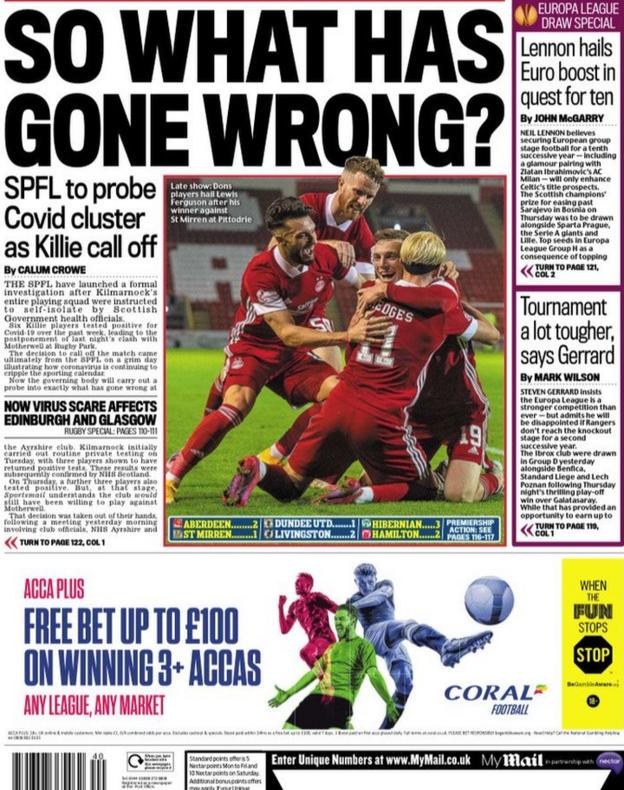