Harry Maguire's miserable start to the season continued with a red card as England had two men sent off for the first time in their Nations League defeat by Denmark.

Manchester United's captain suffered a 31-minute nightmare, shown a yellow card for a reckless early challenge on Yussuf Poulsen and then dismissed by Spanish referee Jesus Gil Manzano after he brought down Kasper Dolberg trying to retrieve his own poor touch.

England's night got worse four minutes later when Christian Eriksen scored his 34th goal for Denmark on his 100th appearance after Kyle Walker was harshly adjudged to have fouled Thomas Delaney.

In a low-key affair, England had their moments and it took a magnificent save from Kasper Schmeichel to claw away Mason Mount's close-range header as Denmark closed out the win.

England are now third in their group, with only the winners progressing to the Nations League finals in 2021.

Maguire endured what must have been one of the most miserable nights of his career before he was sent off after only 31 minutes.

It was bad from the opening moments when he needlessly left his foot in on Poulsen, and the rest of his performance was distracted and chaotic.

Maguire was ill-at-ease with England's three-man defensive system, often out of position, even pulling up holding the top of his hamstring at one point before his fate was sealed by a shocking first touch which he tried to retrieve with a lunge that injured Dolberg.

He looks like a player suffering mentally as well as physically following his recent arrest in Greece and it would be no surprise if he was also taken out of the line of fire at club level given his recent poor form.

He made an error that led to Tottenham's first goal in United's 6-1 home defeat before the international break and his display earned him a rating of just 1.85 out of 10 by BBC Sport readers - which was still higher than he carded for this defeat.

England never seriously troubled Denmark apart from a couple of late scares, Harry Kane looking out of sorts and the failure of manager Gareth Southgate to introduce the creativity of Jack Grealish ahead of Jordan Henderson - which is no slight on the Liverpool captain - a mystery.

There was also more uncertainty involving goalkeeper Jordan Pickford and Walker that led to a somewhat dubious penalty award - summing up what was a very unsatisfactory and disjointed night for England and Southgate.

Chelsea's James was arguably England's best player on his full debut - only to ruin all that good work after the final whistle when he got verbally involved with referee Manzano and was shown a red card.

It was a moment of frustration for the 20-year-old but also inexcusable ill-discipline, which has been a trend in England's recent games given Walker's sending-off in Iceland last month and the two dismissals here.

This was a bad night for England but James was one of those who could have held his head high, until he unwisely showed dissent to the officials.

James had been solid in defence and a real threat in attack, on a night when England were struggling with reduced numbers and were being held at bay by a resilient Danish rearguard.

Sadly for James, a fine performance will now be remembered for the wrong reasons.

'Very proud of the performance'

England manager Gareth Southgate talking to Sky Sports: "I was very proud of the performance. I thought we were excellent with 11 men and causing them all sorts of problems down our right-hand side. The sending off alters everything and the penalty - it's a foul on Kyle Walker and I don't see the foul at all. The less said the better.

"We showed resilience and showed a great example of how to play with 10 pragmatically, and when to press. Their keeper made an amazing save to keep it at 1-0. I couldn't be prouder of the boys in the last 10 days, they are learning and improving. We've had any number of changes to our preparation and showed resilience." 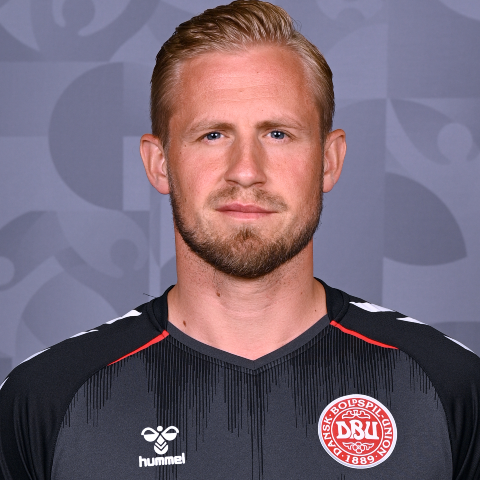 Three defeats in 50 - the stats