Illan Meslier arrived at Leeds United for about £5m as a relative unknown - but the goalkeeper has just announced himself on the Premier League stage in fine style.

The 20-year-old was praised by fans and pundits alike after a superb display in his side's 1-0 win at Sheffield United on Sunday.

The French goalkeeper produced sensational saves to deny John Lundstram and George Baldock, prompting Leeds supporters to call him "magnifique Monsieur Meslier" and Blades players to apparently ask: "Who is this guy?"

BT Sport pundit Robbie Savage described Meslier's display as "one of the best I have seen for a long time from a young goalkeeper".

Leeds boss Marcelo Bielsa called Meslier a player with "character and qualities", while team-mate Patrick Bamford warned fellow Premier League strikers that he expects the France Under-21 international to get even better.

"Every shot he saved their players were like: 'Who is this guy?'" Bamford told BT Sport.

"He is a brilliant keeper. The first time people outside saw him was against Arsenal and you saw how good he was then. He is growing with each game and deserves all the plaudits."

While Meslier shipped seven goals in Leeds' opening two games after their top-flight return, he barely put a foot wrong in those matches and since his league debut on 29 February, no goalkeeper has kept more clean sheets in the top four tiers of English football than the Frenchman.

Meslier joined Leeds on loan last summer from French side Lorient, for whom he played 30 times in the French second division during the 2018-19 season.

There was an option to buy the keeper in that deal and his performances, both in last season's run-in as Leeds won the Championship and the start of this term, are already enough to suggest they've got themselves a bargain at £5m.

He made his debut against Premier League side Arsenal in the third round of last season's FA Cup and impressed with his distribution skills and an assuredness beyond his years.

When first-choice Kiko Casilla was banned for eight games after being found guilty of racially abusing an opponent, Meslier stepped in and has not looked back.

A confident, popular member of the Leeds squad, and one blessed with all the attributes required of a keeper in a side that build from the back, he kept seven clean sheets in 10 games to help Bielsa's side seal promotion back to the Premier League.

Still a young player with a slight frame, there were some who wondered how he might fare under physical pressure in the top flight, and the concession of seven goals in his first two games could have dented his confidence.

But he produced his finest display to date to claim his first top-flight shutout on Sunday, and appears to have a bright future. 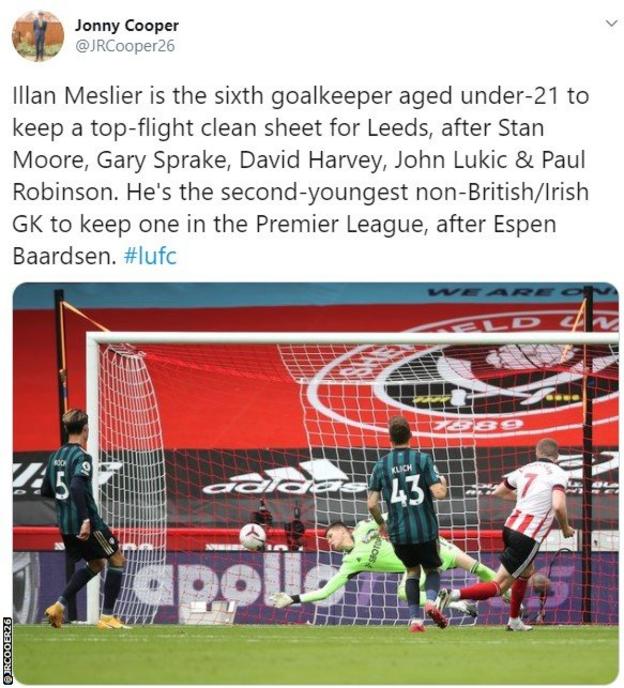 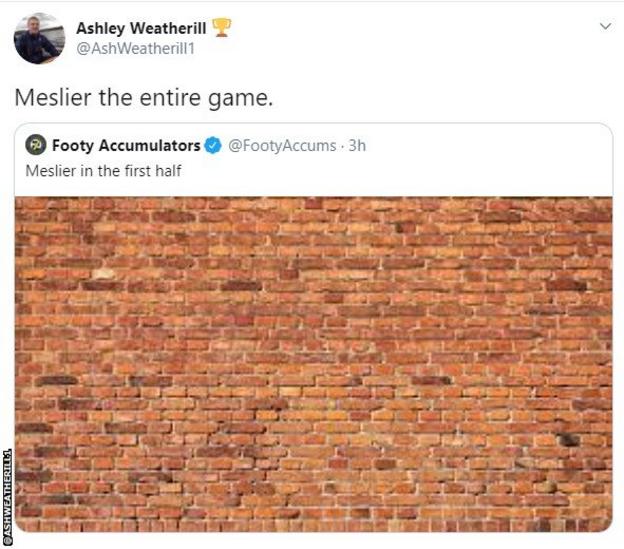