Promotion Ting was released via Link Up TV this week.

Now, when we hear a footballer has released a rap track, we're usually filled with an all-consuming dread.

Remember that video of Erling Braut Haaland doing the Flow Kingz track in his back garden? 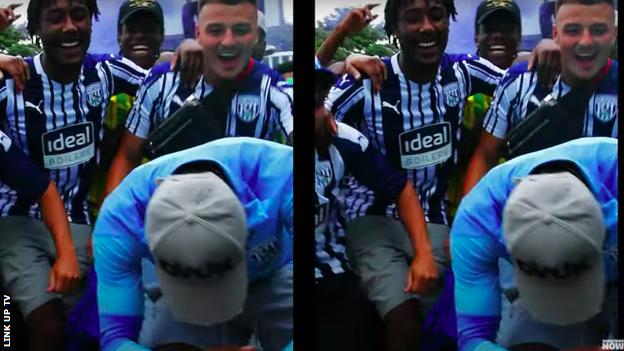 But we're happy to confirm Promotion Ting is a life-affirming paean to West Brom's return to the top division, and Edwards' rise through the game.

"It's a promotion ting, won't lie, this ting weren't easy. Right now, I'm suuuuuper gassed 'cause I know the Prem's going to see me," goes the chorus.

There's a line on the final Championship game of the season, when the Baggies won promotion despite failing to beat QPR.

"Done it all on a Wednesday night, you probably saw that on the TV. If I told you how it ended, you probably wouldn't believe me."

There are also shout-outs to a number of his team-mates - including Matheus Pereira.

"With Pereira, the guy's got too much flare. Who knows what he's going to do next, can't say, that's up in the air."

And Edwards can't resist a little boast about the opening day of the 2019-20 season, when he scored in a man-of-the-match performance against Nottingham Forest.

"Kicked off in Notts, the game was all correct. Chopped in with the right foot, then I had to slap that one with the left."

All in all, it's top stuff. We see you, Edwards.