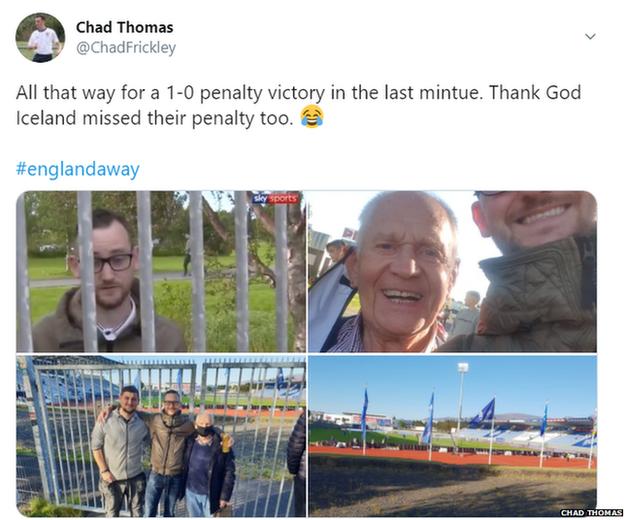 Football fans have been forced to find new ways of supporting their teams of late, but one loyal England follower took that to a whole new level on Saturday.

As Gareth Southgate's side took on Iceland in their Nations League opener in Reykjavik, Chad Thomas could be found watching the action from behind a fence on the perimeter of the stadium.

That was despite the prospect of five days quarantined alone in a hotel room on arrival, before a match to be played behind closed doors.

It was a combination of factors which deterred all his fellow Three Lions supporters, but not Thomas.

The Frickley Athletic fan, from South Elmsall in Yorkshire, made the three-hour, £70 flight to Iceland, spending £410 on an 11-night stay, to be present for the Three Lions' largely uninspiring return to action. 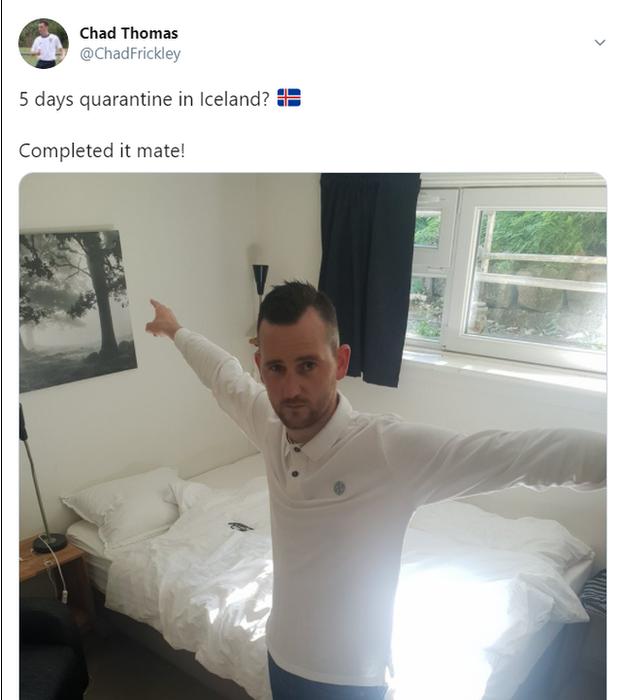 "It was a spur of the moment thing," Thomas told Sky Sports News prior to kick-off.

"A lot of England fans would have come over if it wasn't for the quarantine. A lot of flights were booked."

Under current rules, those arriving in Iceland must submit two tests for Covid-19 either side of five days in quarantine, isolating until the results of the second test are known. After five days which were "lonely at times", Thomas was given the all-clear at 4.20pm on Friday.

Thomas was made to wait 90 minutes before being treated to a chaotic finale, as Raheem Sterling's 91st-minute penalty proved decisive once the hosts squandered the chance to equalise with a 93rd-minute spot-kick of their own.

He was also among the England fans to travel to Croatia to watch a behind-closed-doors match from a hill-top in October 2018 - though on that occasion the ban on fans was due to Uefa sanctions against Croatia and the game finished goalless.

On his distanced view of the action on Saturday, Thomas said it was "almost like being in the stadium", adding he goes the extra distance for England "for the love of football and for the love of travel".

He told BBC Sport: "The quarantine was a challenging experience. I did a lot of reading and cooking to pass the time, but at 4.20pm Friday local time I punched the air as that was me out of quarantine.

"I stayed in a flat in the centre. My friends and fellow England fans thought I was mad by doing this. The spot by the fence was great, you got a whole view of the pitch and it was like being in the stadium itself.

"There were a few locals there and they were all great company. I plan on staying in Iceland now and being a tourist because I've been to Denmark and you can't see any of the football because of the big stadium there." 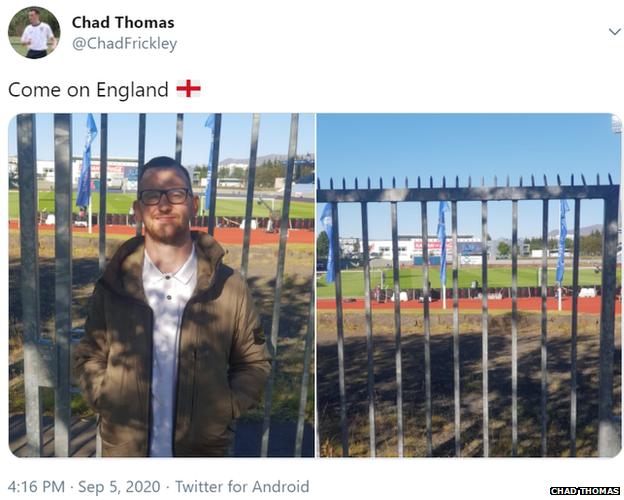