Aston Villa are ready to test Celtic with a £30m bid for striker Odsonne Edouard. (Sun)

Leeds United are not giving up on their pursuit of Ryan Kent and will return this week with a £14m bid for the Rangers winger. (Sun)

Ferencvaros star Somalia has warned Celtic the Hungarian side will be no Champions League pushovers - and says next week's qualifying clash is a 50-50 tie. (Sunday Mail)

Rangers midfielder Joe Aribo sets himself a goal target of "double-digit figures as a minimum" as he responds to praise from Ibrox legend Brian Laudrup. (Sunday Mail)

Former England and Russia head coach Fabio Capello says he is impressed with the way Columbia striker Alfredo Morelos has been moulded by Scottish football while with Rangers, in a similar way to Lyon's Moussa Dembele during the Frenchman's time with Celtic. (Sunday Post)

Hibernian head coach Jack Ross is happy to buck the trend and play with two up front as Kevin Nisbet and Christian Doidge work on a promising partnership. (Edinburgh Evening News)

Former Livingston striker Lyndon Dykes, who could be called up by Scotland head coach Steve Clarke next week, made a dream debut for Queens Park Rangers with a goal and two assists in a 3-0 friendly victory against AFC Wimbledon. (Sun) 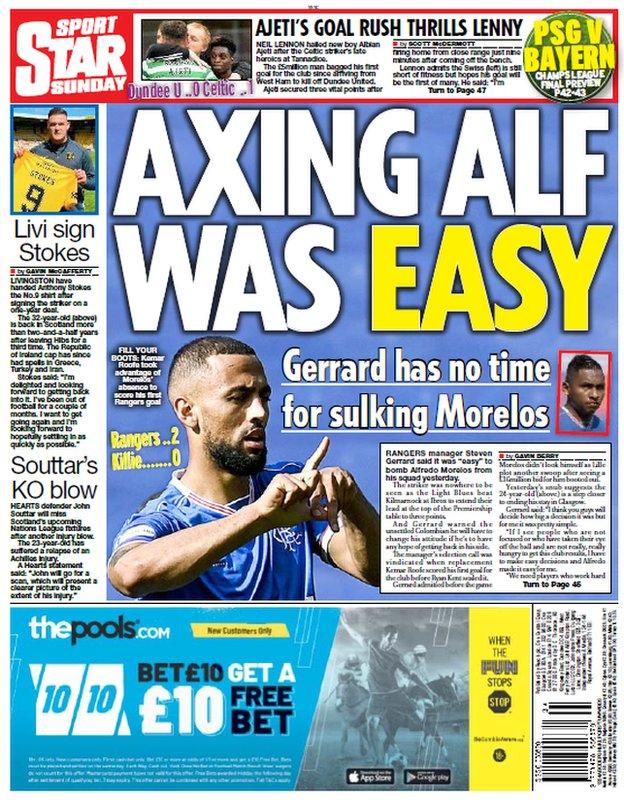 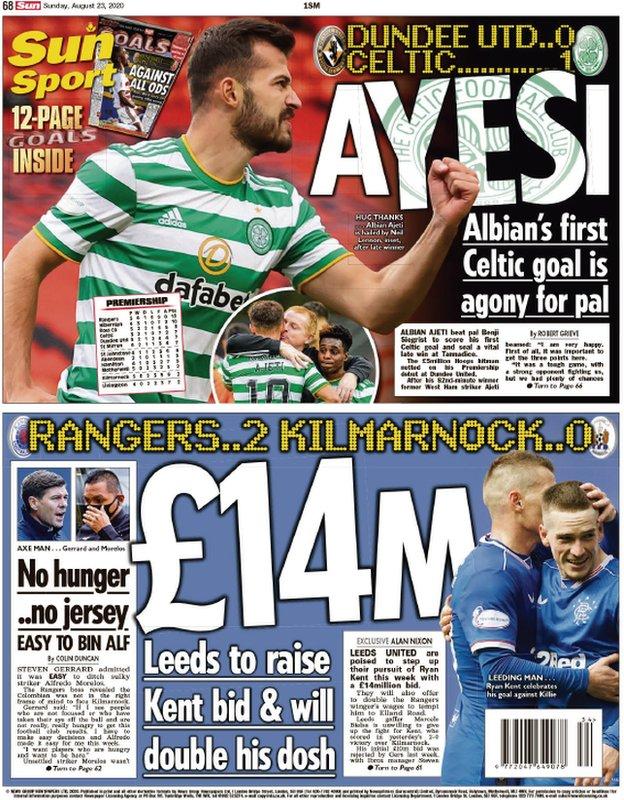