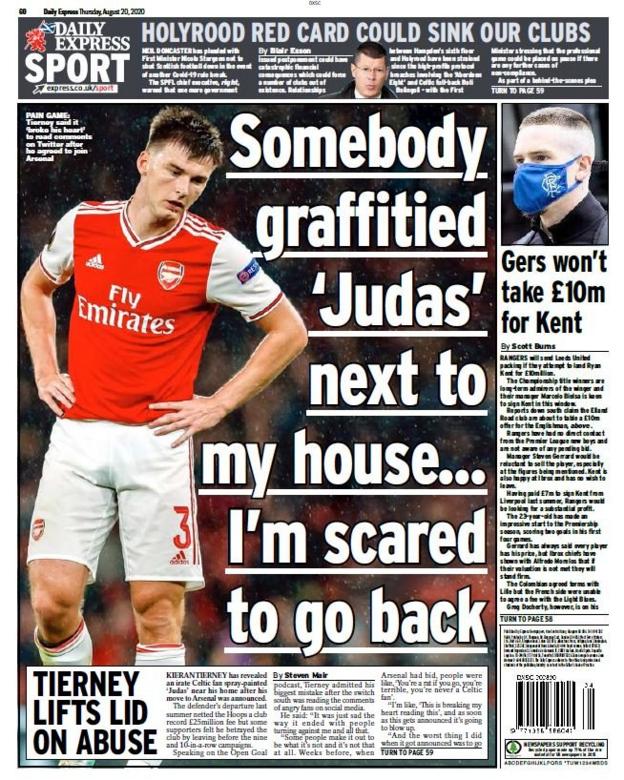 Arsenal and Scotland left-back Kieran Tierney reveals his upset at someone daubing "Judas" near his home when it was announced he was leaving Celtic in a £25m move. (Express, paper edition)

Tierney told the Open Goal Podcast that the worst thing he did was look at the comments from Celtic fans on Twitter. "It was just sad the way it ended, people turning and all that," he said. (Daily Record)

Rangers midfielder Greg Docherty is close to completing a three-year £400,000 move to Hull City. He had a medical on Tuesday ahead of the transfer. (Sun) 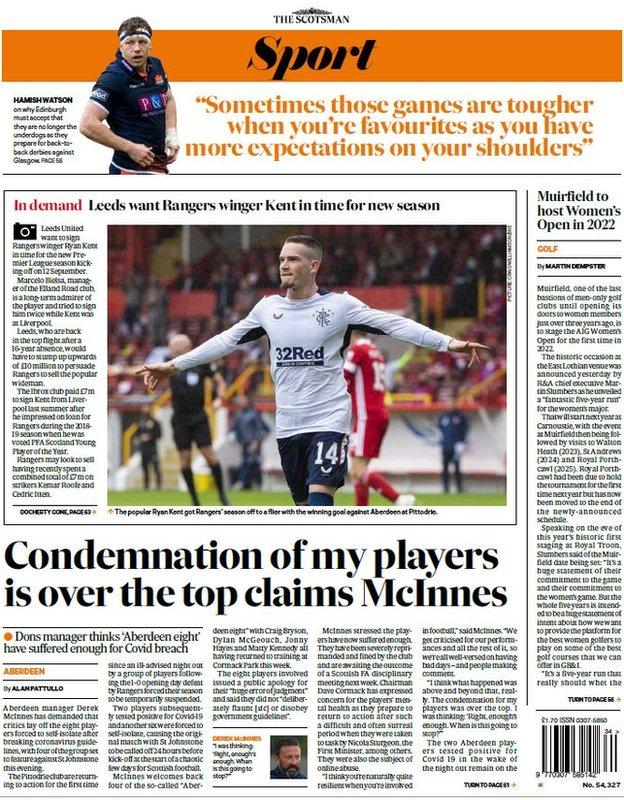 Rangers have had no direct contact with Leeds about a bid for Ryan Kent, who is thought to be happy at Ibrox. (Daily Record)

They may have missed out on Aberdeen striker Sam Cosgrove, but French side Guingamp are back scouring the Scottish player pool and have Dundee United's Lawrence Shankland in their sights. (Sun)

Former Celtic manager Gordon Strachan says he can picture French striker Odsonne Edouard playing for Liverpool but would rather he stayed at Celtic. "I want the best players to be playing in Scotland because that only helps the product and the standard across the board," he said. (Sun) 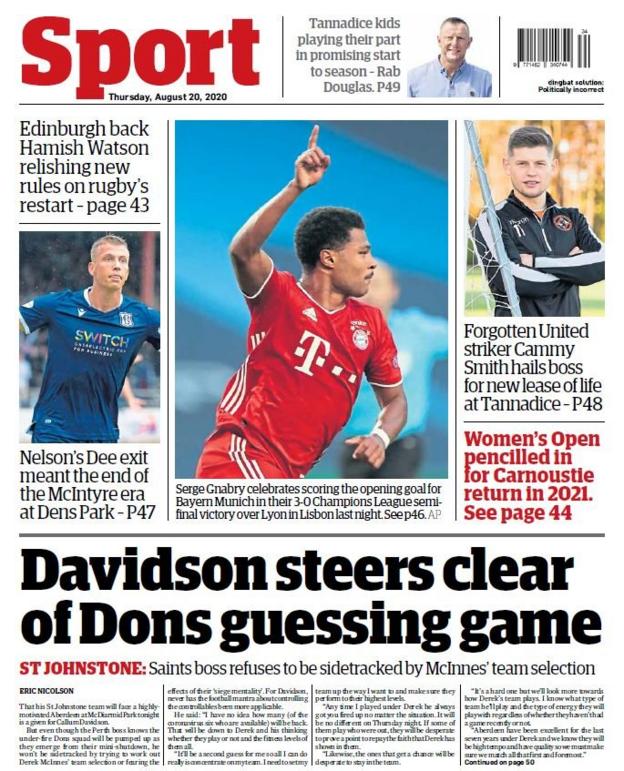 St Johnstone manager Callum Davidson refuses to be distracted by whom Aberdeen boss Derek McInnes will select for their Premiership match on Thursday evening, with four of the eight Dons players quarantined after a night out available for selection. (Courier)

Former Rangers full-back Arthur Numan describes the club's new striker Cedric Itten as "dangerous around the box". AZ Alkmaar sent Numan to scout on Itten when he was at St Gallen and the Dutchman was impressed by his ability. (Herald)

Wolfsburg admit they are in the dark about Glasgow City ahead of Friday's Women's Champions League quarter-final, because they haven't watched them play for six months. (Anyone's Game, subscription)