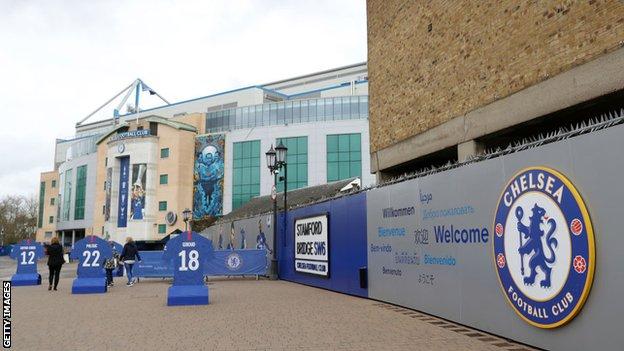 A leading bookmaker has apologised for using a homophobic slur in a marketing video about Chelsea fans.

Paddy Power runs a series of 'Fan Denial' videos - including one after Arsenal beat Chelsea in the FA Cup final - where they mock comments from fans on social media.

The video was removed after criticism from anti-discrimination charity Kick It Out and several fan groups.

Paddy Power says it "does not condone the use of such derogatory terms".

The bookmaker said it is reviewing its content process.

"An advert like this is designed to provoke and does nothing to further inclusion in football," said Kick It Out chairman Sanjay Bhandari.

"All it will do is encourage people to keep using this hideous language, not just on social media but in matches too."

Chelsea Pride, the fan group of LGBT+ supporters, said it was "disappointed" to see the film because it "perpetuates the idea that this kind of 'banter' is acceptable in football. It is not."

The group added that it was "relieved" that the video was removed but that further education was needed.