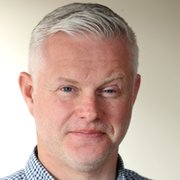 Glentoran beat Ballymena United 2-1 after extra-time with a late Robbie McDaid winner to lift the Irish Cup at Windsor Park.

McDaid struck in the 115th minute from a Ciaran O'Connor cross to secure victory for the Glens.

It was the first match in the UK since March to be attended by fans, with 500 supporters watching on.

Paul O'Neill gave the east Belfast side a half-time lead that was equalised after the break by Cathair Friel.

It is a 23rd Irish Cup success for the Glens, who had beaten Cliftonville on penalties in the semi-final on Monday, and it secures all-important European football for next season.

There was added poignancy on the night with captain Marcus Kane lifting the trophy seven months after tragically losing baby son Harrie.

It looked like the final was heading for a shoot-out as well until Ciaran O'Connor made a good run down the left and delivered a cross which McDaid met perfectly with his left foot to guide into the bottom corner.

It was cruel on the Sky Blues who will feel they edged the game, particularly in the first half when they were on top either side of O'Neill's opener.

With both of Monday's semi-finals at Windsor being played behind closed doors, each club had 250 supporters in the stadium on Friday night, with each set behind the goals doing their best to generate an atmosphere for a showpiece played in the midst of the Covid-19 pandemic.

There was a sing-off just before kick-off with plenty of vocal backing throughout the match, but it was always going to feel very different without the usual size of crowd in attendance, and there were periods of the game when the lack of crowd noise could be felt.

O'Neill's opener came in the 21st minute when the attacking midfielder latched on to a headed clearance from Ballymena skipper Jim Ervin.

The 20-year-old manoeuvred the ball on to his left foot and, from 20 yards out, placed an exquisite low drive that had too much power for goalkeeper Ross Glendinning and curled into the bottom corner for his 11th goal of the campaign.

Friel equalised three minutes into the second half when he fired home a bullet header at the near post from a well-delivered Steven McCullough corner.

Veteran Glens goalkeeper Elliott Morris went down claiming he was fouled by Adam Lecky as the corner was being taken, but referee Tim Marshall played on after what looked like nothing but a coming together.

While Glentoran's last two Irish Cup final wins - in 2013 and 2015 - felt very much like sporadic glimpses of the past from a big club in serious financial decline, this victory feels much more like a launch pad for future success.

The investment last summer by businessman Ali Pour injected a new life and dynamism into the east Belfast club, as well as a lot of money, and manager Mick McDermott has been building a squad with significant strength across all positions.

He insisted before the final that an Irish Cup win would be ahead of schedule for their plan, but they were also genuine contenders for the league title in January before their challenge fell off as spring was arriving.

Friday's final performance was far from a vintage one, with O'Neill's outstanding strike and McDaid's predatory instincts their standout pieces of quality, but they fought hard to withstand Ballymena's pressure to claim a late win.

McDermott said from his arrival last March that the club could not rely on Pour's financial muscle forever and would instead need to generate their own finances, and taking their place in next season's Europa League will go a long way to helping with that.

Having beaten Coleraine on penalties in the last four on Monday, David Jeffrey's Sky Blues came into this final trailing their opponents by 31 points and having not won the trophy by the same amount of years.

Attacking the East Stand where their 250 supporters were housed, they started with a high intensity with striker Adam Lecky central to a number of passing moves.

The midfield trio were seeing plenty of the ball and Joshua Kelly made a great break forward just before O'Neill's goal, running on to a fine pass from Andy McGrory but chose to square it rather than shoot and the attack came to nothing.

Friel, who was quiet in the first half after an ineffective semi-final, showed his sharpness for his goal and came alive after getting on the scoresheet to start linking well with strike partner Lecky.

It was not to be in the end for Jeffrey's men, who walked off the pitch dejected no less than 399 days after they had began their 2019-20 campaign with a European tie.