Celtic have been told to up their bid of £4m by Peterborough United for their forward Ivan Toney, who was the top scorer in England's League One last season (Scottish Daily Mail - print edition). 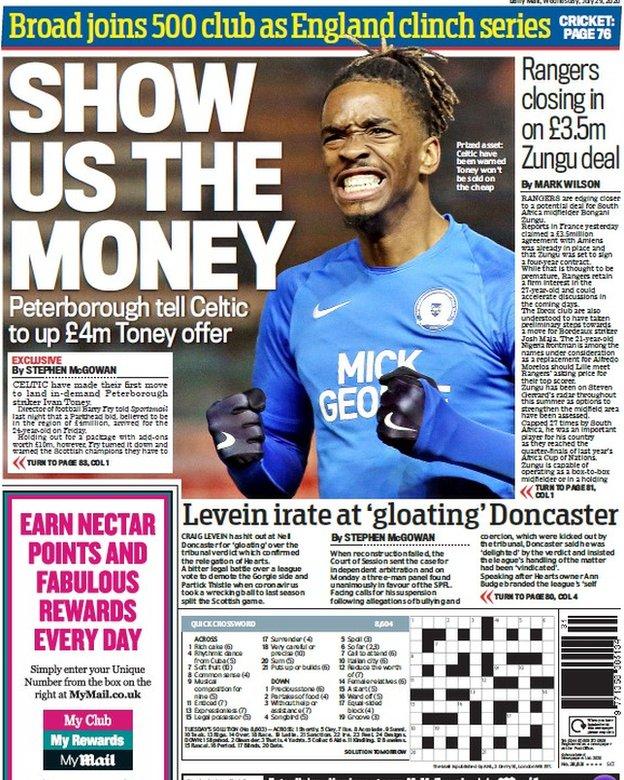 Celtic's bid for Toney fell short of an offer from an English club, which was above £6.5m (Daily Record).

Rangers are edging closer to a £3.5m deal for South Africa midfielder Bongani Zungu from French side Amiens, though no offer has been made. (Scottish Daily Mail - print edition; Scottish Sun).

Goalkeeper Vasilis Barkas has arrived in Glasgow and will complete a medical with Celtic on Wednesday (Scottish Sun). 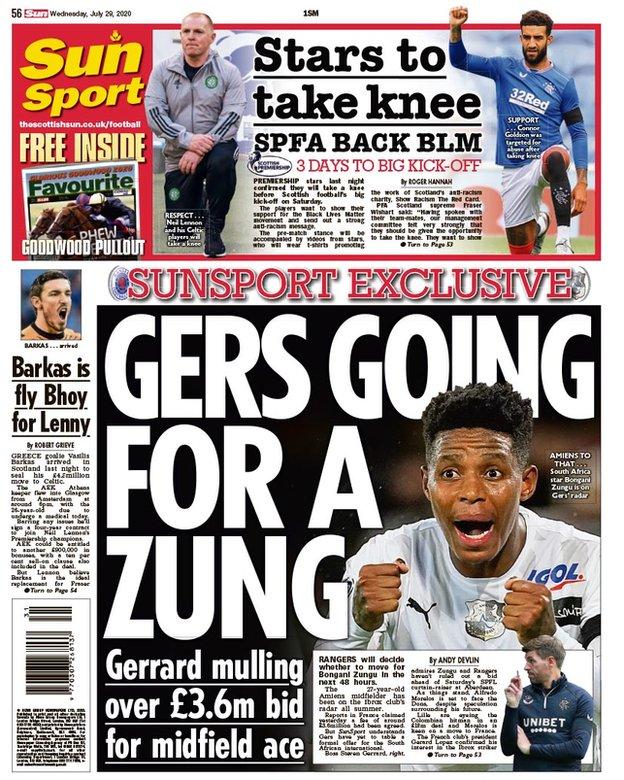 Queen's Park Rangers are not interested in signing Scott McKenna from Aberdeen, having had a bid of £3m rejected last year (The Herald).

Referee Kevin Clancy says he and other officials are well aware what is at stake this season, as Celtic attempt to secure a record 10 titles in a row (The Herald).

Crystal Palace will consider putting Scotland winger Ryan Fraser, 26, on their list of summer targets after his departure from Bournemouth. (Telegraph)