Fans will be able to watch one-off Scottish Premiership games this season after the SPFL confirmed clubs can sell matches on a pay-per-view basis.

The league announced at the start of June that clubs could stream home fixtures to season-ticket holders only.

But supporters can now buy individual games or away matches - as long as they are not being broadcast by Sky Sports - when the season starts on Saturday.

Only Celtic and Rangers are yet to confirm if they will sell single matches, although Hibernian will not have the service in place until October and Aberdeen will monitor how it works this weekend before deciding what they will do.

The agreement will remain in place as long as games are taking place behind closed doors or with restricted crowds.

Sky's £160m five-year deal allows it to show 48 games each season, but all other matches can be streamed by clubs should they choose to do so. 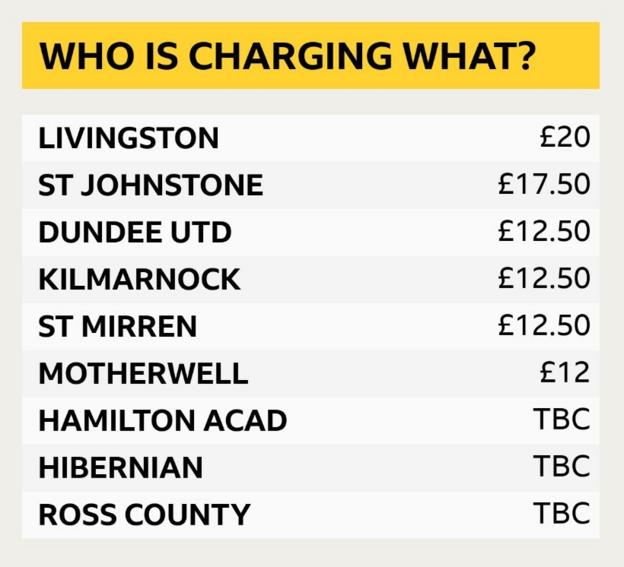