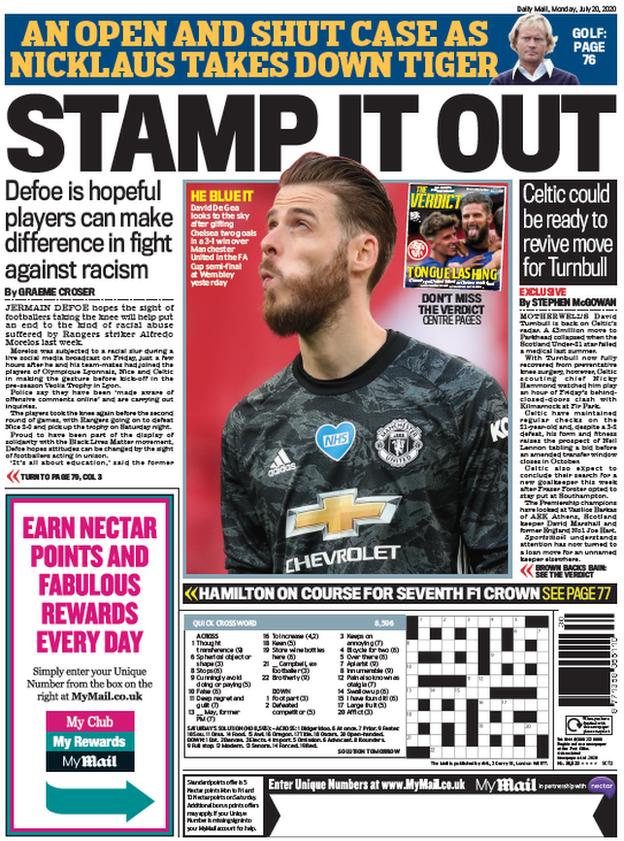 Motherwell attacker David Turnbull is back on Celtic's radar, with the 21-year-old now fully recovered from the knee issue that caused the collapse of his £3m move to Parkhead last summer. (Daily Mail, print edition)

Celtic captain Scott Brown insists the players will be delighted if Scott Bain starts the season as first-choice goalkeeper, despite the club's attempts to sign a new number one. (Daily Record)

Winger Brandon Barker will be given one last chance by manager Steven Gerrard to prove he has a future at Rangers. (Sun)

Former Scotland midfielder Craig Bryson is ready to prove his worth for Aberdeen, says manager Derek McInnes, after an injury-ravaged first season at Pittodrie. (Daily Record) 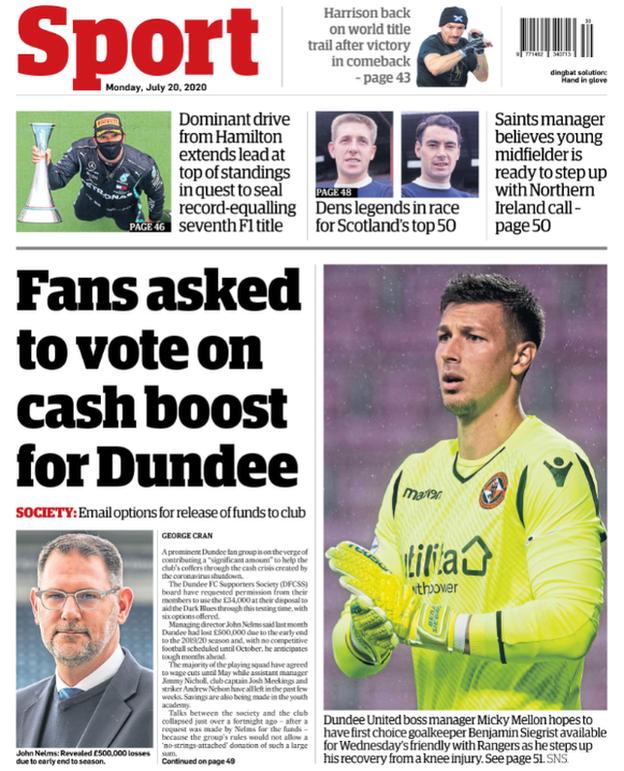 A Dundee fans' group is set to donate £34,000 to the club to help amid the cash crisis caused by the coronavirus shutdown. (Courier, print edition)