Istanbul Basaksehir claimed their maiden Turkish Super Lig title and the first major honour in the club's history with victory over Kayserispor.

Mahmut Tekdemir's first-half goal proved enough as Basaksehir wrapped up the league with a game to spare.

Basaksehir have been runners-up in the league on two occasions.

Last season they led the way with four games remaining before faltering and coming second by two points to Galatasaray.

Should Basaksehir and Premier League side Manchester United progress from the last-16 of the Europa League, they will meet in the quarter-finals of the competition in a single-legged tie in Germany.

Basaksehir were founded in 1990 as an amateur side and were taken over in 2014 by a group of businessmen close to Turkey President Recep Tayyip Erdogan's ruling party.

Rival supporters see their route as an artificial one, relying on outside investment that has paid for a new stadium and new players, including former Manchester City and Brazil forward Robinho.

Istanbul giants Galatasaray, meanwhile, will not play in Europe next season after finishing outside the top-four places. Fenerbahce will end seventh but Besiktas are assured of a Europa League place. 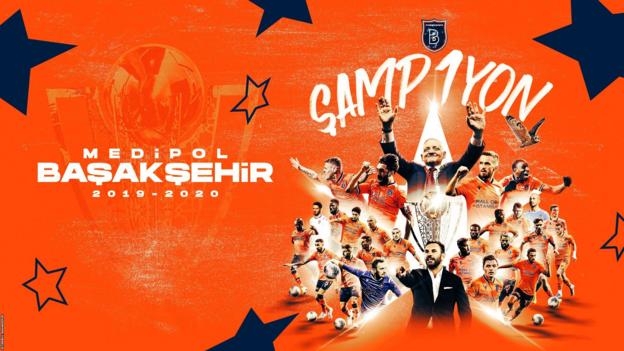